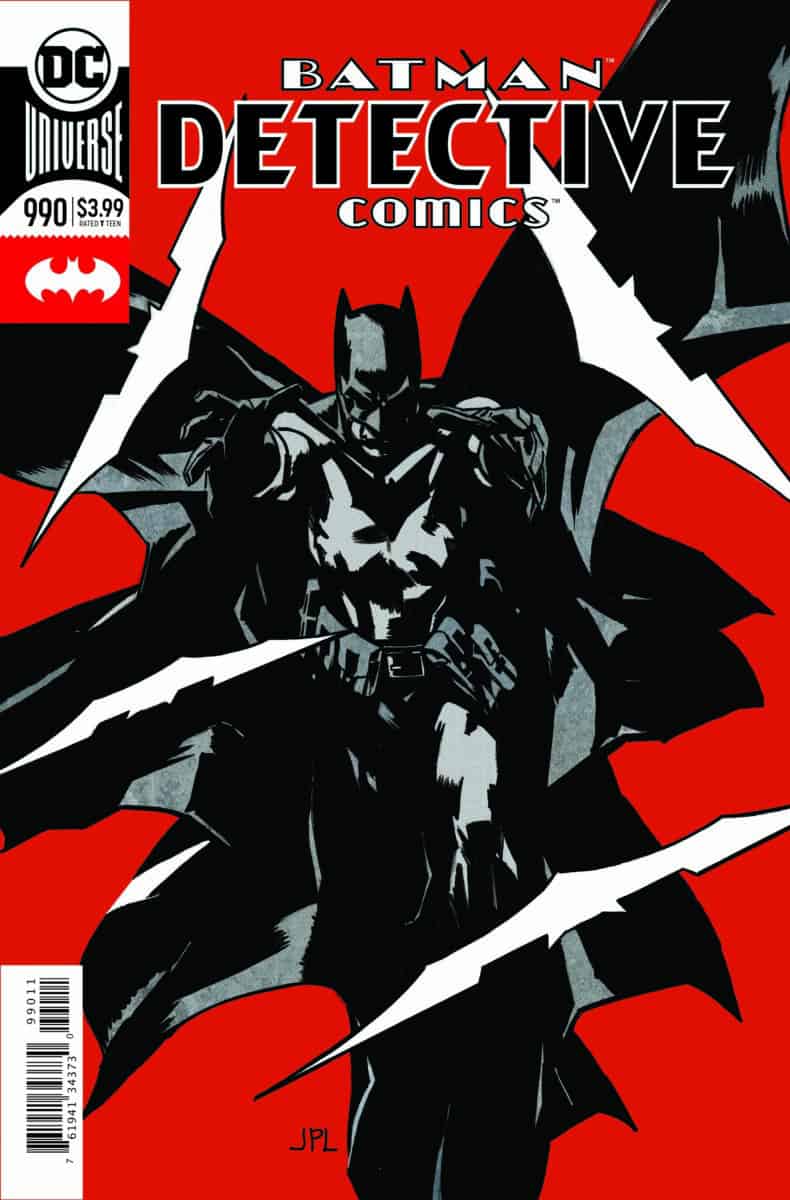 Batman continues his hunt for Two-Face after their latest confrontation ends in the villain destroying his own base and almost killing everyone in it. When Harvey escapes, Bruce decides to get with Duke to uncover some clues that only the Signal can access during the day. After getting the information he needs, he decides that it’s time to confront Harvey again.

That night, Gordon and the rest of the GCPD are going about their business when the power is cut off in the building. When a hit squad from KOBRA appears in the building and starts killing everyone they see, Gordon finds himself being rescued by someone unlikely as Batman races to his next confrontation with his old friend.

At points in this issue and with the arc itself, I find myself wondering where this story is going. There are several really good parts of this issue, but I continue to find the apparent arrogance of Batman to be off-putting. I understand that taking on the punks he’s fighting isn’t a big deal. I understand that a room full of gun-wielding thugs is a walk in the park to the dark knight, but having him point it out is annoying. If there is no tension in those moments, why bother showing them? We all know that Batman is a skilled fighter and tactician, but to have him pointing out to people that what he’s doing is easy just removes anything interesting about the moment.

Segovia’s art is really good. I liked all of the action beats in this issue and they would have had more dramatic tension if the characters didn’t dismiss or diminish what I am seeing on the page. Other than that, this is a solid issue that does a good job of making me interested in what happens next.