This week is a big week for giant robot fans, as the first-ever assortment of D-Formz PVC Figurines, based on Pacific Rim Uprising, hits stores! They’re actually very small, but it’s still a big deal! They’re joined on shelves by  two new Nightmare Before Christmas Coffin Dolls and four – four! – new Marvel Gallery PVC Dioramas: Venom, Star-Lord, Black Panther and Cloak & Dagger! ­Read on for details, and find a store near you at comicshoplocator.com, or order online at shop.diamondselecttoys.com!

A Diamond Select Toys release! The Dimorphic Duo shine their light on the Marvel Gallery line! Representing the forces of darkness and light, Cloak and Dagger are the newest PVC diorama to come out of DST, with the lithe figure of Tandy Bowen throwing her light daggers as Tyrone Johnson materializes behind her from the Darkforce Dimension. This 9-inch PVC diorama captures them in their timeless costumes, and comes packaged in a full-color window box. Designed by Caesar, and hand-sculpted by Jon Matthews! (Item #JUN182324, SRP: $45.00)

A Diamond Select Toys release! Can you smell what the Brock is cooking? Peter Parker-hating Eddie Brock reunites with his partner in hate, the alien symbiote, to become Venom once more in the latest Marvel Gallery PVC Diorama! Measuring approximately 9 inches tall, this sculpture depicts Venom mid-merge, with Brock visible under the symbiote, and is made of a high-grade plastic with detailed scupting and paint applications. Diorama comes pakaged in a full-color window box. (Item # MAY182304, SRP: $45.00)

A Diamond Select Toys release! How hot is your Gallery? The Black Panther braves the flames to become the newest PVC Diorama in the Marvel Gallery line! Vaulting over the flaming wreckage of a car chase gone bad, T’Challa is sculpted in a 9-inch scale and cast in opaque and translucent plastic for a realistic flame effect. Featuring detailed sculpting and paint details, the diorama comes in a full-color window box. (Item #MAY182305, SRP: $45.00)

A Diamond Select Toys release! It’s Star-Lord! Who? You know, Star-Lord? The leader of the Guardians of the Galaxy, comrade of the Avengers, enemy of Thanos and his cohorts? No? Well, this 9” scale PVCdiorama stands approximately 11 inches tall and depicts the space hero rocketing up with his jet-pack, element guns drawn. This exclusive unmasked version features the likeness of actor Chris Pratt, and comes packaged in a full-color window box. Sculpted by Rocco Tartamella! (Item #JUN182326, SRP: $45.00)

A Diamond Select Toys release! The Coffin Dolls line just got super-sized! Just in time for the 25th anniversary, these two new releases of Jack and Sally from Tim Burton’s The Nightmare Before Christmas feature new facial expressions and new accessories – a podium for Jack and a cauldron and spoon for Sally! Each 14” scale doll features a real cloth costume and multiple points of articulation, looking like it just stepped off the big screen! Each comes packaged in an oversized coffin-shaped window box. Heads not final. 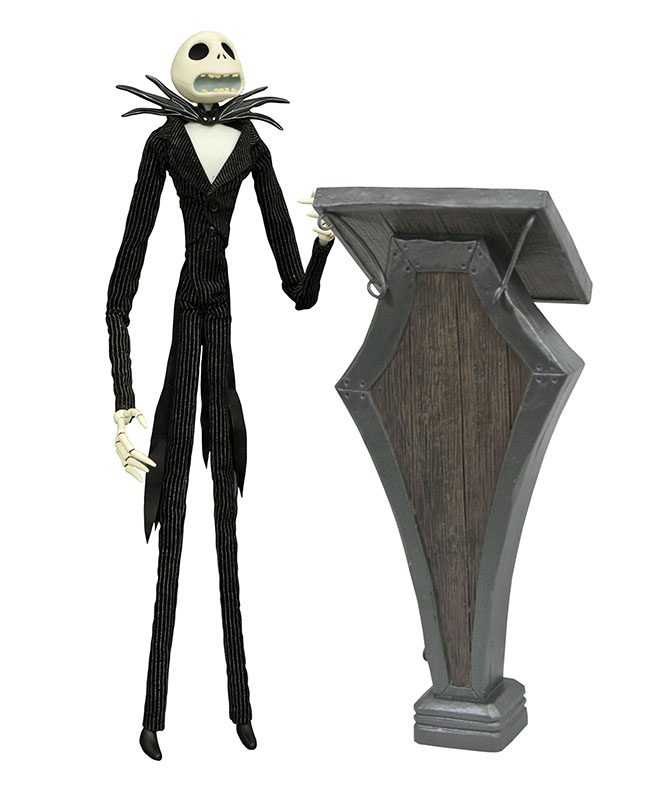 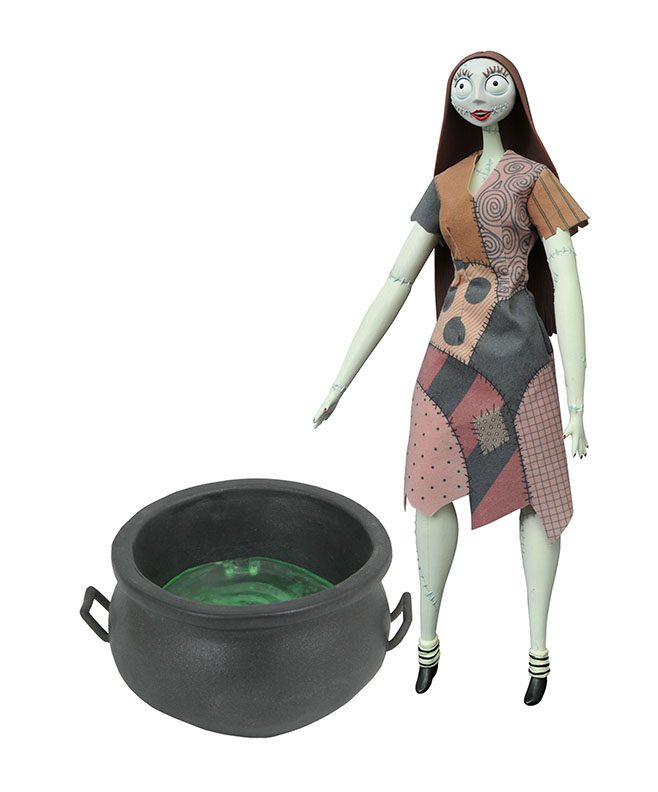 Join the Uprising! The new Pacific Rim Uprising movie has introduced the world to new heroic Jaeger robots and new evil Kaiju monsters, and now you can get them all in a tiny, collectible format! Each blind-packaged box contains either a Jaeger or a Kaiju, sculpted in the adorable “chibi” style, including Gipsy Avenger, Saber Athena, Bracer Phoenix and the hideous Raijin! There are 7 different variations to collect! Sculpted by Bigshot Toy Works. A Diamond Select Toys release! (Item #APR182180, SRP: $7.99/ea.)

Find a store near you at comicshoplocator.com, or order online at shop.diamondselecttoys.com!