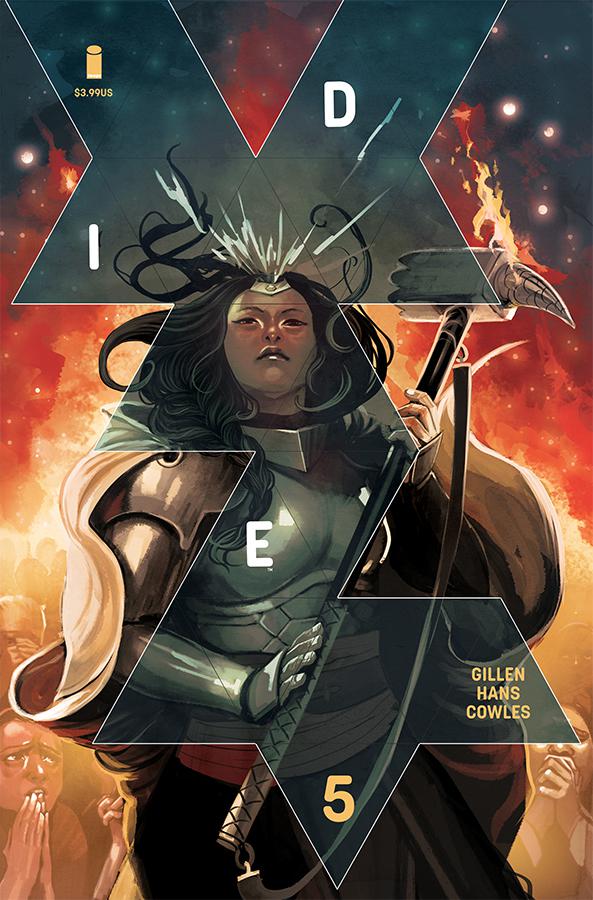 Once again Gillien and Hans have been able to raise the bar and improve upon the story and characters in each subsequent issue. In Die #5 this was particularly evident as the story takes on a more immersive and grander arc. Their ability to tell a complex story around each character’s personality is on full display in this issue.

Gillien’s writing of the characters is used to full effect. We are able to see personality and character traits come true from when Sol gave them their roles in issue #1. The flow of the story is paced perfectly to absorb the feelings and emotions surrounding each situation in this issue.

Hans’ art helps solidify this creative partnership. Her art in this issue is challenged by the massive scale of the story and never falters. The style compliments the writing as it is able to adapt to the ever-expanding story and ideas.

Some of the more obvious issues with Die are on display in this issue. Most of the characters seem to revert back to their younger selves with little growth in areas when they are spotlighted or showcased. This doesn’t affect the story as much in previous issues but it is an ongoing problem.

Overall Die #5 is a strong issue that helps push the story forward and gives us a new challenge for the party to overcome. Gillen and Hans have been able to create their own interesting world for 5 straight issues and the story doesn’t look like its slowing down any time soon.