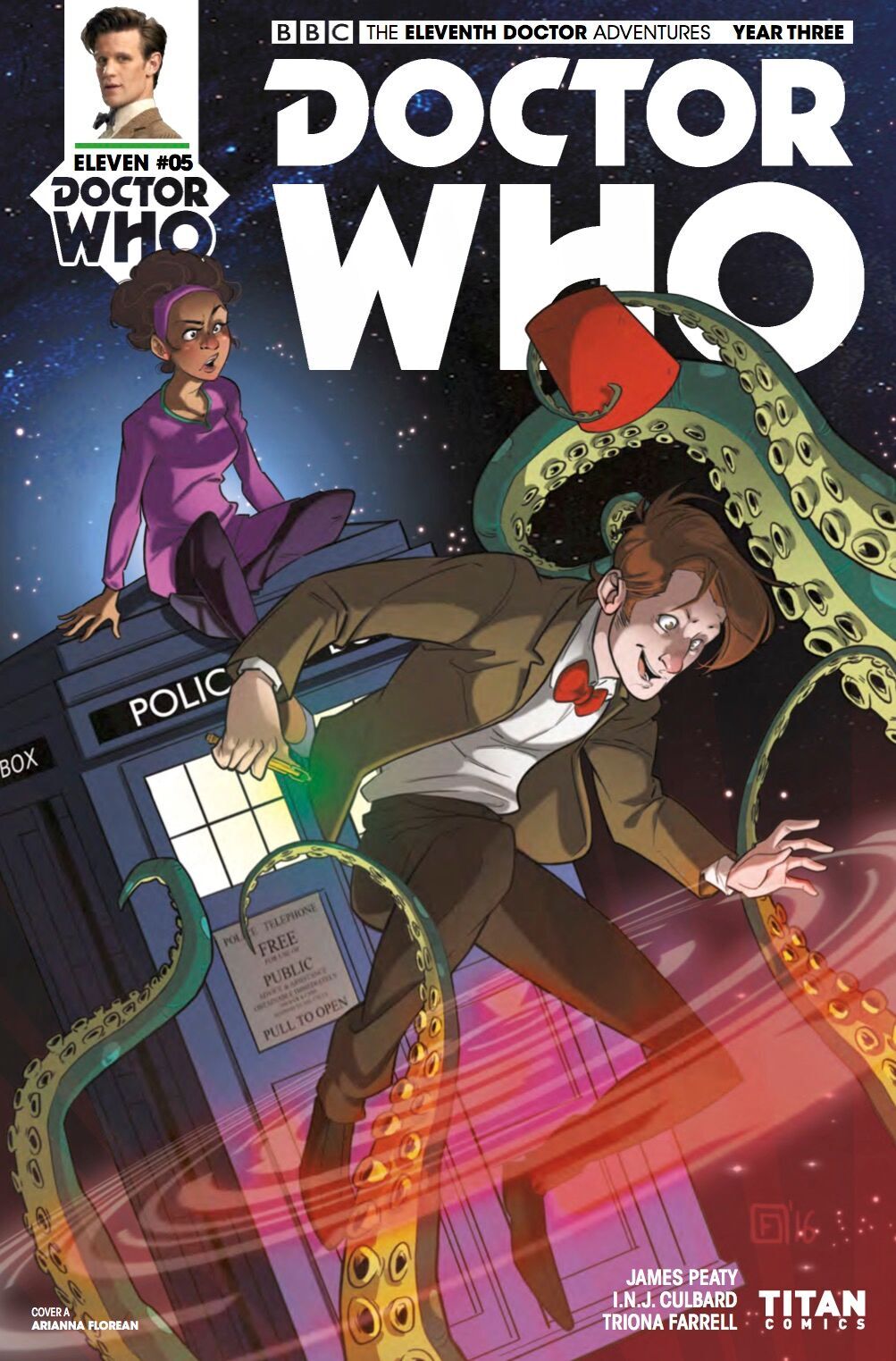 Doctor Who The Eleventh Doctor Year Three #5: Time of the Ood
Titan Comics

Ah, the Ood. Love a good Ood. Gentle creatures born with their brains in their hands, singing a song that unites them all no matter where in the Universe they may be. That is, except for the Ood that still remain in servitude.

And here is where we are re-introduced to the Ood, to the fifteen still being utilized as slaves.

The newest member aboard the TARDIS, the Sapling, gets a message in his mind, that transports them to a leisure hub near a black hole called the Devil’s Eye. The Eleventh Doctor sadly is met with twelve (I know I said fifteen, but the other three come in later) Ood, whose minds have been so warped, that they turn evil, and kill their “masters.” Just once can the Doctor land in a relaxing situation? Apparently not. Not even at a place for exactly that.

The Sapling receives a message in his mind.

Those who were working to free the Ood became malevolent in nature and started killing people who weren’t following their ideology for helping the poor alien squid people. What? They have tentacles on their face, it’s squid-like.

Have you seen this:
Ricky Mammone, Writer of Second Chances from Image Comics: A Friarside Chat

Sadly, these fifteen Ood were cut off from hearing the song of their species, and couldn’t find their way back home, as they were cut off due to the barrier protecting the leisure hub from being sucked into the black hole. Luckily the Doctor was there, and used the Sapling’s impressionable mind (literally) and created a pathway through its mind so the Ood could be broken free, and hear their song.

We are reunited with an old Ood friend of the Doctor’s, Ood Sigma, as he reunites - hopefully - the last of the enslaved Ood with their family.

It’s a nice short adventure with the Eleventh Doctor, Alice, and the Sapling.

The art is awesome as always in these Titan Comics adventures, and the covers designed for this comic are just amazing. Here are some of the alternate covers: 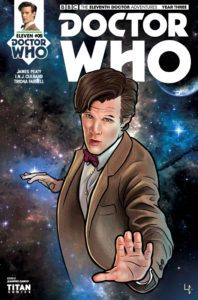 This cover was designed by Leandro Casco 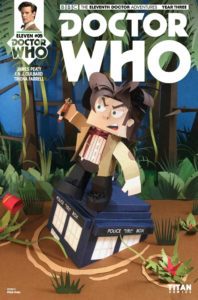 This cover was designed by Ryan Hall and is part of a four-piece cover set, that link together.