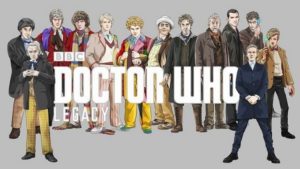 Are you a Doctor Who fan? I know I am. My love for the show goes beyond the, well, show, as I love the comics, books, coloring books, audio plays, and now I can say I love the games as well! I love the game “Doctor Who Legacy” by TinyRebel Games. It’s the same gameplay as “Puzzles and Dragons,” but it’s centered around the Doctor and his companions - which you collect - defeating monsters throughout the Universe while saving countless lives. It’s engaging through the many characters you can collect and the interesting storylines. And that’s just from me playing the free version… I haven’t upgraded yet! if you unlock the fan area and other levels, there are tons more characters and stories! 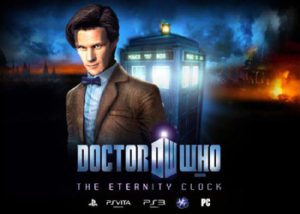 If you love this game, then you’ll be elated to know TinyRebel Games is creating a brand new Doctor Who game called Doctor Who Infinity! Unlike Doctor Who Legacy, this new game, while it will be available on mobile devices, it will also be available on your PC, which I am particularly excited about - perhaps I won’t be so glued to my phone all the time, haha. 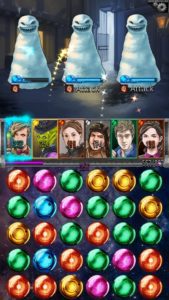 So far, not much has been revealed as the creators want to keep most of the details hidden this early on, as the game will not be released until next year (2018… just in case you’re off in a Time Machine and 2018 is not the next year for you). It appears that this game will also be a puzzle based game, as the creators feel that is the best way to play a Doctor Who game. The Doctor can do many things, but one thing Doctor Who is is intelligent and crafty. Puzzles are a creative way to place one’s intelligent to the test, and really work those brain muscles like the Doctor does when he figures out solutions. If you think about it, every confrontation is a puzzle for the Doctor, so a puzzle based Doctor Who game makes a lot of sense. This game pairs the Twelfth Doctor with Missy as they try to defeat the incoming Dalek invasion. Seeing how Missy softened over the last two seasons, it seems fair to have the two of them partner up to save the world.

Have you seen this:
Knight Squad 2 (Review)

All they want to be is friends, and now they have that chance… or do they? 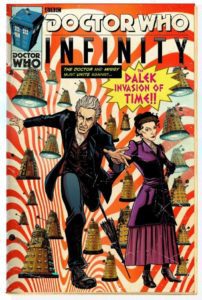 The first chapter of this game will be written by veteran Doctor Who writer George Mann, and the art will be provided by Mike Collins. Each chapter will have a different writer and artist, giving each chapter its own unique character, that will surely entertain the player.

While the whole game is slated to be released next year, a “soft release” will be in the Spring of next year, so look forward to seeing a preview - I know I am!

So after the Christmas special, you’ll be anxious for the next season to start, but that doesn’t mean you will be devoid of awesome Doctor Who adventures! This game will surely fill in the gap between seasons, and in your heart. 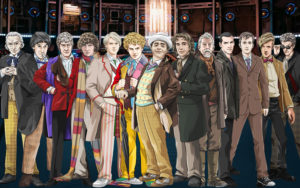 TinyRebel Games’ previous Doctor Who game, Doctor Who Legacy, is available on mobile devices and free to play. It is unknown as of now whether Doctor Who Infinity will be free to play, but it will be revealed in 2018.

Are you excited? I know I am!