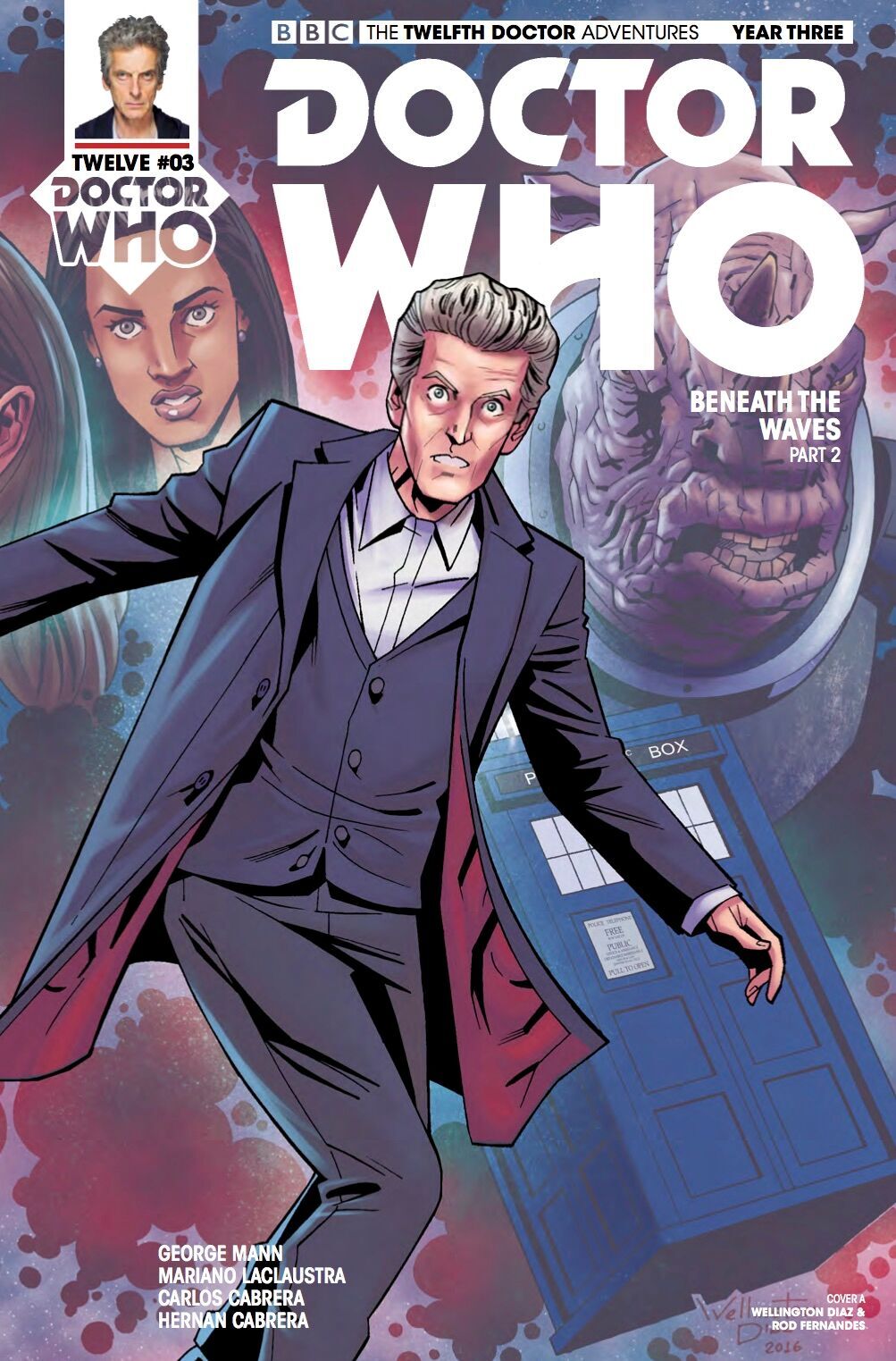 Doctor Who The Twelfth Doctor Year Three #3: Beneath the Waves Part Two of Three
Titan Comics

As to where we last left off, some strange seaweed like creatures are invading a Northern town, accompanied by some strange psychic attacks, which seem to be greatly affecting Hattie. In order to calm down and think of a rational plan, the Doctor – after making sure everyone is inside – decides to make himself some tea (how very British), but is interrupted by one of the seaweed creatures, and falls into a coma.

This is where we discover all the townspeople who have encountered these creatures have fallen into a coma as well, and the hotel had become the overflow from the hospital. However, the Doctor isn’t human, so he recovers quickly, and in his little nap – let’s face it, it’s basically a nap for a Time Lord – realized why the seaweed creatures were there. They were there for him, they’ve always been there for him, so he allowed the creatures to take him, 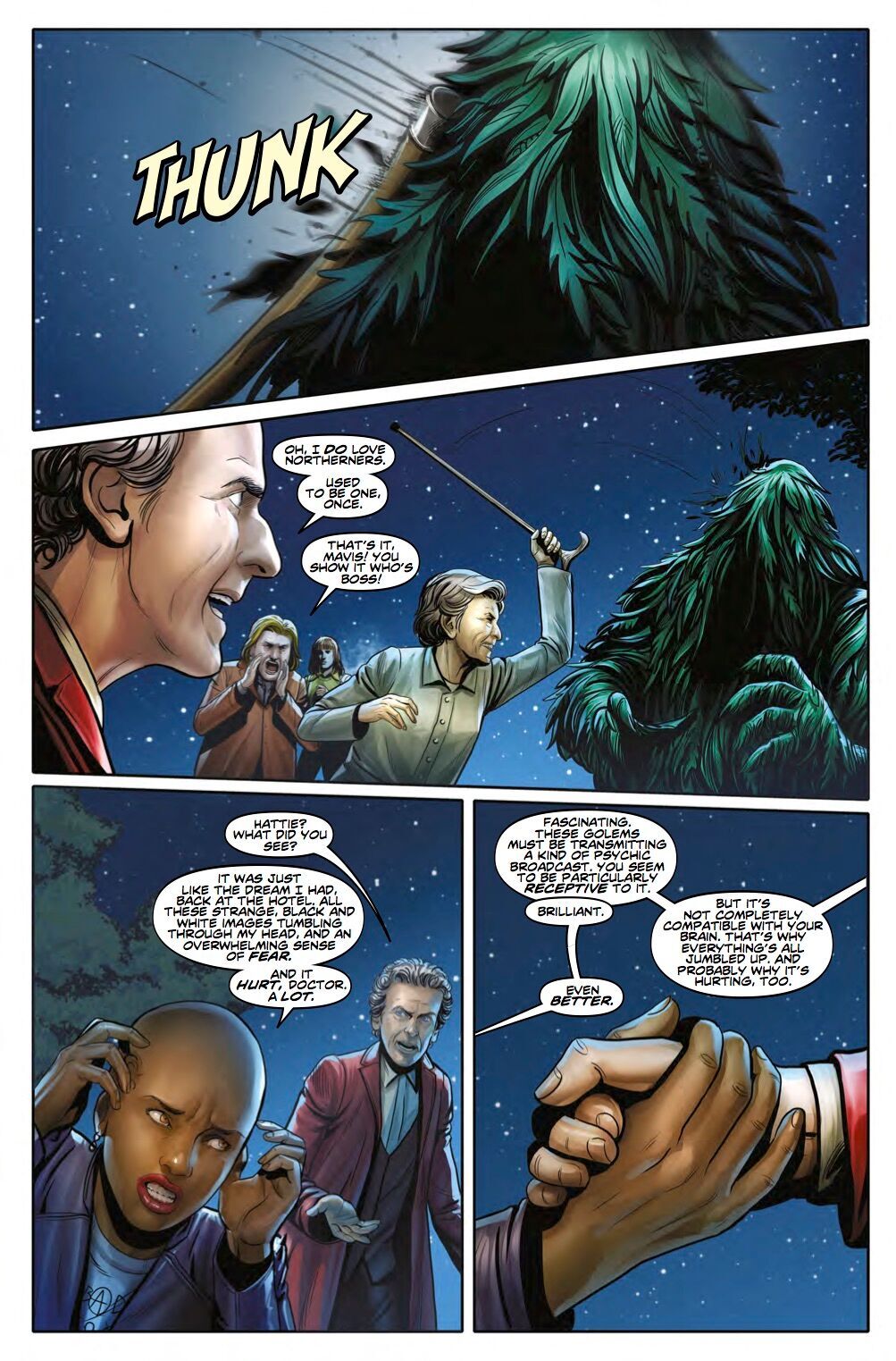 Love the reference to his ninth persona here.

but I guess he didn’t realize he’d be taken out into the sea… which is where the cliffhanger rears its ugly head.

I’m in a love-hate relationship with cliffhangers. They’re great at building suspense, but I just want to keep reading! Kudos George Mann for writing this story, because your cliffhangers are killing me! It’s only fitting you’d be fantastic at this considering you’ve been writing Doctor Who stories for a while now.

And the art! Oh, the art! It’s gorgeous in this story! While the only character in the comic I can compare to his real life counterpart is the Doctor, all the characters look as if they could be real people, which is amazing. Let’s not forget the coloring now, which is rich, deep, and just fabulous. Sorry, I can gush about art all day.

I cannot wait for part three, and you know I’ll bring my review of it to you. I won’t leave you hanging. I for one, do not create cliffhangers… at least not in my articles.

Here’s an artist shoutout to one of the alternate comic covers: 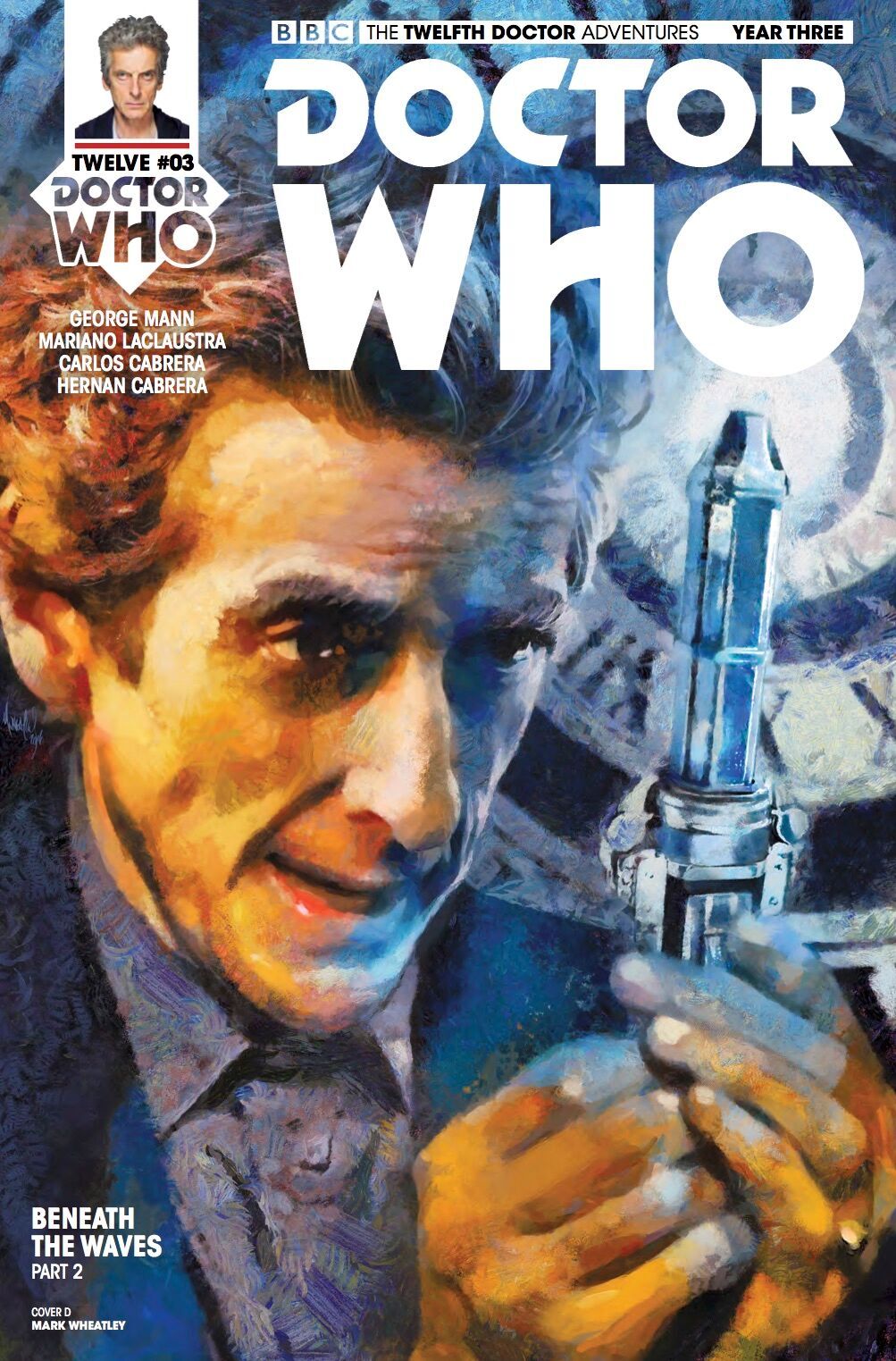 This cover was created by Mark Wheatley, and how gorgeous is this?!