This is the episode Jane’s story has been building to all season. All the pain she’s carried and the little things about her past she’s mentioned in passing culminated with “Jane Patrol.” Seeing all the different personalities in full was interesting, especially ones like Hammerhead and Penny Farthing. Anna Lore (Penny Farthing) and Stephanie Czajkowski (Hammerhead) both matched Diane Guerrero’s interpretations of the characters perfectly. It was a lot of fun seeing personalities like The Nun, who is just a chainsaw-wielding nun. Guerrero’s masterful performance helped make the already-strong conclusion to Jane’s arc so far even more satisfying. 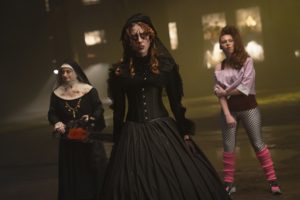 We saw human Cliff Steel in this episode more than any other, which means more of the fantastic Brendan Fraser. You can really see the difference in Fraser’s physical and voice acting. He emotes his voice well, but he is on a whole other level when he is physically playing the part.

Cliff has consistently been of the best characters all season, with his story arc with Jane being a highlight. The problem is, I don’t think it was planned ahead where his relationship would go with her. The first episode started out with a more romantic connection between them before switching gears to a father/daughter relationship. It has stayed at father/daughter for the last few episodes, which I think fits best. Then they started pushing towards a romantic relationship again in this episode! The constant change of direction with the odd implications of their relationship is getting a little too weird, even for a show like ‘Doom Patrol.’ 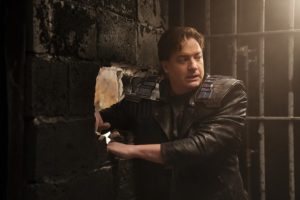 “Jane Patrol” was a great entry to ‘Doom Patrol,’ especially since two of the best parts of the show got an episode to themselves.