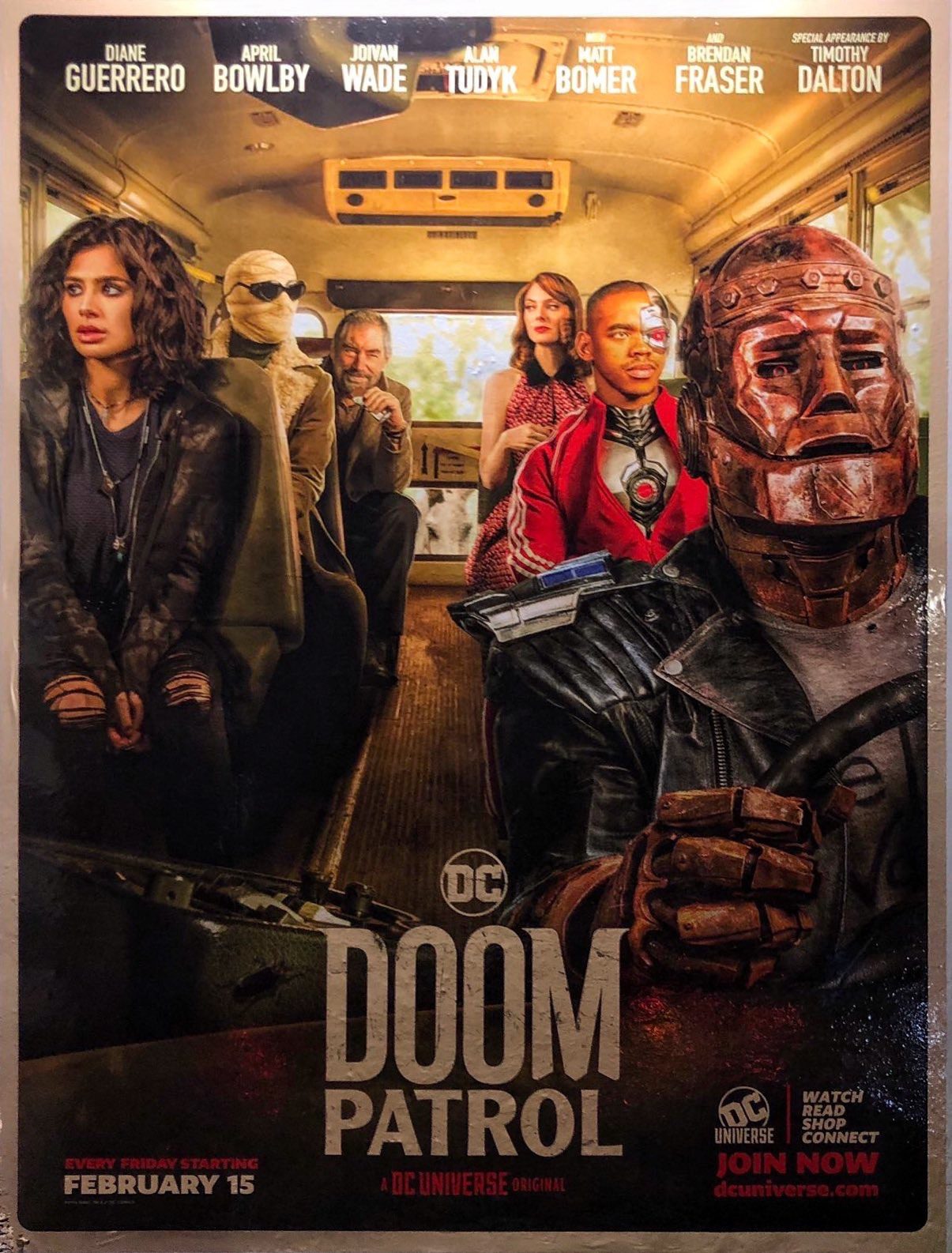 Season One, Episode One: “Pilot”

After a group of misfits known as the Doom Patrol sneak out of Doom Manor to explore the nearby town when their leader, The Chief, leaves on a trip, they bring an unknown threat to themselves and others that they may not be able to stop.

The first episode of Doom Patrol is easily one of the greatest pieces of comic book television ever made. The writing is nothing short of stellar and the cast deliver excellent performances, specifically Diane Guerrero (Crazy Jane) and Brendan Fraser (Robotman).

The show also excels at its dive into the psychological effects superpowers can have on someone. Negative Man deals with anxiety, Robotman deals with depression, and Jane deals with a dissociative identity disorder. Like it’s predecessor Titans, Doom Patrol is filled with tragedy and heartbreak, but it’s handled much better here. The characters have more depth and nothing feels forced, which helps make them a lot more relatable. Fraser’s Robotman is the heart of the series, with most of it told from his perspective. Robotman is used to open up the opportunities to find out the origins of the other characters as well, which all show that each of them have just as many flaws as they do strengths. The goal of this was obviously to show that these “heroes” aren’t necessarily the heroes we’re used to, but due to the many other superhero shows currently going on, it doesn’t come off like that. If it wasn’t for the many twists and turns, it would feel generic.

The VFX in the show is another highlight. One of Jane’s personalities is a giant with a flaming ball of fire for a head, and it looks fantastic. Negative Man’s Negative Spirit also looked amazing, as did the villainous Mr. Nobody, who is shockingly comic accurate. Speaking of Nobody, Alan Tudyk isn’t only the villain, but the narrator of the show as well. His voice and tone are great and provide some of the funniest and sarcastically dark dialogue in any comic book adaptation. Diane Guerrero does a phenomenal job differentiating between Jane’s personalities and it really shows how diverse an actress she is. While he doesn’t have a large role in the first episode, Timothy Dalton (The Chief) has a strong onscreen presence and is a high point of the first episode. April Bowlby (Elasti-Woman) is good as well and will hopefully be given more screen time as the season goes on. Matt Bomer was another impressive cast member who shined during humorous and light moments.

Overall, the first episode is a fantastic start to what is going to be an even better show and I can’t wait to watch more!