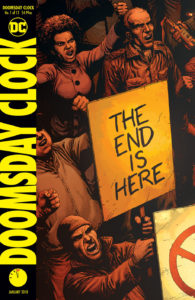 It’s 1992 and the world is in going crazy. All over the globe, stories of anger and violence fill the news and the populace is feeding into it with riots and destruction. One of the places that violence has manifested is Veidt Industries, whose CEO has disappeared. As the authorities search for Adrian Veidt and his associates, we are given a look into the new world that has sprung up in the wake of the revelations about Oxymanias’ plan.

As the world continues on the path to destruction, another familiar face emerges to break out a former foe. Using something precious to the woman as leverage, he convinces her that she needs to come with him to meet his partner and save the world. She convinces him that the only way she can do that is with her husband and former partner.

As the three of them make their way through a city on the brink and a world turned upside down, they are taken to the hideout of a familiar costumed hero and greeted by someone none of them would ever have suspected. 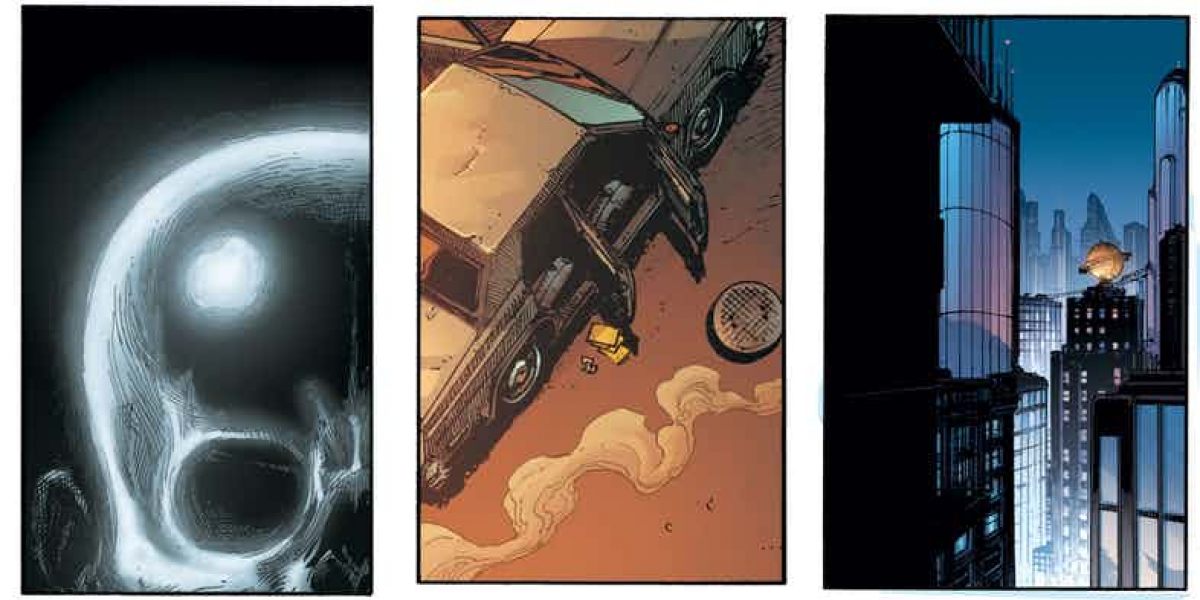 The clock has officially started on an event that looks to redefine a huge portion of the DC universe. Johns is going into some uncharted territory with this story and doing so on the back of one of the most beloved and acclaimed comic book stories ever written. Fortunately, this first issue works in that respect. The fact that Johns crafts this story as not only a continuation of the original Watchmen series, but also ties it to Superman works in the sense that, at the end, the reader is anticipating what will happen when these opposing forces finally meet and what will that mean for the world.

Frank’s art really captures the gritty, down to Earth style of Dave Gibbons original designs and panel angles. Even with the progression of time in the story, the art continues to feel familiar and a little more evolved. Everything about this issue feels ominous, but it draws in the reader with the possibilities of what is to come.