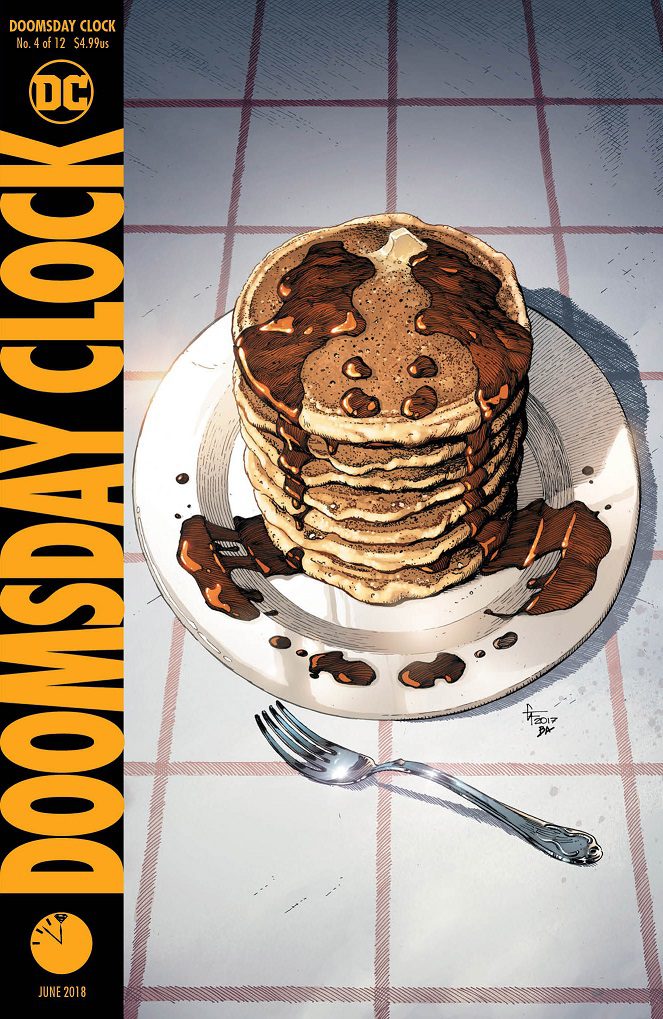 One of the prevailing mysteries in this series has been the appearance of a new man sporting the outfit and methods of the dead vigilante Rorschach. This is his origin story.

The man who would be Rorschach recounts his tale from his earliest memories sitting at the end of the rug, watching TV with his parents to his being claimed as property by a fellow inmate at Arkham. As a kid, he watches news of Doctor Manhattan’s time in Vietnam and his father turns out to be someone familiar to readers of this particular universe. The revelation of who his father is adds an additional dimension to the Watchmen story and to this character’s motivations as well. Especially when we see that he witnessed the death of his parents first hand in the event that shaped the world.

His being held in Arkham is not helping his demeanor at all. Especially since his mission in this world is being compromised day by day. The silence forces him to confront long-buried demons from his past that he has been suppressing for a long time. He recalls his life in his own world after the event and his inability to escape his parent’s death. He recounts escaping the hospital only to find another familiar face on the roof. As the paranoia of the world seeps into his care, he decides to go along in order to get some semblance of peace in his life. As he’s taken back to his cell in Arkham, there are other familiar faces behind the bars and the new Rorschach begins to plot his escape.

Have you seen this:
Utopia (Review)

This story continues to ramp up the intensity and there is a sense of urgency in Rorschach’s story that is palpable. I found myself immersed in this part of the story, wanting to know what new revelation was coming next. While the meeting with Moth Man felt a little too much, it did fit into the narrative well enough to not be too distracting. Even with the advent of a new character adopting another persona, it felt natural for Reggie to live a semi-parallel existence with Kovacs. As big as this story is, the small reveals make for an intimate character study. I especially love the new characters that are emerging that are linked to this story and the DC universe itself.

There are some sublimely clever moments in this issue and many of them reveal some of the best aspects of these characters including Batman. This book continues to intrigue and interest me and I can’t wait to see what happens next.