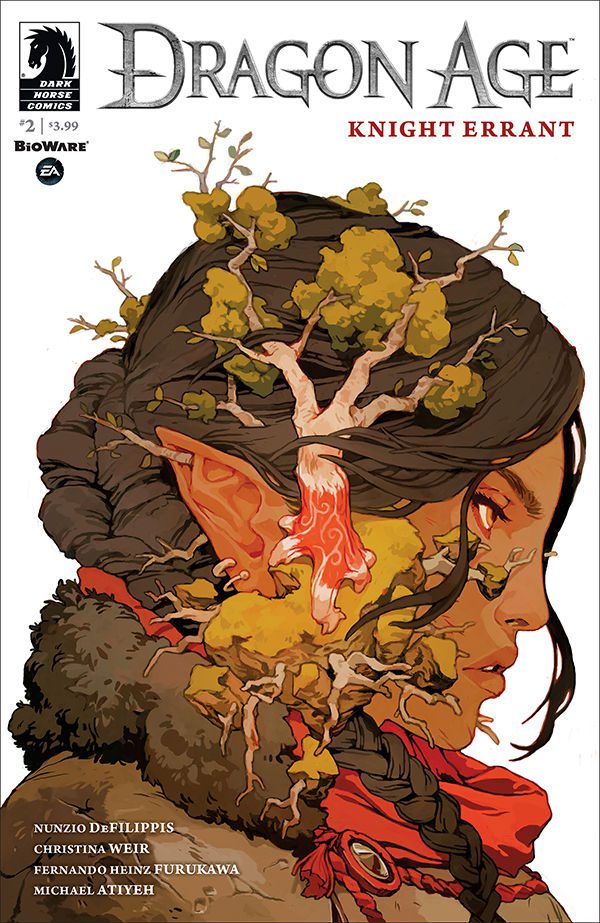 Race politics and discrimination have always boiled under the surface of the world of Dragon Age. Some quests in the games and stories from the literature have been more overt than others. But most of Dragon Age dances around the segregation and discrimination between humans and elves. Dragon Age: Knight Errant #2 tackles this issue head on and is a stronger story for it.

Writers Nunzio DeFilippis and Christina Weir dive into the Vaea’s backstory as a child growing up in an Alienage, a sectioned off community of elves. The flashback story confronts some of the issues and emotions related to segregation and oppression. The tone is not political or preachy and it strikes a meaningful balance of practical emotion. The elves in an Alienage are frequently abused and repressed by humans and the story here of cutting down a sacred tree provides an example of that abuse. A young Vaea sees the injustice in this action and soon learns the often unjust cost of rising up against oppressors. 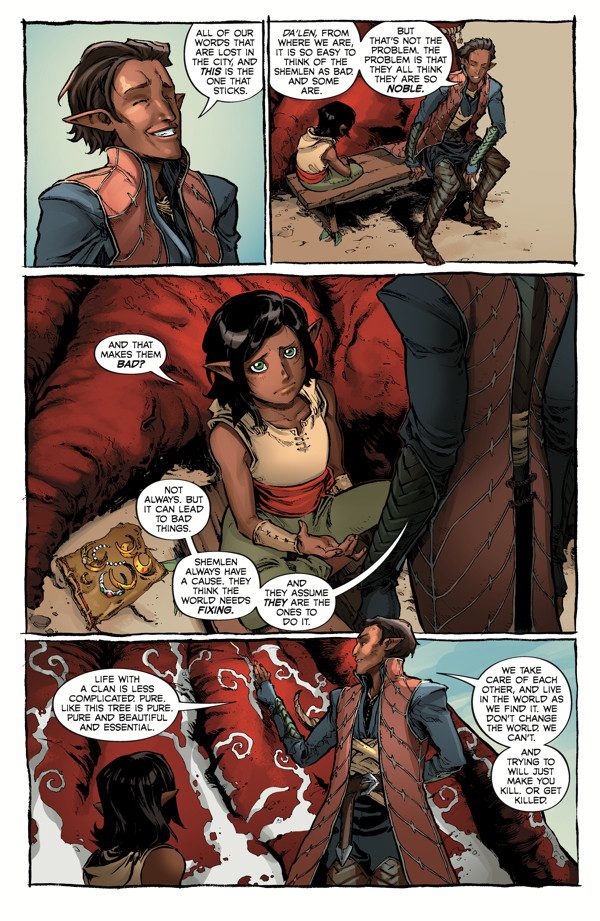 This flashback narrative introduces emotion and weight to the character of Vaea that was not present in the first issue. The current story arc of the issue sets up a new mission for the next few issues and provides a nice parallel action scene with the flashback. While the story is solid, it would benefit from more consistent art from Fernando Heinz Furukawa. Furukawa has done work for TokyoPop and there are glimpses of the manga style here. His manga influences are visible in how movement and how the action is conveyed. This is consistent throughout the issue and effective. The character details and age depictions in the flashback do not have the same consistency. Character details are frequently lost outside of closeups, removing details and subtlety from the characters.

While the artwork does remove some of the resonance of the emotionally charged flashback, it does not prevent the issue from being a successful tale that establishes the character of this series.

The first issue was best enjoyed by Dragon Age fans, but issue #2 can be enjoyed by any reader or fantasy fans. The racial themes are engaging and do not depend on existing knowledge of the world. Nunzio DeFilippis and Christina Weir have created a complex character and now readers know her backstory it. Where DeFilippis Weir takes the character next is worth finding out.