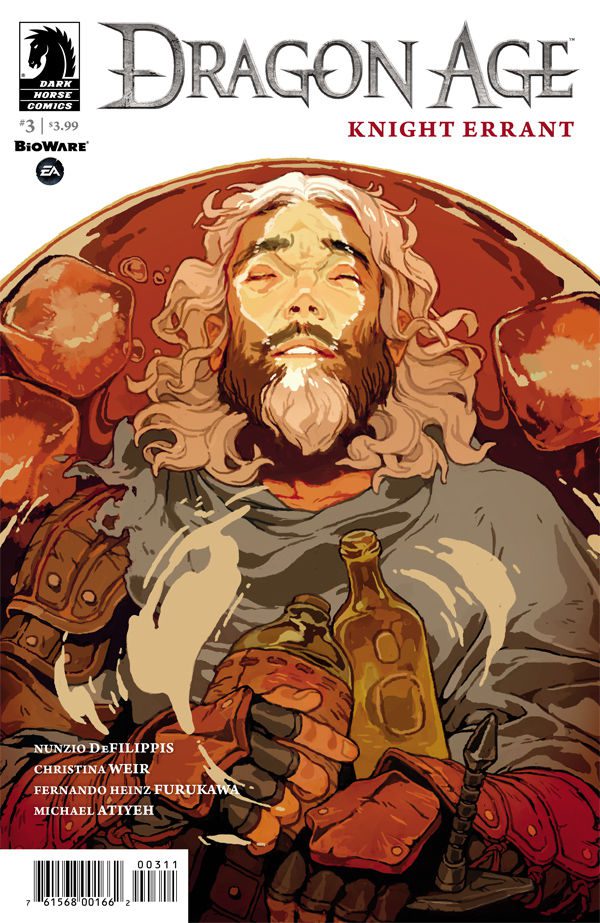 The strong second issue was able to be enjoyed by any fantasy fan. Unfortunately, issue #3 leans heavily into the fan service to propel the narrative forward. Issue #2 spent most of the issue exploring the dynamics of the segregation and oppression of elves. The idea of an elven underclass is not new to fantasy fiction, but those power dynamics are not deeply explored within the world of Dragon Age. This appeared to be an opportunity for writers Nunzio DeFilippis and Christina Weir to tell an emotional and relevant story within the context of Thedas. What readers get in issue #3 is a fun adventure filled with references for fans.

The main character, Vaea, remains the most interesting of both the new and existing roster of characters. Unlike issue #2, there is very little character development for Vaea. Instead, Vaea spends the time in a stealth sequence while her cover becomes blown within the castle. The ramifications of this are not seen and may be the focus of issue #4. Unfortunately, there is little emotional connection to Vaea and her knight to care about the potential ramifications. 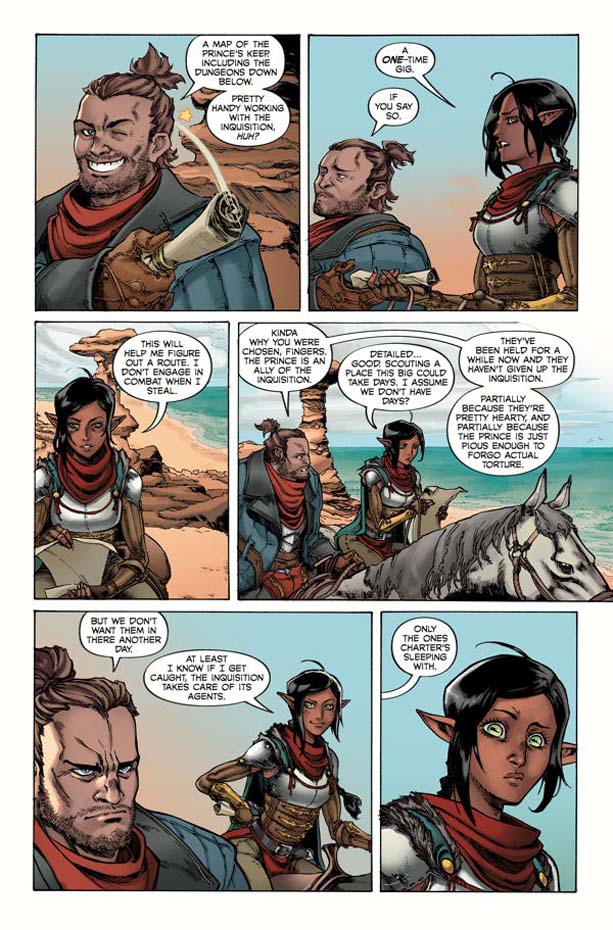 DeFilippis and Weir tell a solid story of a reluctant thief and an oblivious Knight, but the story is a missed opportunity to say something more than traditional fantasy fare. Dragon Age fans will not be disappointed with references to both Dragon Age 2 and Inquisition. DLC characters and stories are referenced and the more connection a reader has with those video game events, the more meaningful this issue will be. While there remains enough context for readers who did not play the video games, the emotional connection to many of the character is lost.

The lack of emotional connection is the missed opportunity of this issue. After a solid second issue, this issue regresses. Dragon Age fans would enjoy this series without all the cameos because Thedas is a rich world filled with story possibilities. Knight Errant #3 does not embody this rich world and fails to provide any incentive for new readers to discover the series. DeFilippis and Weir would do well to allow Vaea and this series to stand on its own merits.