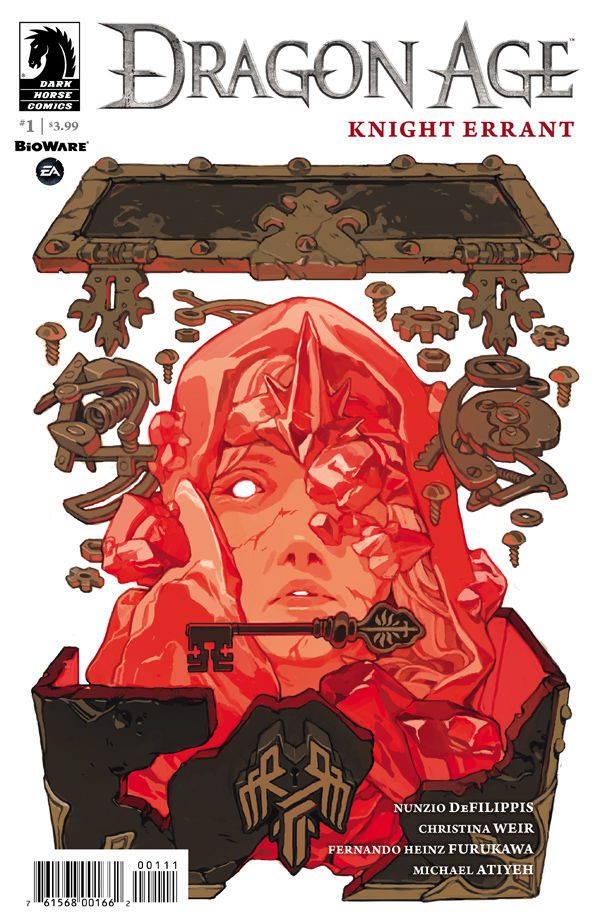 Comics, novels, pen and paper role playing, live action and animated movies, and video games all contribute to the world building of Thedas. A novel told the story of a young king’s rise to power, while the first video game Dragon Age: Origins told the king’s betrayal and death. After Dragon Age II, comics expanded and continued the tales of many of the characters from the game. Now, in Dragon Age Knight Errant, comics return readers to the setting of the second game and populate the city with both new and returning characters.

The popular, crossbow loving Varric returns but takes on the role of statesmen in the city of Kirkwall. The main protagonist is a new character, Vaea. Vaea is an elf that serves a less than humble human and moonlights as a thief for hire. Elves occupy a lower social class than humans in the world of Dragon Age and are often segregated to poor sections of cities called alienages. The social and political separation of races provides the context for this introductory first issue. 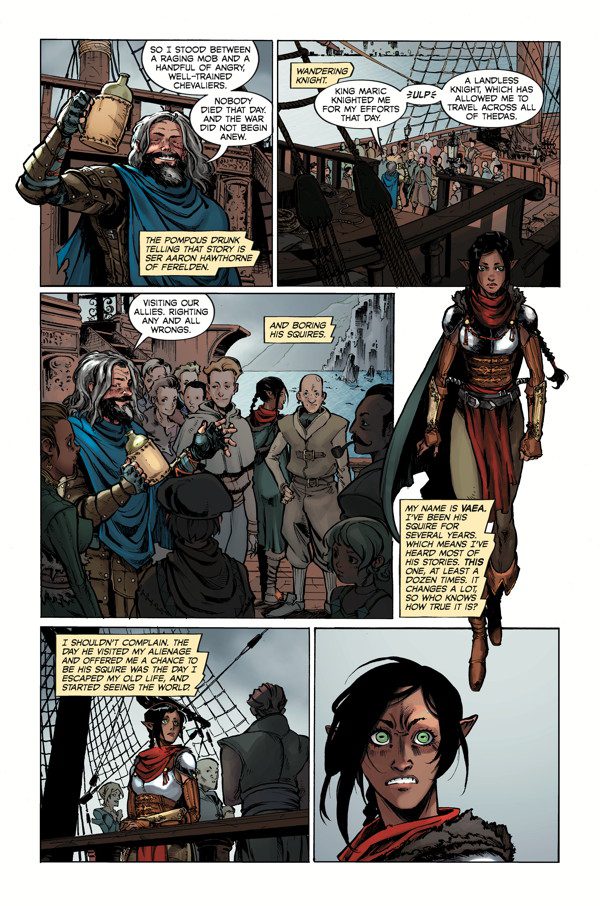 Vaea, the elf, takes a job to retrieve something left in the vaults of the Templars and the former Knight-Commander Meredith. For Dragon Age fans, the plot is full of acknowledgments to the games. The Hanged Man bar, the remains of Meredith in the square, even the room Vaea is searching for is a location in the second game. The references continue with copious amounts of name dropping from the knight Vaea serves as he recounts many of the events of the first game.

All of this works well to add references and context for those familiar, but it never is a requirement to understand the story. This distinction makes the book enjoyable for fans and approachable for new readers. Vaea’s knight is pompous even without name dropping. The value in Vaea’s quest to steal an item is not about what it is or where she finds it. The value is in the unexpected way that Vaea deals with the treasure. Any stolen treasure once belonged to someone, and this single panel action defines Vaea’s character more than any block of text.

Dragon Age Knight Errant provides a solid setup for a new story within the rich world of Thedas. Creating a new character, free of the narratives from previous media, provides writers Nunzio DeFilippis and Christina Weir with the opportunity to tell their own story.