There’s definitely something about dark, quiet indie platforming games that I love. While not quite reaching the heights that Playdead reached with games like Inside and Limbo, Dream Alone holds it’s own within the genre. The idea of Dream Alone is that you are a tiny black and white Tim Burton character searching the ruins of his world for survivors. Along the way you have to avoid enemies and traps, many of which are very hard to notice as they are usually just a small white plate on the ground. I found the jumping mechanic to be kind of interesting and it honestly took some getting used to as he jumps a little slower and farther than I was accustomed to. Once I did get used to the jump mechanic the game really started to grow on me. The level design and style of the game are excellent for such a small game, but I will say the film flicker effect went from really cool to kind of annoying during my time with the game. 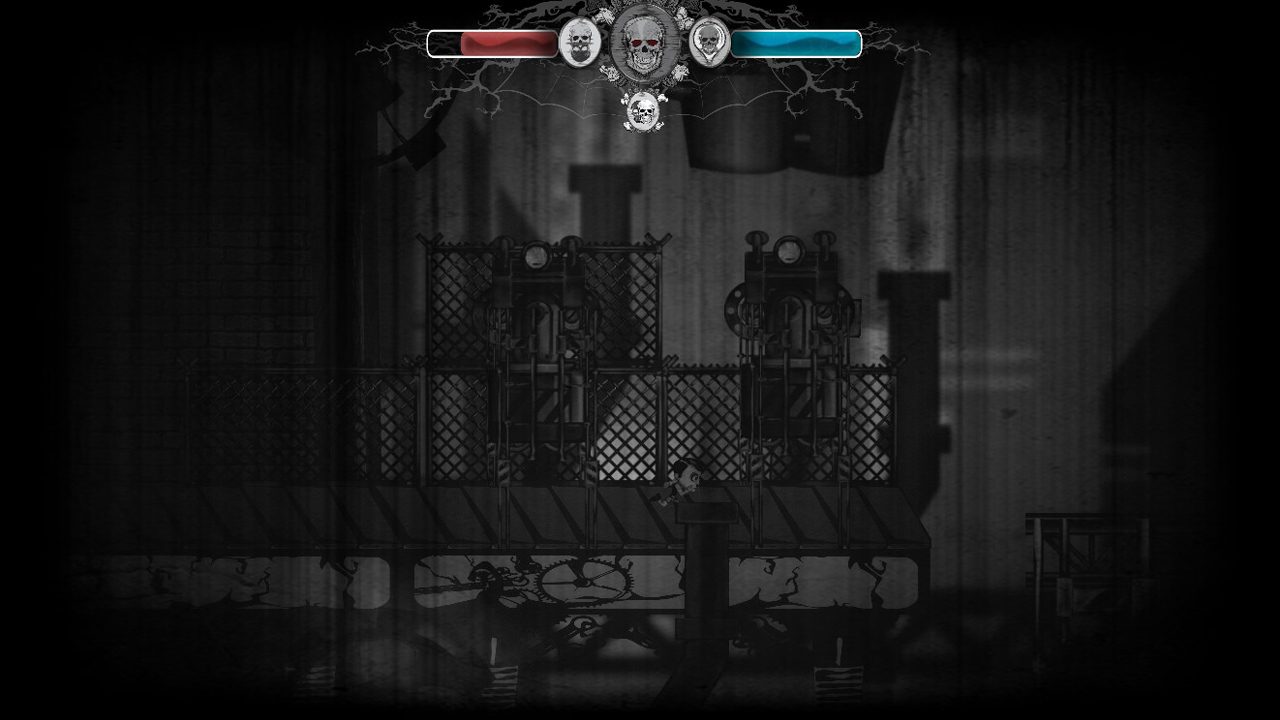 I could have used a little more storytelling. I got it for the most part but the game play itself becomes quite repetitive and I would have enjoyed it much more had there been some kind of plot movement every level. The game is very challenging though, and right from the start. Dream Alone requires you to go through some trial and error. For instance, it is never explained that the unassuming white plate on the ground is actually a trap and sometimes even the spike pits are hard to notice. This does make for a tougher game, which I am not mad at, but it also feels like kind of a cheap way to do it. Still, once I got the hang of it all, I really enjoyed jumping my way through the gorgeous levels. The look of this game is really its strong point. Its a small game so it isn’t graphically stunning but Warsaw games was really able to do a lot with a little in terms of look. It looks like a silent horror film from the 20’s but it actually feels ominous and even scary at times.

Overall, Dream Alone may be more style than substance but the style carries it a pretty long way for a game of its caliber. I would recommend giving this game a try if you love platforming and/or classic horror aesthetics. I definitely had a lot of fun with Dream Alone but I know it won’t be for everyone. It did pair very nicely with The Nintendo Switch, as it’s fragmented level structure is great for mobile pick up and play gaming. I hope to see more games of this ilk and would love to play a more fleshed out narrative-driven sequel some day!