Microsoft came into E3 2017 needing a win. With the cancellation of Scalebound, lukewarm reviews of ReCore and a drought of exclusives, the past 9 months have been hard for Xbox fans. To make up for the recent streak of disappointments, Phil Spencer promised an impressive E3 briefing for gamers of all kinds. I’m happy to say that, for the most part, Mr. Spencer delivered. 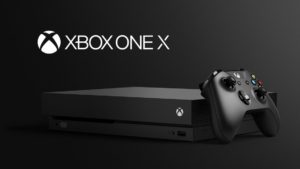 Microsoft opened strong with the unveiling of the Xbox One X, previously Project Scorpio. Priced at $499, the console is still the technical achievement we’ve known it to be since its initial tease. After a quick refresh of all its teraflops and bandwidth, the curtain was pulled back, revealing that the most powerful Xbox in history is also the smallest. The console touts a design similar to the Xbox One S, albeit with a black color scheme more akin to the original version.

Best of all, the console is coming soon! Releasing on November 7th, the Xbox One X will join the PS4 Pro as the newest high-end gaming device for 4K enthusiasts. 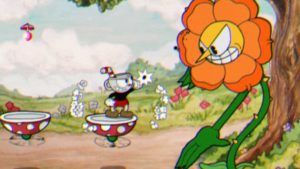 Games as Far as the Eye Can See

The guys over at Xbox know about their exclusives problem, having designed this year’s briefing as a response to those criticisms. From platformers to multiplayer deathmatches, Microsoft came out swinging with a number of console exclusives for nearly every kind of gamer.

Perhaps Microsoft’s biggest get was PlayerUnknown’s Battlegrounds, the Battle Royale-esque PC phenomenon. Despite what appears to be a timed exclusivity deal, PUBG is a major addition to the Xbox One library that will likely help push sales of the One S and X this holiday. Other titles announced include Super Lucky’s Tale, a platformer originally created for the Oculus Rift (a hint at the future, maybe?), MMO Black Desert, style-machine The Last Night, the inevitable Forza Motorsport 7, and more. Microsoft also announced release dates for Sea of Thieves, Cuphead and Crackdown 3, three long-anticipated titles that have had rough roads to the marketplace.

Non-exclusive juggernauts like Assassin’s Creed: Origins, Metro: Exodus and BioWare’s new IP, Anthem were also unveiled at the conference, accompanied by lengthy trailers to showcase their impressive visual fidelity and art direction. A visually stunning, if rather talky demo of Middle-Earth: Shadow of War was shown off, as was a condensed trailer for Square Enix’s Life is Strange: Before the Storm.

As expected, every game came with a reminder that the definitive experience will be on Xbox One X. Previously released titles, such as Rocket League, Skyrim: Special Edition and Halo Wars 2 will receive updates to support 4K resolutions and potentially higher framerates later this year.

It wouldn’t be a post-2013 Xbox conference without an update on backwards compatibility. Thankfully, Microsoft had more to say than just numbers and stats (kudos for their subtle rebuttal to those recent jabs at the program, though). Coming later this year, original Xbox titles will be introduced to the program, including cult classic Crimson Skies. Phil Spencer stated that, like with the 360, original Xbox titles will be improved on the Xbox One. However, it is unclear if that means the titles will include improvements akin to Sony’s PS2 library on PS4, with widescreen and achievement support. No doubt there is more information to be learned in the coming days. 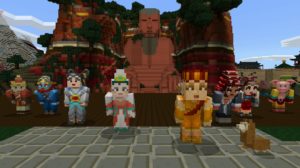 A Bridge Between Platforms

Xbox Play Anywhere was featured at the show, though fortunately with much less emphasis than last year. Mostly allocated to a small spot in the corner, Microsoft’s cross-platform program remains strong on both first-party and select third-party titles.

Doing most of the work in this department was Minecraft. Showing itself off in a charming but all-too-familiar tone, Minecraft was given a new trailer to show off both its “Super Duper Graphics” pack for the One X and developer Mojang’s plans to unite servers from mobile, PC, Xbox and Switch for one singular experience. Finally, player-created skins will be coming to console Minecraft, presumably around the time of the previously mentioned updates.

Microsoft managed to create a thoroughly enjoyable E3 briefing this year. Even more impressive, they did so with their cards close to their chest. In a world where leaks are pretty much free marketing initiatives, it was refreshing to go into a press show and not know absolutely everything from the start. Though the inclusion of scripted material like the eSports announcer and player-to-player dialogue in The Darwin Project and Anthem fail to make the game they’re showcasing any more appealing, the titles themselves were action-packed and aesthetically pleasing.

Have you seen this:
Top 10 Playstation 4 Exclusive Games

When Phil Spencer told us that we’d be seeing over 40 games during the conference, I was skeptical of just how many of those would get enough time to make an impression. Fortunately, every game was given enough exposure to remember them and very few overstayed their welcome. The Last Night won my heart with its Parisian Blade Runner-inspired art direction and intriguing gameplay mechanics. Terry Crews has a screen presence that makes you forgive writing that doesn’t land in the Crackdown 3 trailer. Even Dragon Ball Fighter Z, one of the more poorly-kept secrets, grabbed me by the childhood and opened my eyes to the wonderful over-the-top action that hasn’t always translated from the show well.

Finally, there was the big console reveal, which felt like everything I expected and then some. There will surely be some controversy regarding its price point - $499 is nothing to laugh at. But those that do not see the benefit of the One X are not the console’s demographic. Phil Spencer has been very adamant about calling the console a “premium” device. There’s a lot of custom tech underneath the hood, coupled with the idea that gamers looking for a cheaper console can still play everything the One X has to offer on the One S. That is, until VR comes in the unforeseeable future.

At the end of the day, this was a great conference and a much-needed improvement upon the conferences of recent past. Microsoft seems comfortable with where they’re at in the market, even if I could have done without knowing the percentage of how many people have tried a 360 game on their console or how many [email protected] titles have been released. At the same time, they showed an effort to diversify their library with more titles from Japanese and independent developers. Time will tell just how many of these titles manage to make it out before next E3 and in what state. One thing’s for certain, however: Microsoft opened E3 with a bang.

E3 Xbox xbox conference xbox one x
Are you an Insider?News, reviews, & updates are just the beginning.