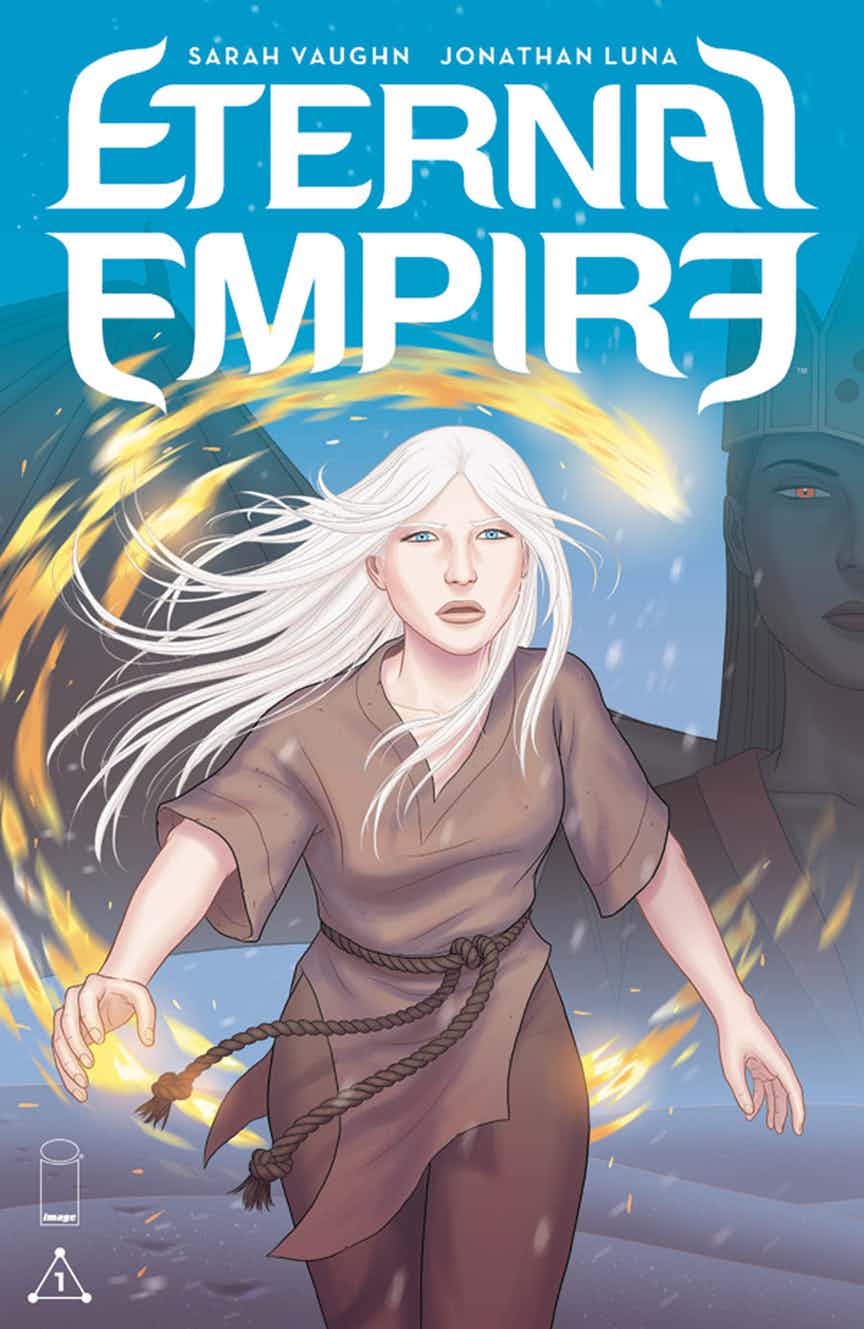 Jonathan Luna (ALEX + ADA, THE SWORD, Spider-Woman: Origin) and Sarah Vaughn (ALEX + ADA, Deadman: Dark Mansion of Forbidden Love, Ruined) return with Eternal Empire, a new compelling story sure to be a highlight of the year.

A ceremony is being held and a young woman is praying to a captive dragon. Behind her other women are chanting, steadily watching the interaction with the dragon. The chants and prayers are for protection, they explain, as the world is in turmoil in an ever growing fight for control. For over a century the Empress has been in an imperialistic war against the countries of Saia and now only one is left standing outside of her control. The Empire, run by work of captured slaves, is on the verge of conquering the last free land, Karabon, and “uniting” them all under the rule of the Empress.

Within this harrowing setting a young slave receives strange visions. As she works frozen fields she is struck with a hallucination of a desert, of warmth. The Old 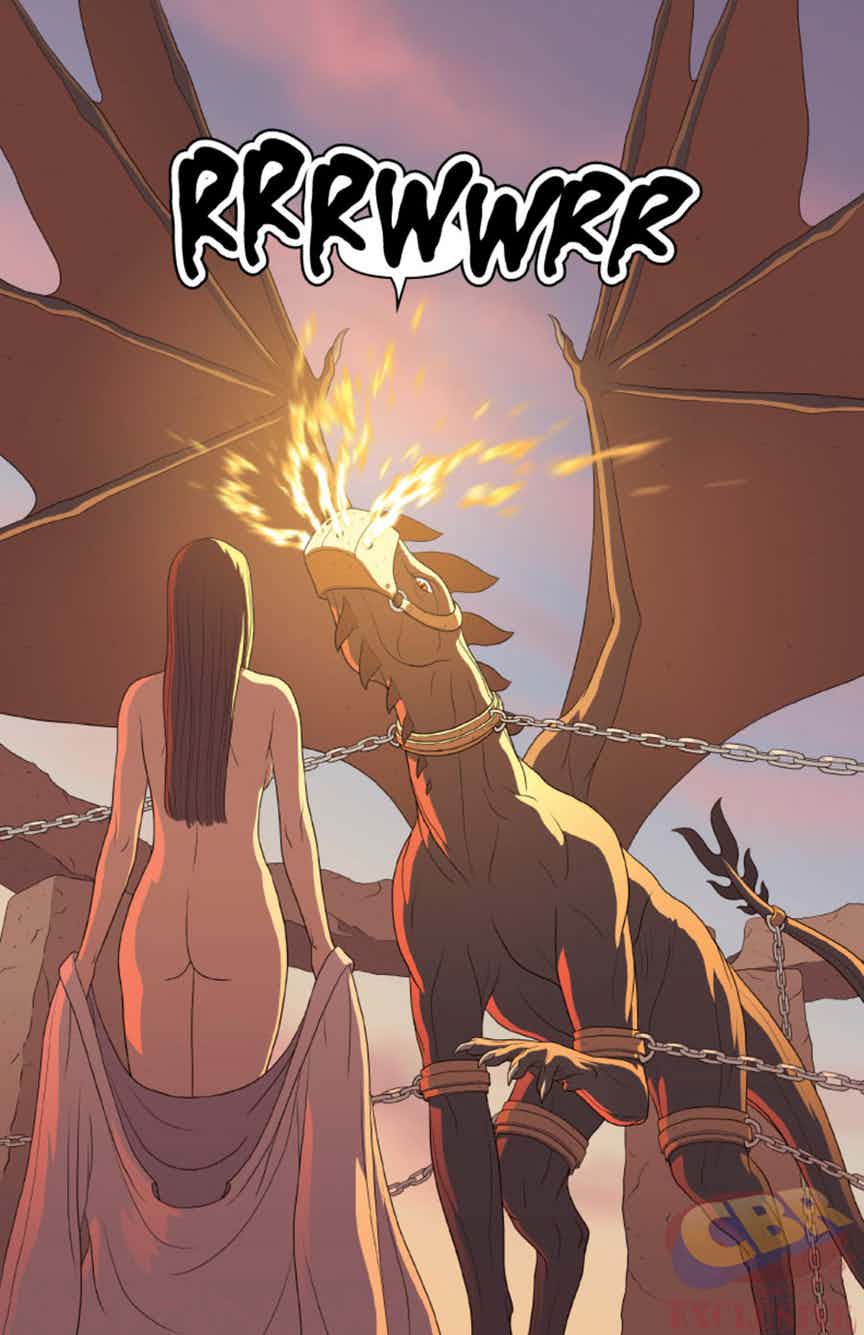 Testament style society rages on around her and she watches the atrocities mount up before she again has another alarming vision: a sunrise. These visions prompt the unnamed slave to escape the frigid land of her captors and set out on a journey that just may alter Saia and the shape of the world to come.

A lot is expected from the creative duo of Jonathan Luna and Sarah Vaughn. The massive (and much deserved) success of the award winning Alex + Ada has set the bar high for their future releases and based on our early look of the first issue I’d say that their success will only continue. Using minimal dialogue, Luna’s art consistently propels the story and sets up a lush fantasy world that eerily echoes the fears of modern living while referencing the historical cultures of Egypt and Rome. By touching on themes of imperialism, nationalism, and elitism, Luna and Vaughn introduce us to a saga rife with mystery and drama. We get glimpses of a multitude of landscapes, alluding to the vast size and diversity of Saia. In what capacity we’ll revisit these landscapes is yet to be seen however I couldn’t be more excited to see the story take shape. It’s clear that the fantasy genre is near and dear to the hearts of the authors and I look forward to see where they take this story.

Pre-order from your Local Comic shop now and check out the first issue of Eternal Empire, coming from Image Comics on May 3rd, 2017.