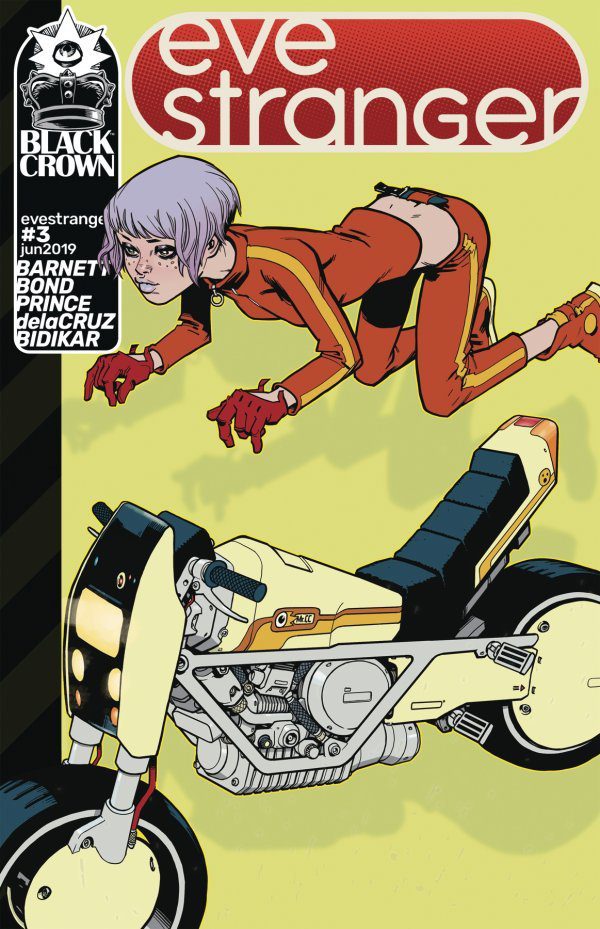 Delilah was struck down with a childhood illness that threatened her life. Her scientist father developed nanotechnology to save her life. The treatment came with unexpected side effects as Delilah began showing amazing speed, strength, and learning abilities to master complex talents in a short amount of time. The treatment also had another unexpected result as Delilah lost her short term memory and had to receive new injections of nanobots or she would die as the nanobots degraded too quickly in her system. Now she lives one week at a time because that’s all she can remember.

Every Friday Delilah loses her memory and when she awakes with amnesia she is greeted with a new contract that she has to fill and a new injection she has to receive of nano-tech that is keeping her alive; but where the nanobots were helping Delilah they have been turned into nano-bombs that will kill her if she doesn’t get her next dose in time and she only gets the cure once she completes her contracted job. Delilah is an assassin for hire. The highest bidder gets control of the world’s deadliest killer. Codenamed Eve Stranger.

It sounds like a standard James Bond spy story with a twist right? It’s that and so much more. There is a quirky story and artwork here that separates Eve from the pack. There are dashes of your typical assassin and spy thrillers, but there is also a streak of absurdity that hearkens to comics like Goon and Hellboy where the action and comedy are so over the top that you can’t help but laugh.

Take issue three for example. Eve has made friends with a scientifically modified gorilla that used to be a college student from Rhode Island, who was abducted, experimented on, and let lose on the world. Instead of killing the young woman trapped in an ape’s body, Eve befriends the talking simian. It’s these little touches that keep you wanting more. Barnett has created an intriguing character and world that you want to explore. Each page brings up more mystery and readers will not be satisfied until they learn all there is to know about Eve/Delilah.

The only Bond that readers need to concern themselves with in this series is the work of artist Philip Bond, whose stylized illustrations give the comic a visual flair that is all its own. It hard to pin down Bond’s influences, as there are multiple artistic flashes present, at points you can tag Rob Guillory

(Chew), hints of Paul Pope, and maybe just a dash of Richard Corben; but Bond keeps his own style at the forefront without dipping too deep into any one influence.

There are a few panels that the characters appear stiff and the anatomy of the animation is slightly wooden, but these instances are rare and do not take away from the enjoyment of the overall comic.

I’m intrigued by this book and its premise. While this isn’t a new concept (an assassin who can’t remember they are a killer) it’s the oddball world that Burnett has created that makes this a must read. An extremely well done book that should sneak its way onto comic fan’s pull list.