“The Hunter and the Hunted” part one! Barry Allen is hurt, and his connection to the Speed Force is fading fast. With the Speed Force dying, the only person who can save it is…Hunter Zolomon? Hunter has returned to prove he’s the one, true Flash, and he doesn’t care who gets in his way. But who is left to deal with the Rogues? Captain Cold has assembled the newly amped-up Rogues to tell them about Lex Luthor’s offer…but are they all willing to take it? 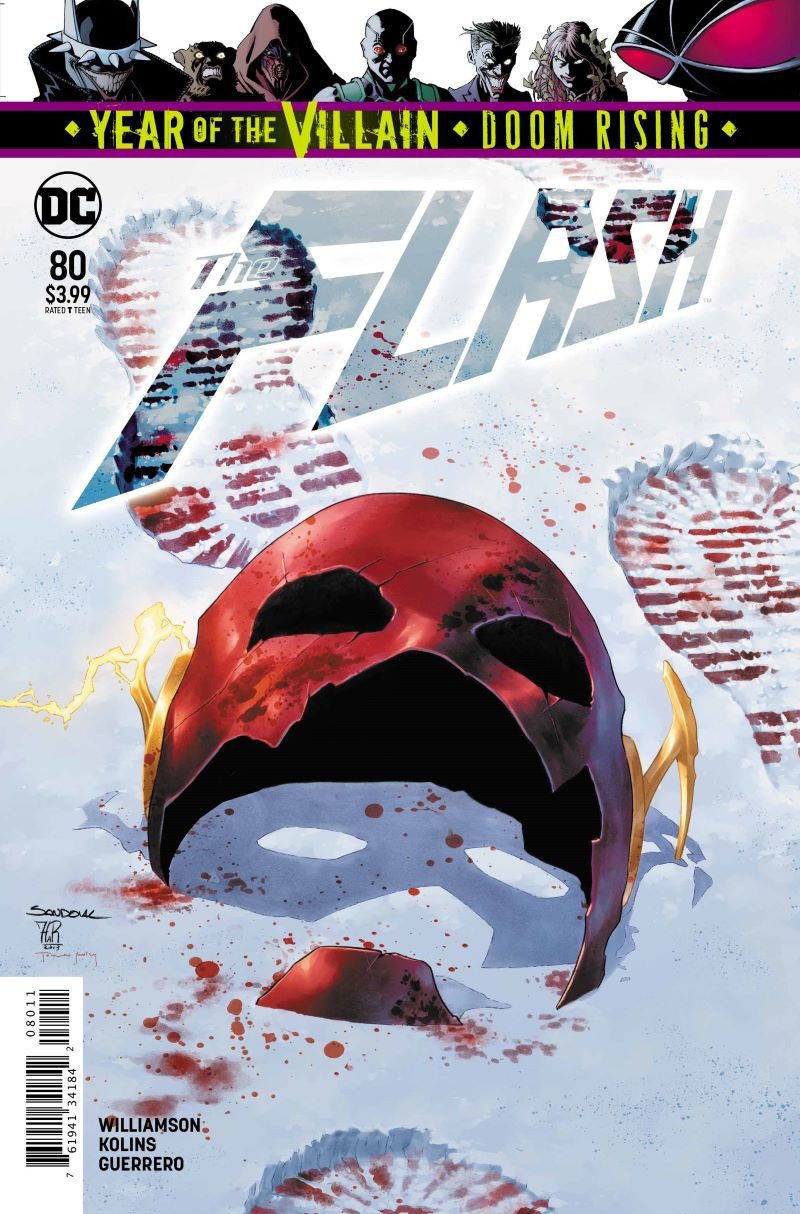 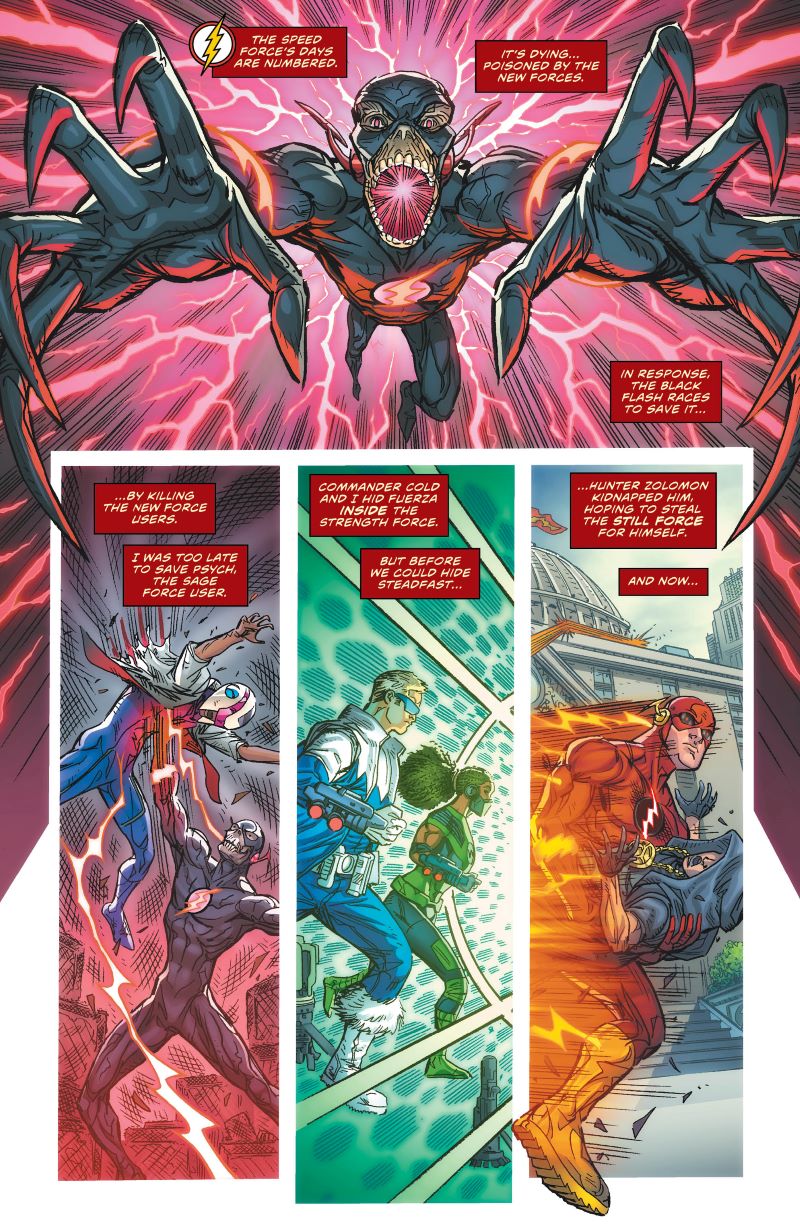 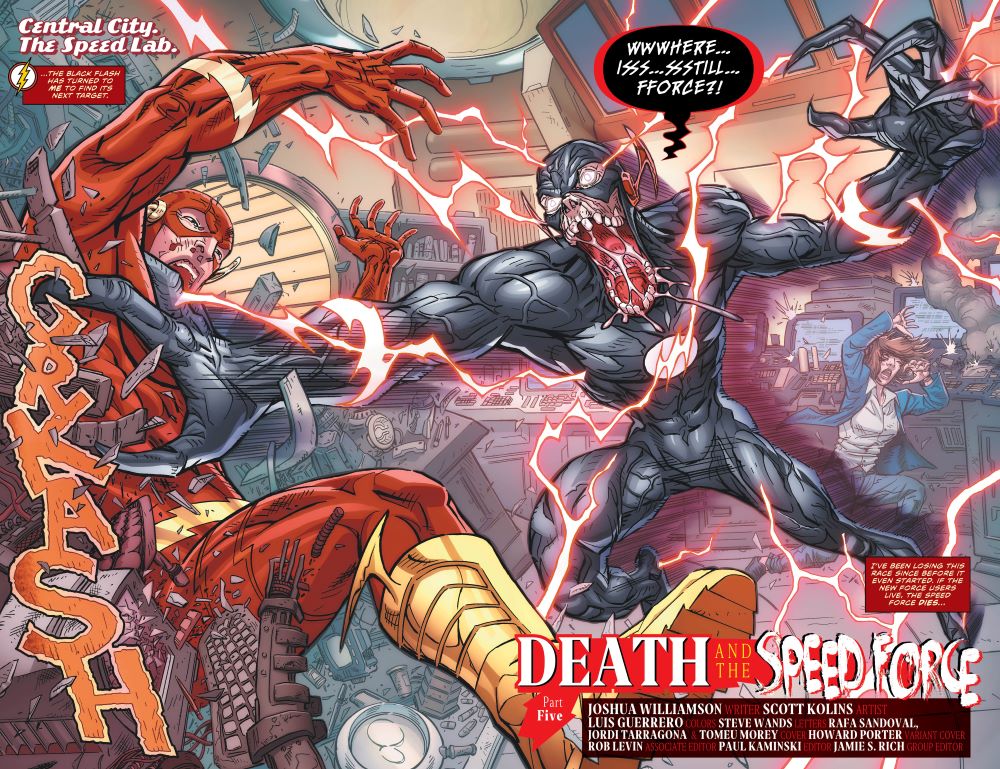 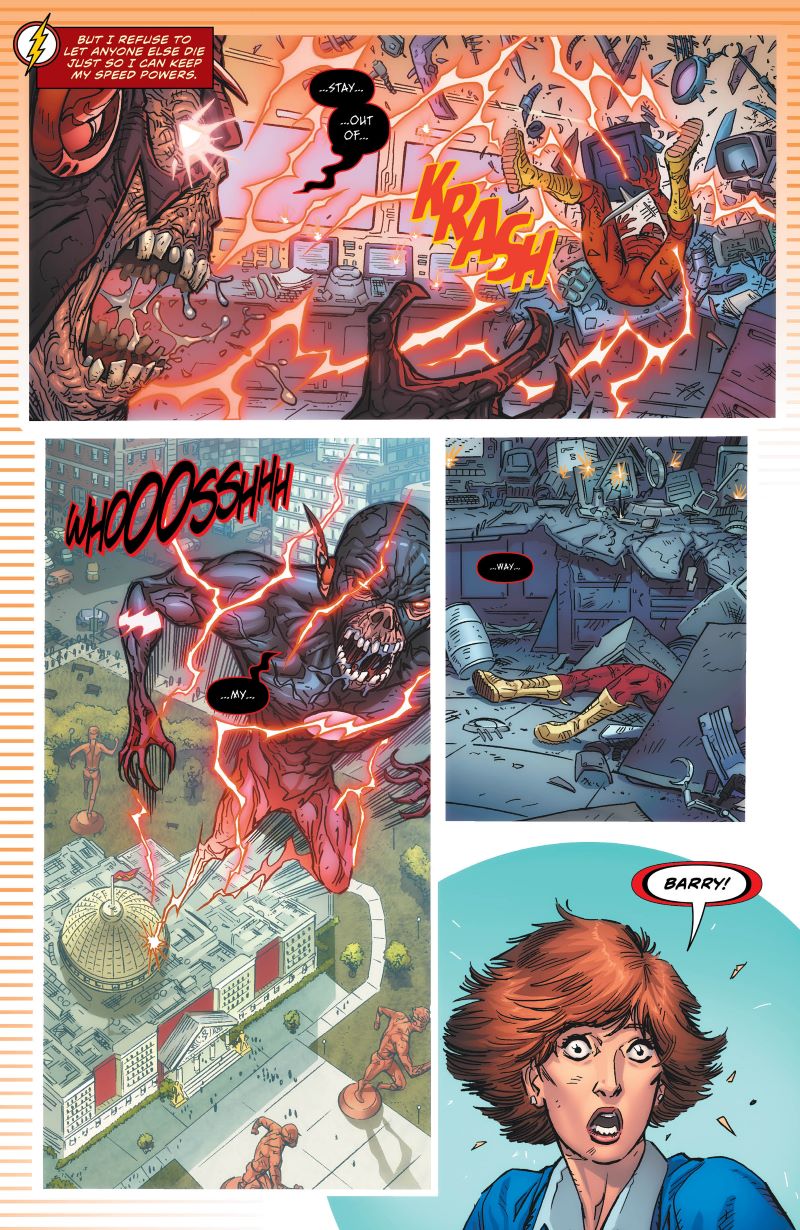 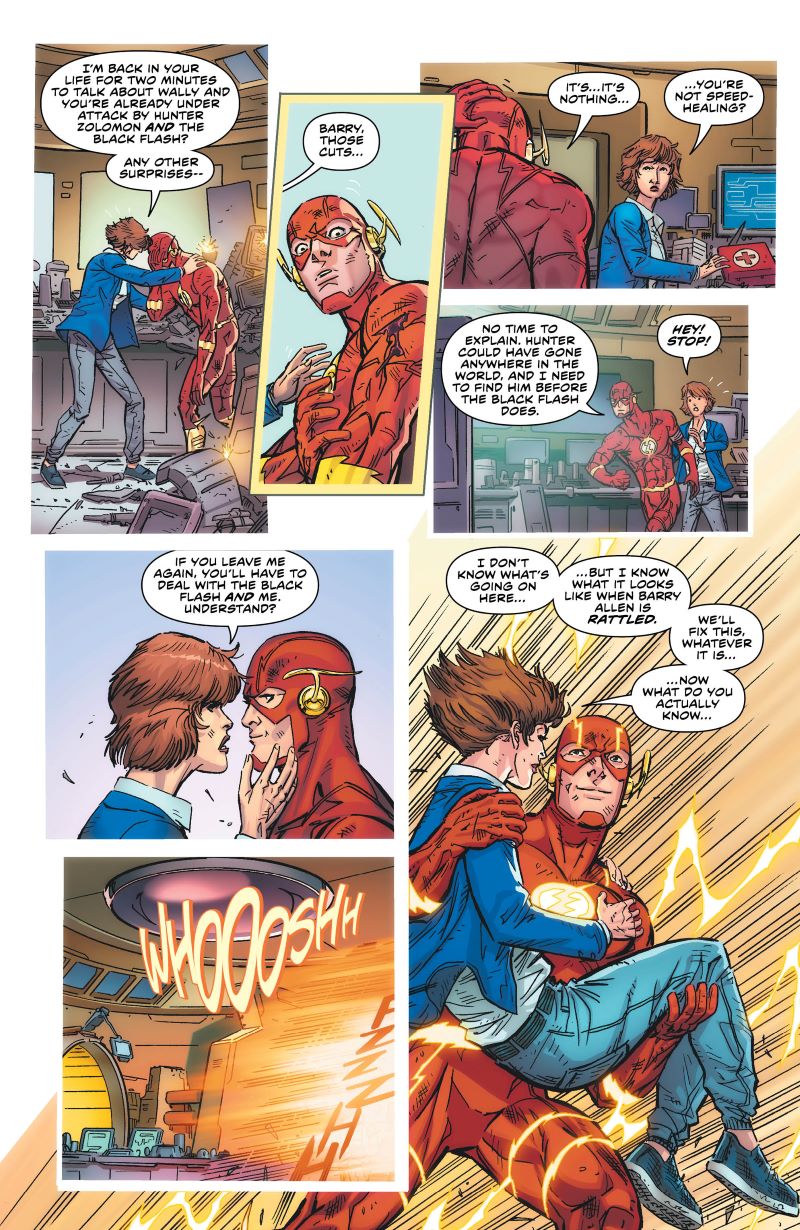 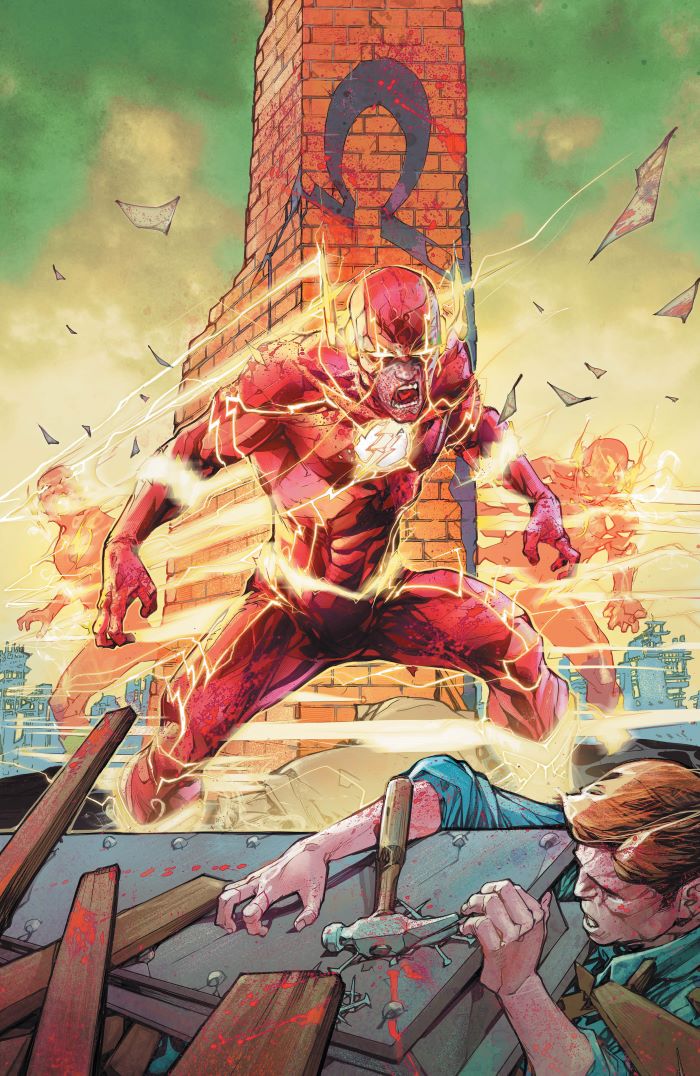