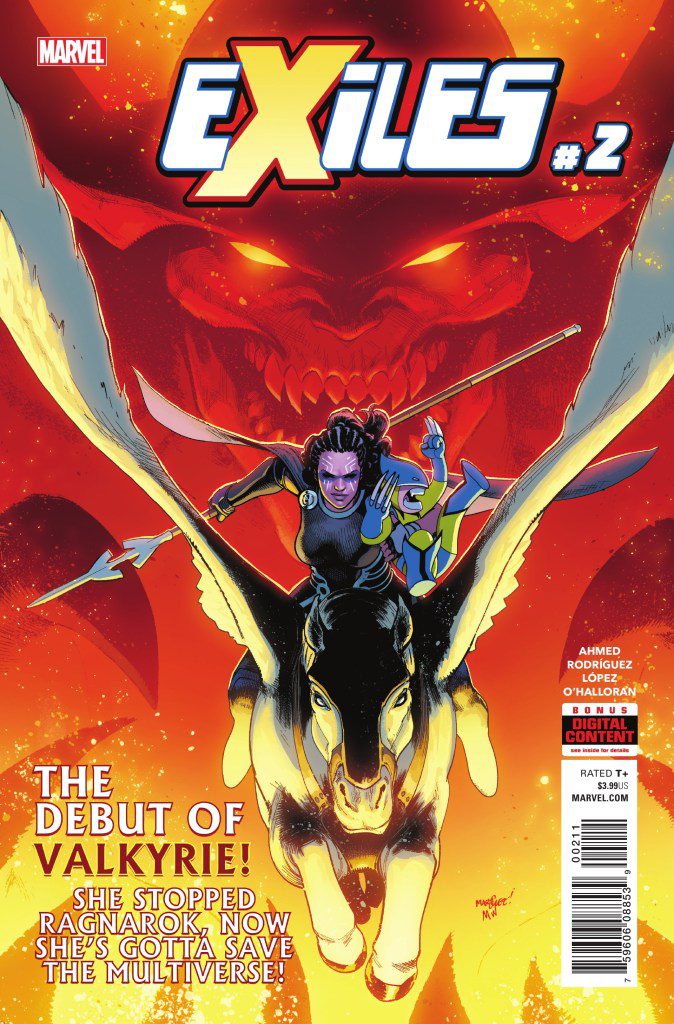 Blink, Iron Lad, and Khan are teleported to another Earth, one covered in snow. As they get their bearings, they discover that they’ve been dropped in the middle of a battle between Valkyrie and Surtur. After some entertaining introductions, they find themselves moved again to another Earth. One that has a distinctive look. Valkyrie’s joining the team seems a little too quick, but it works for the most part. I would have liked to have seen some measure of conflict from her to give a reason for her joining other than the adventure of it.

They meet the next member of the team, an animated version of Wolverine who seems really interested in finding out who stole the pies he was looking for. His interactions with Valkyrie are actually pretty funny as he confronts Li’l Magneto. The mystery gets deeper and the stakes are raised when The Watchers show up and decide to pass sentence on the one who brought them all together.

The end of the issue sets up the series well. Ahmed has crafted an interesting story with characters that have backstories and motivations that are worthy of exploring. The art by Rodriguez is well done with a retro feel that works with the time travel theme of the book. It will be interesting to see what chances are taken and stories are told now that the players are in place.