The Fall and Rise of Captain Atom #6 Review 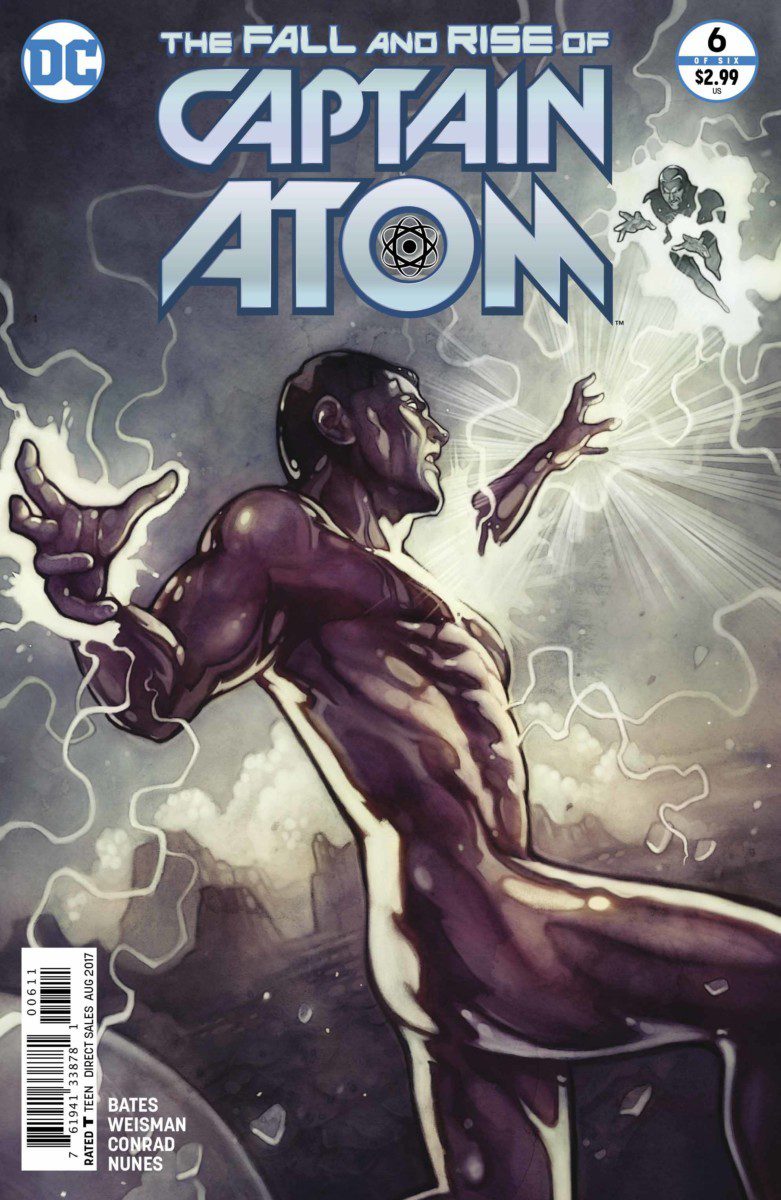 The Fall and Rise of Captain Atom #6
DC Comics

Written by: Cary Bates and Greg Weisman
Art by: Will Conrad
Letters by: Saida Temofonte
Colors by: Ivan Nunes

In the thrilling conclusion of this story, secrets are brought to life and already strained relationships come to a head as Captain Atom puts the pieces of the puzzle of his existence together. The beginning of this issue deals with General Eiling hiring the assassin Thrane, now known as Ultramax, to kill a suspected terrorist on American soil. Atom confronts Eiling about the decision and his role in betraying the hitman, causing him to be put in prison and executed. Eiling tells him the truth for once and Captain Atom leaves to ponder this new information. 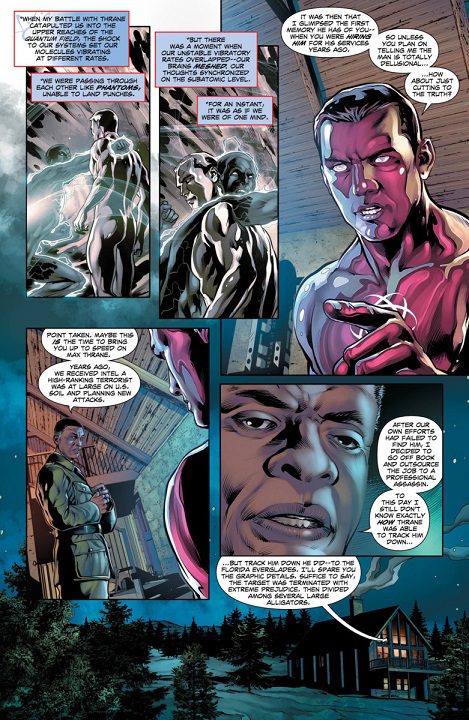 As the hero sits at the grave of his dead wife, lamenting his inability to spend time with his son, Ultramax strikes again. As Atom and the doctor determine where the villain is, he finds out that Ultramax has kidnapped Captain Atom’s son and will trade the boy for the General. Knowing this is an obvious trap, Captain Atom and General Eiling make their way to the rendezvous that the villain has demanded with the plan to take him out, hopefully.

This is a thoroughly satisfying conclusion to this story. Every issue has kept me engaged and the story by Bates and Weisman hit on all the emotional and action beats. Although this is the end of this particular story, the continuing story that they are setting up sounds interesting as well. Will Conrad’s art works so well with the story. The power of Captain Atom is rendered in a fluid, colorful way that makes the character move across the panels. This is a great story and I really want to know where the creative team takes the story from here.