Fallback
Developed and Published by Endroad

Yeah, this game isn’t that one!

The game of Fallback is a side-scrolling, 2.5-dimensional action game where survival to the surface is key. You start off with mininal abilities and traits. As you progress through multiple plays of the game you’ll unlock abilities to help you. An early one that was quite useful was the 10% chance to get a free skill when you activate a terminal. Terminals in the game will give you skills that you can buy with Vesta that you get from killing robots.

Whether it shows up sooner or later, at some point you will have to face a Level Guardian. The first to show up will be a comical looking robot with a really happy face (as you’ll see in loadscreens). Once you defeat it you’ll open up the next level to progress towards the Surface. Though be careful! You get killed and you have to start all the way back at the beginning. You will be able to rescue other humans to help unlock different abilities to assist you in your quest.

Overall, the game is repetitive however it is a challenge to say the least. The graphics are sharp and once you get the style of the gameplay it helps with the transitions during levels. Audio in the game could use a few upgrades and the human “language” needed something more (along with the dialog). Controls are good if you use the presets however I’d suggest changing them to something more comfortable to your play style. 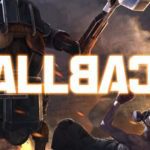 A lifelong nerd, Chris has a deep respect and love for the visual arts of movies and television. Able to name a Star Trek Next Generation episode from just the first 30 seconds! Passions for gaming in its various forms, technology, and knowledge drive this man's will to live!! Twitter @OGNerdChris