The Fate/ franchise has been around  for well over a decade and their latest title has made their way onto the Nintendo Switch. Fate/EXTELLA originally came out for the PS4 and Vita back in 2016 and takes place in the Fate/Extra world and includes characters from ncluding characters from Fate/EXTRA, Fate/stay night, Fate/Zero, Fate/Apocrypha and Fate/Grand Order.  The Nintendo Switch version of Fate/EXTELLA arrives with over 30 previously-released paid DLC costumes along with an exclusive new Unshackled Bride outfit.

Fate/EXTELLA: The Umbral Star is a fast-paced hack and slash reminiscent of Dynasty Warriors or Warriors Orochi. You take control over 16 different heroes, also known as your servant as you face off against hoards of villains and protect your sectors from being captured by the enemy. When you aren’t button smashing like a madman, you can build relationships or form “bonds” with your servants in between battles. These actions take place as a sort of visual novel. You can also unlock side quests which will further increase the bonds with your servants. 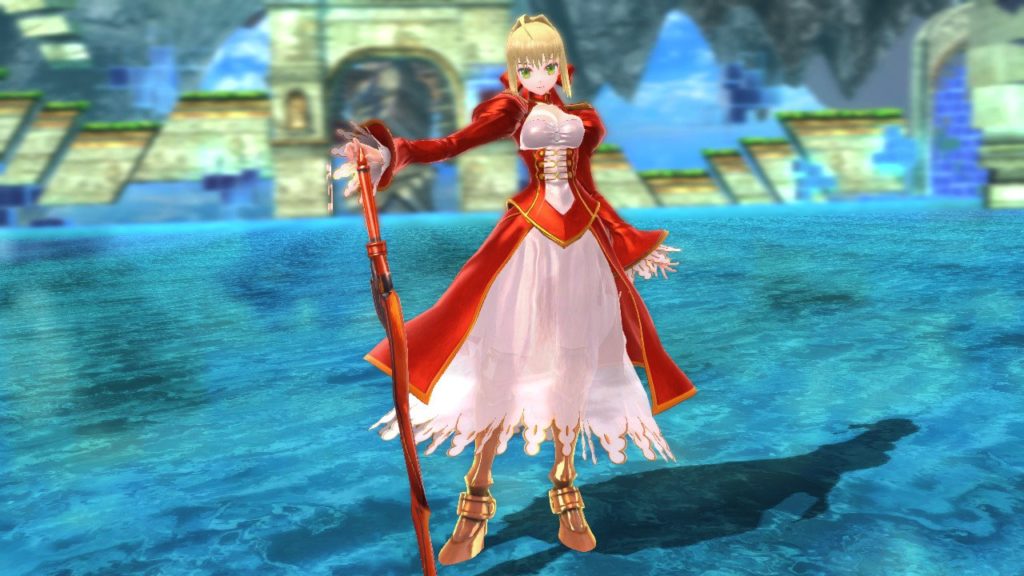 The story may be a bit confusing at moments if you aren’t familiar with the series but it is nothing too far out of left field. The franchise expands across content including mangas, multiple games and anime series. The voice acting is in Japanese so you will have to resort to reading the captions which isn’t a problem during the cutscenes and in between levels, however I did manage to miss a lot of what was said during the battles especially during boss fights. Also, it would have been much better if the text was larger. Marvelous nailed the music, as it is one of it’s strong points, some of is rather catchy.

I was overall impressed by the gameplay performance of the game. I’m a huge fan of the anime art style with these games, it goes wonderfully with the manga and shows. The bright colors are beautifully bleeding all over the place, attracting me like a bug to a zapper. During my gameplay, I noticed zero frame-rate drops or delays. This version of the game, as expected, looks much better than the version previously released for the Vita. It ran smoothly on both handheld mode as well as on the dock. Similar to Breath of the Wild, I did actually notice a slight improvement while in handheld mode. 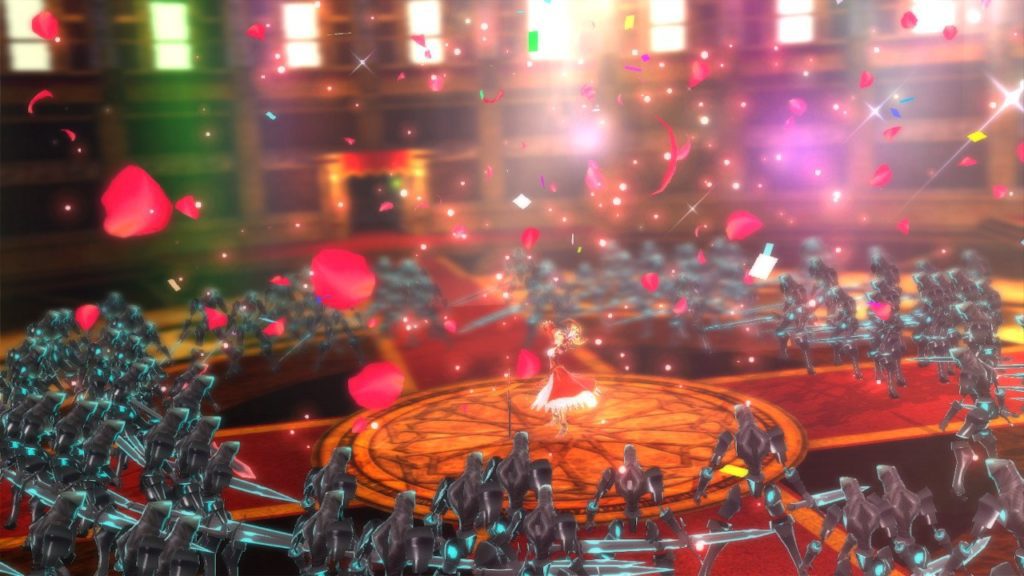 The game can be a bit repetitive at times, from the character designs to the same regurgitated stage designs. This is probably the biggest flaw of the game, however admittedly I found myself consistently running back, mainly due to my connection with the characters as well as how well it played on-the-go.

The controls are very straight forward, you have your standard attacks, blocking ability, power moves and your specials. As you level up, you can equip new skills and craft new items that will provide you the advantage during battle. Before each level, you also have the option to choose the difficulty of the match, from Easy to Hard mode which is a nice addition. Even if you run into a bit of trouble during a match, you can adjust the difficulty accordingly. From what I noticed, the gameplay is just about the same, your attacks are noticeably stronger when set to Easy.

Seeing how the Switch is only about 5 months old, we have yet to have many games to this effect on this console, with the exception of Dragon Quest Warriors 2 which was only released in Japan. Fate/EXTELLA is a great addition and a perfect fit for the Nintendo Switch, especially those fans of handheld mode. If you are a fan of hack and slash or the Fate/ series, or even just want to expand on your Switch collection, you may want to pick this one up.