Father Figures is a run of the mill Comedy about a pair of twins(Owen Wilson,Ed Helmes) who find out the story of their deceased father was all a lie. After their mother(Glen Close) tells them that she had many partners in the 1970s and then finally gives a name. Terry Bradshaw(playing himself). They didn’t get quite the answers they expected so they go on a road trip to find out who their father really is while learning things about their mother, making them uncomfortable but also happy to see her different light. Meeting some really interesting people along the way.

It’s a typical ‘Bromance’ comedy. I had a few really big laughs at characters like the Hitchhiker(Kat Williams) and was filled with jokes that weren’t supposed to be jokes which makes it predictable. It has Laughs, fights, revelations and a happy ending with some drama. There were some big-name stars which made the film fun and a little less generic than these types of films. J.K. Simmons’s character Ronald Hunt and The Hitchhiker, Who was never given an actual name were hilarious. Even Terry Bradshaw made me laugh more than I did during half the movie. Dr. Tinkler(Christopher Walken was great as always. He only had a small role but he was in the scenes that we see the totally expected drama that’s followed by the happy ending scene that’s in almost every one of these type of comedies. 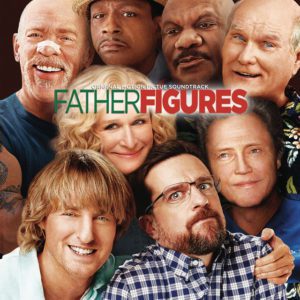 It wasn’t terrible, but a little too predictable. The star power is what definitely one of the only things that saved the movie. Even though Wilson and Elmes are known to be great comedic actors, it’s totally typecasting. Wilson’s character was almost the exact same character he played in ‘You, Me and Dupree. Overall it’s a typical almost generic comedy with a few great laughs.