FEATURE: Eight SPIDER-MAN Spin-Off Movies That Should Be Made

Sony Pictures attempted to expand the Spider-Man universe with 2014’s The Amazing Spider-Man 2, which set up a planned Sinister Six spin-off film. Movies starring Venom and an unknown female hero were also in the works. However, these plans were pretty much scrapped when Amazing Spider-Man 2 underperformed, and a new iteration of Peter Parker will be introduced in the Marvel Cinematic Universe.

However, there are many characters in the Spider-Man universe(s) who can hold their own spin-off film. Assuming that the next Spider-Man film is a success, it would be ideal for Marvel and Sony to continue their partnership and eventually expand Spidey’s world with spin-off films.

In my opinion, the best way to create a Spider-Man cinematic universe would be to incorporate multiple web-slingers. Sony attempted to create a world where Peter Parker is the only Spider-Man, and the spin-offs would be all about the villains. However, focusing only on the villains could get old after a while – especially if they’re as mediocre as they were in Amazing Spider-Man 2 – and there are so many other options.

Below, I’ve compiled a list of eight potential Spider-Man spin-off movies that I would love to see.

Starting off with arguably the most obvious choice. A more recent creation in the comics, Miles Morales became Spider-Man in Marvel’s Ultimate universe after the death of Peter Parker. He later joined the main Marvel Universe after the Ultimate imprint ended.

Morales has proven to be a fan-favorite character since his debut. He is the first African-American to become Spider-Man, adding more diversity to the line of web-slingers in the Marvel Universe. In fact, Morales – who is biracial, since his mother is Puerto Rican – was wanted by many fans to become the MCU’s Spider-Man, until Tom Holland was cast as Peter Parker.

However, that doesn’t mean Miles can’t headline his own movie in the future. Introduce him in his own film as a Spider-Man in an alternate world, similar to the comics. Or, when Holland finishes his run as Parker, have Morales come in and replace him as the main movie Spidey. Either way, bringing Miles Morales to the big screen would add more much-needed diversity to Marvel’s lineup. Fingers crossed that he will appear in a movie sooner than later.

Sony has been trying to make a Venom movie for years. Most recently, it was set to be an Amazing Spider-Man spin-off, with Alex Kurtzman attached to direct. However, with the Amazing Spider-Man series cancelled and a reboot in the works, it looks like this movie isn’t happening anymore. But, it would be great to see Venom headline his own film someday.

Which host of the Venom symbiote should star in such a film? While I’d love to see a proper version of Eddie Brock on the big screen, I think Flash Thompson, aka Agent Venom, has the most potential as a solo character. Thompson is the current host of the symbiote in the comics, and he has taken more of a heroic approach to the character. In fact, Agent Venom has gone on to join teams such as the Secret Avengers and the Guardians of the Galaxy.

I think an Agent Venom movie would be a unique way to bring the villain/antihero to the big screen. It would make Flash Thompson a more significant character than “generic high school bully,” while his military connections would add something new to the Spider-Man franchise. And, let’s face it, the Agent Venom suit looks too cool.

Another recent creation in the comics is Spider-Woman, better known as Spider-Gwen. This character debuted a couple years ago in Marvel’s “Spider-Verse” event. As you may have guessed, Gwen Stacy becomes a spider-like hero instead of Peter Parker.

In this alternate reality, Gwen is bitten by a radioactive spider and becomes a superhero with spider-like powers. As for Peter Parker, well…he becomes The Lizard and later dies. Spider-Gwen has become a huge fan-favorite, to the point where Marvel is now publishing her own ongoing series.

A Spider-Gwen movie would be a very interesting idea. If Sony and Marvel wanted to create a female-led Spider-Man spin-off, this would be the most obvious choice. Gwen Stacy was a beloved character in the Amazing Spider-Man movies, so she certainly has a following. If there are no plans to include her in 2017’s Spider-Man reboot, the studios could explore an alternate, more heroic version instead. And, as an alternate reality-based story, it’s crazy and different enough from the classic canon to work as a feature film.

Next, we have yet another alternate version of Spider-Man in another world. Set in the year 2099, this Spider-Man is Miguel O’Hara, a geneticist who tries to recreate the original Spidey’s powers in other people. However, after an accident, O’Hara himself has spider powers, and he becomes the new Spider-Man.

A Spider-Man 2099 movie would offer something visually unique to the franchise. Exploring a potential future would be very cool, and the costume would look awesome on the big screen. Also, O’Hara is the first Latino to become Spider-Man. So, we have another option if Sony and Marvel wished to diversify the franchise.

Overall, Spider-Man 2099 could be a totally new and interesting addition to not only this franchise, but to the comic book movie genre as a whole. Fingers crossed that it will someday be brought to the big screen.

One of the planned Amazing Spider-Man spin-offs was Sinister Six, which would star the iconic supervillain team. Drew Goddard wrote the script and was on board to direct. But, again, Sony’s deal with Marvel Studios put a stop to development…for now. Spider-Man has one of the greatest rogues galleries in comics; only Batman’s can rival it. So, a film dedicated to some of these villains would be very cool. But, it has to be done right.

The villains in the Amazing Spider-Man franchise were, quite frankly, not very good. Lizard was forgettable, Rhino was awful, Electro was uninteresting, and don’t even get me started on “Green Goblin.” So, why would anyone want to see an entire film starring these characters?

However, if the villains in the Marvel Studios-produced Spider-Man series are good, then Sinister Six sounds like an interesting idea. Create a film focused on the assembly of this team, and in a Spider-Man sequel, have the group fight Peter Parker in an epic battle. Also, if studios want to produce more supervillain-centered comic book movies, such as this year’s Suicide Squad, then exploring Spidey’s rogues gallery would be an ideal decision. Again, though, the characters have to be interesting enough to warrant their own movie.

Moving on, we have an alternate version of Peter Parker who is very different from the classic one. Spider-Man Noir lives in the 1930s, during the Great Depression in America. This is a more realistic, darker and more serious take on the mythos. It makes for a very interesting concept that could be an engaging movie.

A Spider-Man period piece sounds like a fascinating idea, especially since the 1930s era hasn’t really been explored in comic book movies. So, this setting would make the film a unique entry. Also, if Sony and Marvel are dead-set on having Peter Parker star in Spider-Man movies, then Noir would be a way to keep the character fresh and interesting. A darker, more serious Parker who lives in the Great Depression and uses a gun? Now that’s different.

So, Spider-Man Noir would be another way to expand the Spider-Man universe (Multiverse, in fact) and to continue to freshen the brand. 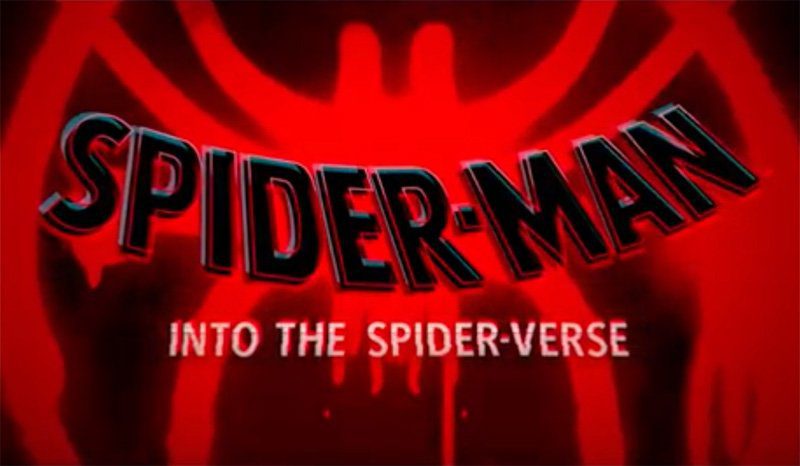 And it all comes down to this. “Spider-Verse” is a 2014 comic book arc that unites a slew of different Spider-Men and Women throughout many alternate universes. Everyone from Peter Parker and Miles Morales to Spider-Gwen and Miguel O’Hara play roles in this huge storyline. The concept was also featured in the video game Spider-Man: Shattered Dimensions, as well as season three of Ultimate Spider-Man.

A Spider-Verse movie would significantly expand Spider-Man’s world and bring together many fellow heroes. Imagine that Sony and Marvel made movies for Spider-Gwen, Spider-Man Noir, Spider-Man 2099, Ultimate Spider-Man and more, in addition to the Peter Parker-fronted series. Then, they make a movie where they all team up against a common threat.

The crossover potential would be insane, and it would explore a Multiverse that hasn’t even been touched on yet in the Marvel Cinematic Universe. The film could also introduce new characters that have spin-off potential. And – this is me as a fan – but imagine if Tobey Maguire and Andrew Garfield’s Spider-Men returned and teamed up with fellow web-slingers in a Spider-Verse film. I would love to see that happen, as unrealistic as it is.

So, in conclusion, a Spider-Verse movie has enormous potential. Hopefully, Sony and Marvel recognize that and utilize the concept into their partnership someday.

Which Spider-Man spin-off movie(s) would you like to see?