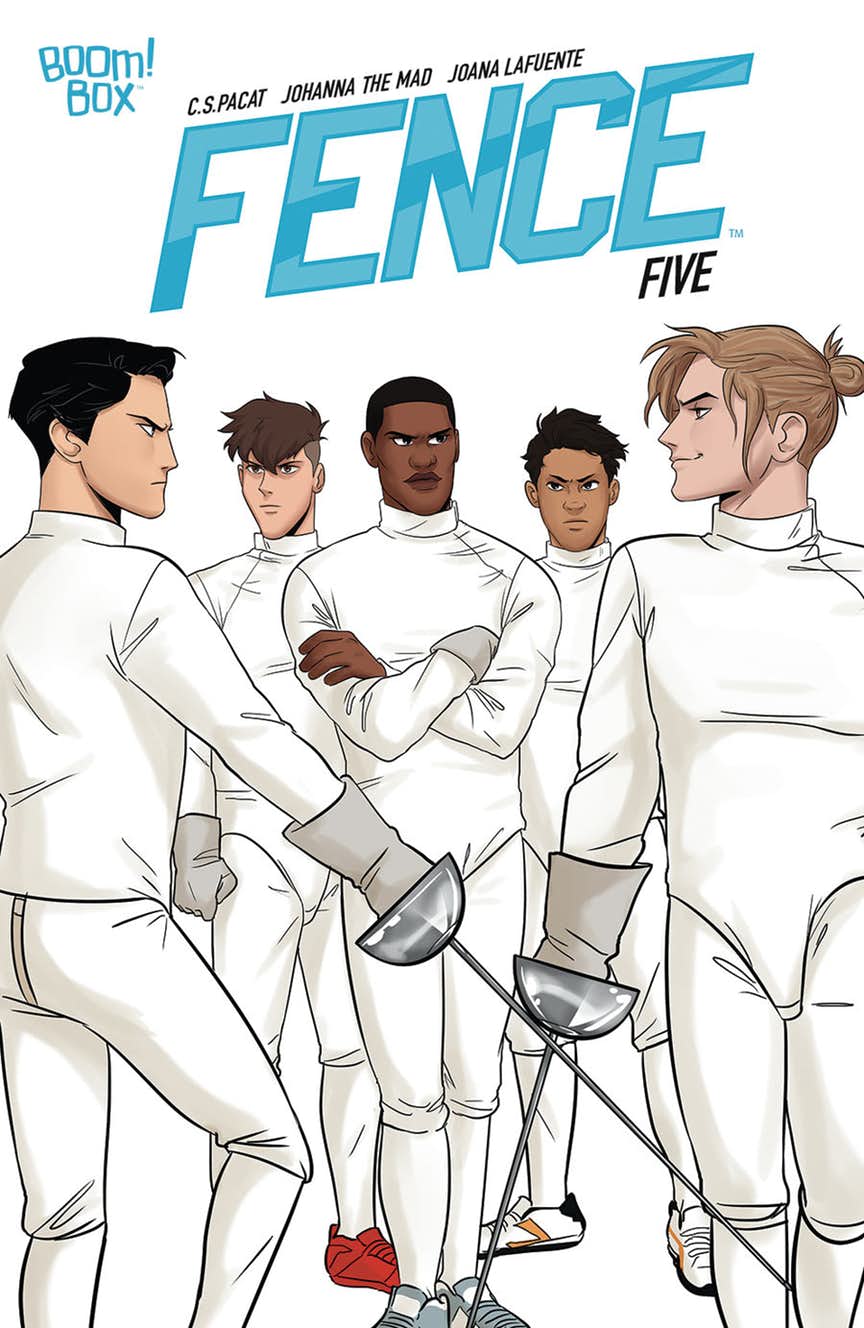 Fence is back with a new issue I find myself still very much enjoying it, even though I’ve never even watched a single match of this sport in my life.  Nicholas this time around only gets a small amount of focus in the issue but it was definitely enough as it focused on motivating him to continue to do his best and improve after every match he has coming. His coach is very hard on everyone but it’s clear that she can see potential and faults in every one of her players. I also believe what can draw readers into Fence with Nicholas is how he’s not a Mary Sue in this story. He is someone that could fail out of a match at any time It leads you rooting for a guy that is consistently trying his best but there is no guarantee that he is going to win.  When we get to our only match for the issue, which is Seiji facing off Aiden. We’re given a match where these two have been written to pretty much to be unlikeable. With Seiji being a jerk and Aiden being lazy and a playboy, you may end up surprised on how you feel as their duel goes on and who you may want to root to win in this match.

This was definitely one of the best matchups so far and hopefully, these two will go at it again in the future. The most enjoyable theme in this issue though was how it focused on how mentally exhausting the sport can be on anyone. It doesn’t matter if you’re new or you’re undefeated.  It’s something that lingers onto everyone, which can affect their performance and be their downfall in a match they should’ve won. Their coach wants to build up their confidence and Nicholas is certainly opened up for it where someone like Seiji may be too stubborn to listen to his coach and that will only lead him to lose more matches like at the tournament he was at prior to coming to this new team.

Fence may be a sports comic but the way it’s building its characters up is what makes the actual sport exciting. Fencing is just a platform for everyone here to grow from and at its core Fence is a story of working hard to do and be at your best.