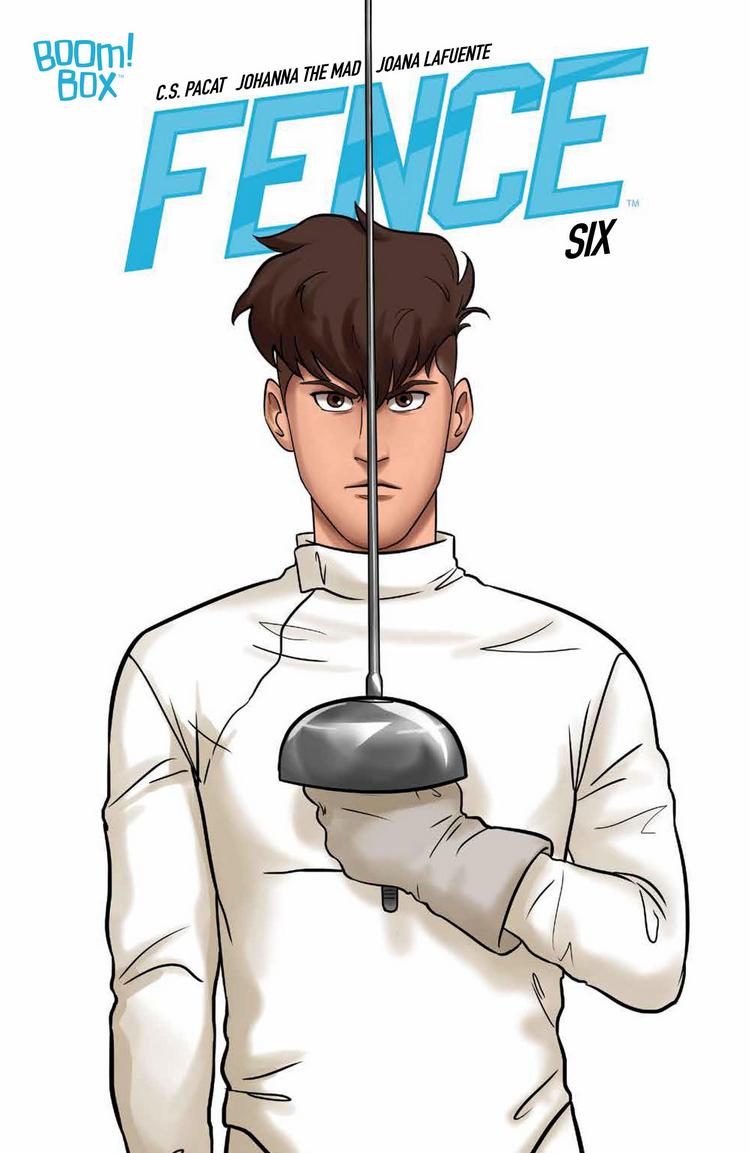 Written By: C.S. Pacat
Art By: Johanna the Mad
Colors By: Joana Lafuente
Letters By: Jim Campbell
Release Date: May 16, 2018

Nicholas has gotten a bit of newfound confidence in the new issue of Fence. With that, he goes head-on in his second match at the school and he surprises everyone that is watching. After his match though he began boasting a bit about his win. Nicholas is an interesting main character as he’s not someone that is likable in a lot of ways. He gets frustrated and nervous from previous losses and now a win has him feeling like he’s on top of the world. I do like that he shows that he tries to work hard to improve his skill, but I do enjoy that he’s not this perfect player or how he tries to hold a win over Seiji after Seiji just lost his first match.

What’s most noticeable about Nicholas here though as far as his skills are concerned, you see where he can go from here and how he can really put in work to make himself standout as a top-tier fencer like the rest of his peers. I would say Seiji is the more likable person in this issue. He is arrogant about being better at the sport than anyone else, but his stature seems to come with heavy baggage due to his family expectations which we get a little bit of exploration here and I do hope we see some more of it. He definitely needs to improve on supporting his fellow teammates and not just think about himself, but I believe he’s more worried about disappointing someone in his life instead of trying to cheer on other members of the team.

The matches here didn’t feel as heavy as a couple of the previous ones have but I think they were still handled well enough to for what they were to show. Plus the hang off at the end leading to Nicholas next match is going to be the one where he really needs to pull out everything he has in him to win. I will always say that you don’t need to be a fan of a sport that is used as a platform for a drama story. I think what Fence does really well though is it explains well enough for readers unfamiliar with the sport while still delivering a fun drama and coming of age story where it’s about working hard to improve yourself and the others around you.