Today I’m going to review Fighter of Evil, an upcoming PC Action game by Sharkgame and published by Rhino Games 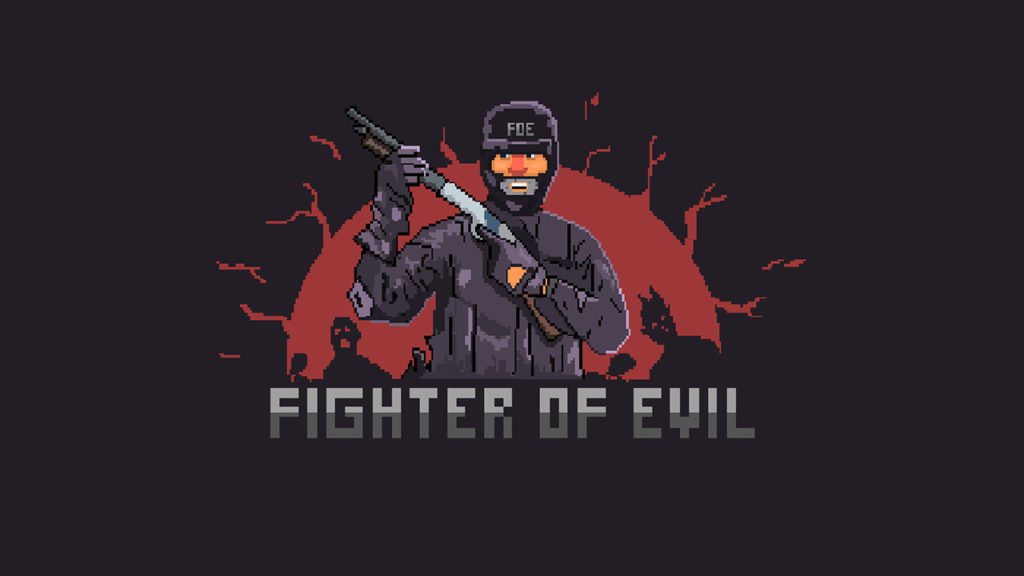 Fighter of Evil is an action game that takes place in the near future. A hotel placed an emergency call to a group of fighters that dispel spirits. Unfortunately staff and clients have been taken hostage.

Your job should you choose to actually play it after this review is to go through the hotel, and free the captured people and dispel the spirits. This game features 30 levels and a whopping 3+ weapons! Thankfully, the poor dialogue is kept to a minimum (which is actually considered a feature on the Steam page)

Starting the game right off the bat I ran into problems, there are no options and I was unable to get the game to go into full screen mode.  The build I have is a beta build, so hopefully this will be addressed. I didn’t care for the sound or music, unfortunately there’s no easy way to mute the sound or music, since there’s ZERO options, so I had to actually mute it through the Windows 10 mixer board. Another fault in this game is that it has zero gamepad support. Strictly mouse and keyboard with no configurability.

Starting off you get a HORRENDOUS comic book picture that does nothing but instill fear in you…. fear that this is going to be a crappy game. 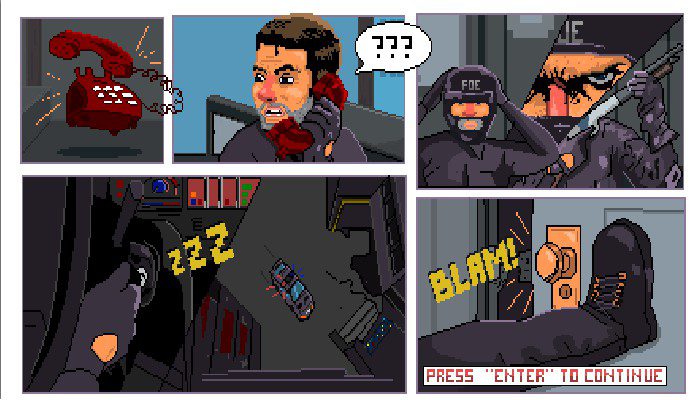 Yeah, that’s a real treat isn’t it? The funny thing is there’s no real reason for the character to even be kicking in the door, it’s a hotel open for business.

So after you get through the horrendous comic book, you are dumped in a room with a lovely woman who tells you what is going on, in the most possibly broken English ever. I’m not picky when it comes to games, bad graphics won’t scare me off since I’ve been gaming since Atari, but one thing that does is broken English in a game, and this game so far is FULL of it. 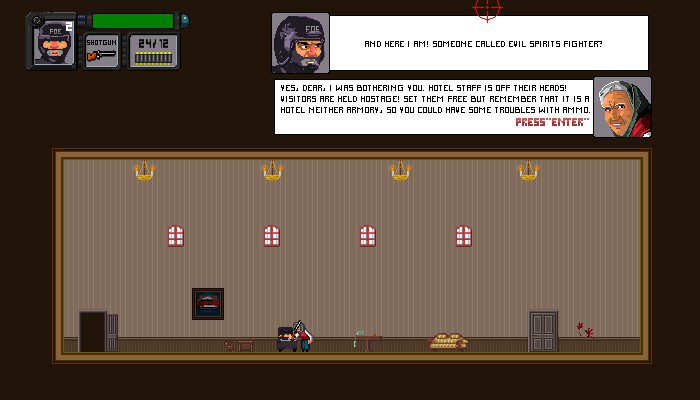 Once you get past Granny and her babushka, you will be put into a room with spikes and a person tied to a post. (What kind of hotel has spikes on their floor?) Once you navigate the spikes and get over to the person, you’ll be tasked with pushing the E button, once you do so the tied up person turns into a ghost or melts, or something? I’m not even sure, at this point does it even matter?Immediately after entering the next room I walked on a mine and exploded due to me not being able to see it because of the small size of the screen. Ugh. As I prepared to walk past the fireplace with some nice Christmas lights (or Festivus) and presents, I exploded for no reason. I finally figured out that I exploded due to one of the Christmas/Festivus presents coming to life and touching me. That’s right, the “League of Evil Spirits Fighters” or whatever they would call themselves managed to hire someone who dies upon contact of a wrapped cardboard parcel.

Have you seen this:
Othercide Launches Today on PC, PlayStation®4 & Xbox One! 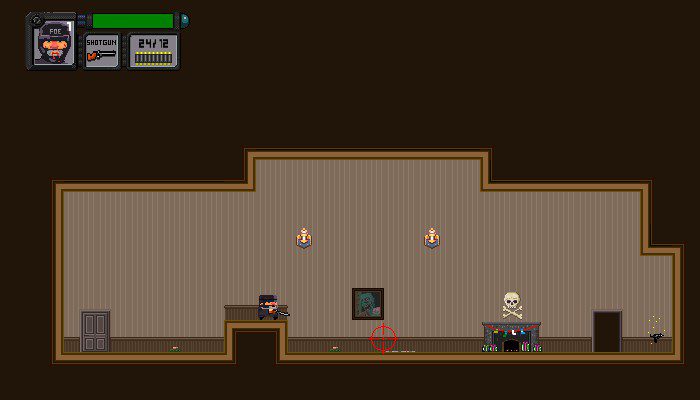 After misjudging the pinpoint accurate death trap of a mine and spike trap, I then realized I had lost all my lives, and had to start the level over.. I found a room with a machine gun firing by itself, that can shoot you and you can survive, but touch a bouncing Christmas present and you’re DEADER than shit. This game is horrendous, and if I had paid even .25 for it I would have asked for a refund. Stay away, far away.