The organization will also continue its 5th anniversary celebration by hosting a Female Filmmaker Meetup during the festival. Says founder Leah Meyerhoff, “What began as a dinner party in New York five years ago has expanded into a community of hundreds of women directors who meet up monthly in a dozen cities around the world. Through a grassroots approach, we are shifting the gender ratio behind the camera and changing the landscape of storytelling.” 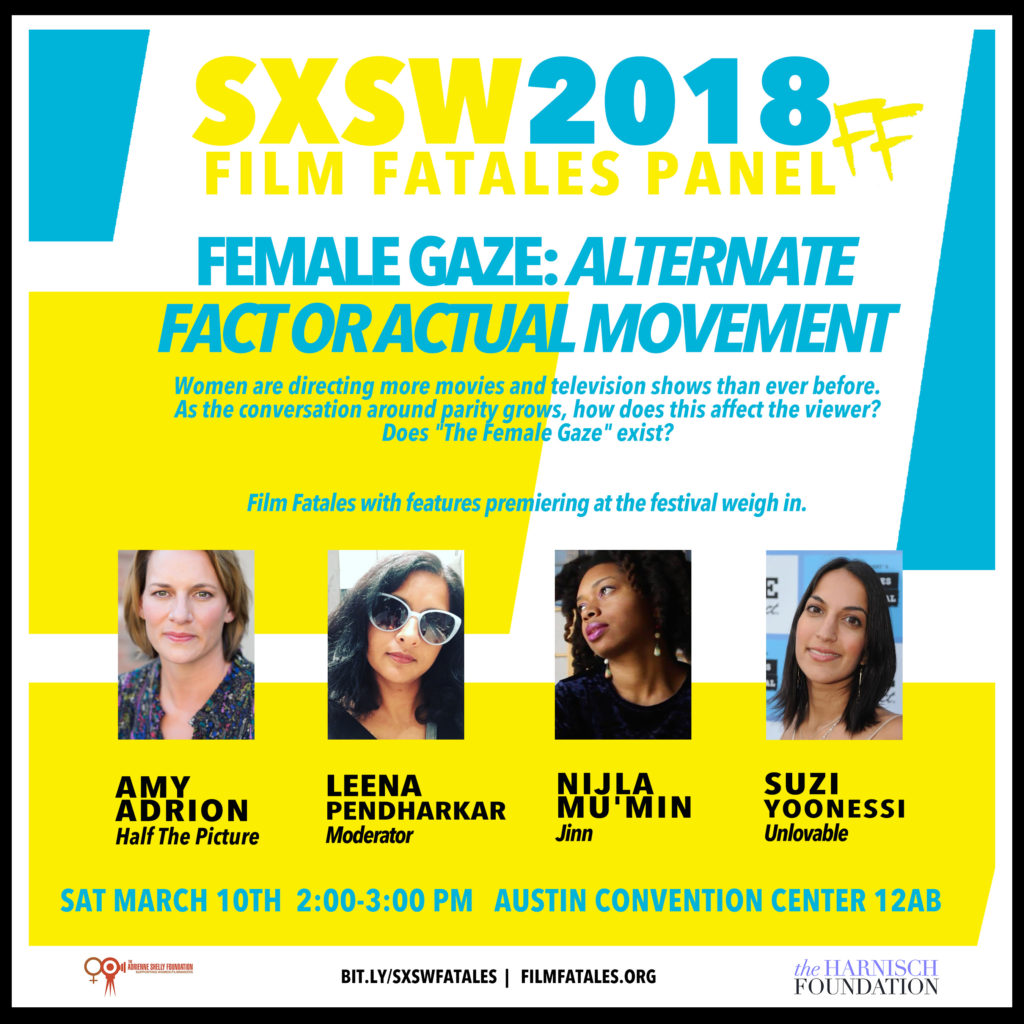 Amid growing calls for gender parity, equal pay and increased visibility for women in Hollywood, Film Fatales has become a vital network for women filmmakers seeking the support and resources needed to further their careers. “I’m so proud to be among this group of women who are defying the odds, telling their stories and supporting one another, day in and day out, with practical help and meaningful encouragement along the way,” says Amy Adrion, whose film Half The Picture will be screening in the Festival Favorites section of SXSW. “In making a film you have to have sustained commitment to something that only exists in your mind and heart, which can be difficult, especially given the naysaying of an industry that’s still unsure what to make of women’s voices. Film Fatales has been a place of renewal along that journey and I’m excited to be at SXSW with so many other women filmmakers doing their thing.”

Adds Suzi Yoonessi, whose feature film Unlovable will have its world premiere in the Narrative Spotlight section, “Productions are obstacle courses, and Film Fataleshas provided me with a community of directors who are the YellowPages of resources and support.” 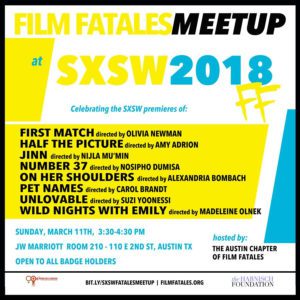 ●      Half the Picture directed by Amy Adrion

●      On Her Shoulders directed by Alexandria Bombach

film film fatales filmmaker Movie south by southwest SXSW
Are you an Insider?News, reviews, & updates are just the beginning.