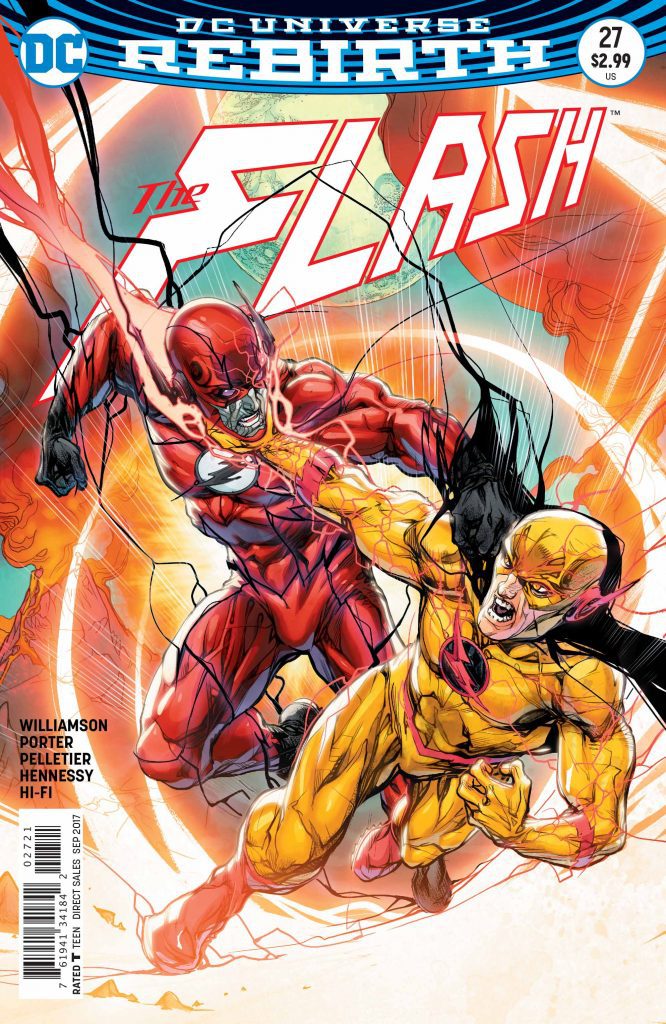 As Iris runs through the Flash Museum in the 25th Century, Barry and Thawne cut a path of destruction throughout the place as they fight each other. Barry has been affected by his time in the Negative Speed Force and has emerged very differently. Thawne sees the new Barry as the perfect ally. Barry gives him some hard truth that a sane person would have understood by now. Both speedsters fight an epic battle across time with neither one getting the advantage. As they return to the future Barry finally says to Thawne what I’ve personally been thinking since he came back.

As Barry deals, what he thinks, is the final blow to Thawne, the Reverse Flash continues to goad him. He tells him all the things he plans to do to him and how 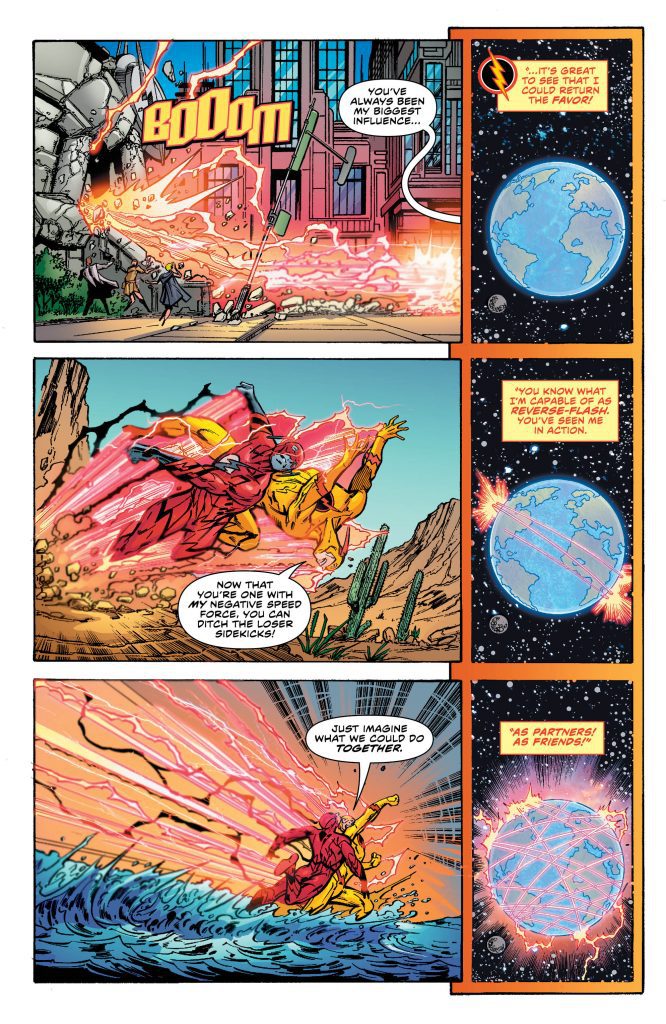 their fight will never be over. Unfortunately, someone else has other plans. As Barry tries to comfort Iris, she is insistent that he take her home. An event that causes changes in the timeline of the museum itself. Barry is forced to deal with some hard truths about the life he’s chosen and the decisions he’s made. Decisions that will change the course of his life going forward.

The ending to the Running Scared storyline was well done. I’ve always had a problem with Barry being so afraid of Reverse Flash and this issue finally gave some context to who Thawne is and why Barry should be able to move past his fear. Williamson did a great job of actually addressing an issue I’ve had since the beginning of this arc and as a reader, I appreciated it. The art has been consistently good and I enjoy the way the panels are laid out as they have motion and emotion in them.