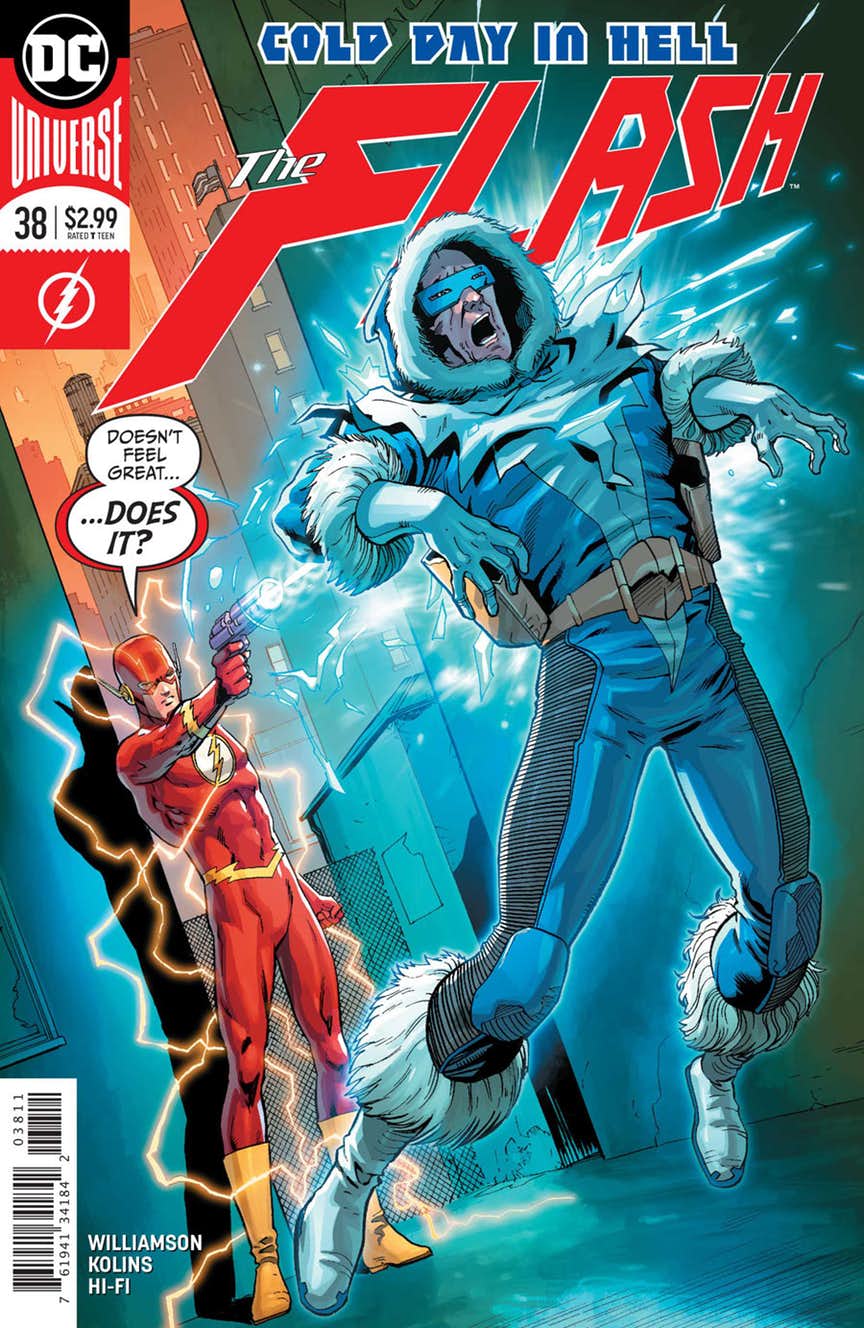 Barry Allen has made a lot of mistakes lately. Mistakes that have alienated him from most of the people in his life and have even started to effect his work. As he finds himself at the mercy of Captain Cold, Barry must make a decision to give in or keep fighting. In a bold that will have some interesting consequences, Godspeed decides to wait for the moment when Cold reveals his plans to step in and save the Flash, giving him the ability to regain his powers.

In the aftermath, Barry must decide whether to take down Godspeed or go and save Wally, who is speeding towards a trap. This is another 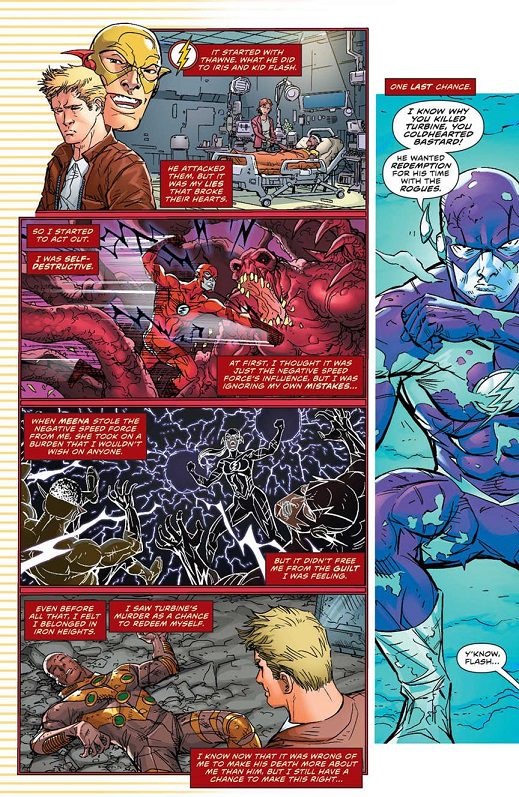 issue that seemed to be really short in my opinion. All of the buildup made in the previous issues was great and the conclusion just left me wanting more. More in the sense that I felt that there was a lot missing. There were several moments that could have been expanded on and they just seemed to just lay flat.

The beginning of the issue has some really great reflective moments for Barry and I wish they had been explored a little more. Other than the minor satisfaction of the sticking it to Warden Wolfe, the issue just seemed unfinished to me. I think a couple of pages added to this one would have rounded out the arc a little more cleanly and given a better setup for the next story. I liked the ending and who he asks for forgiveness, but I wish I could have seen more acts and less talk.