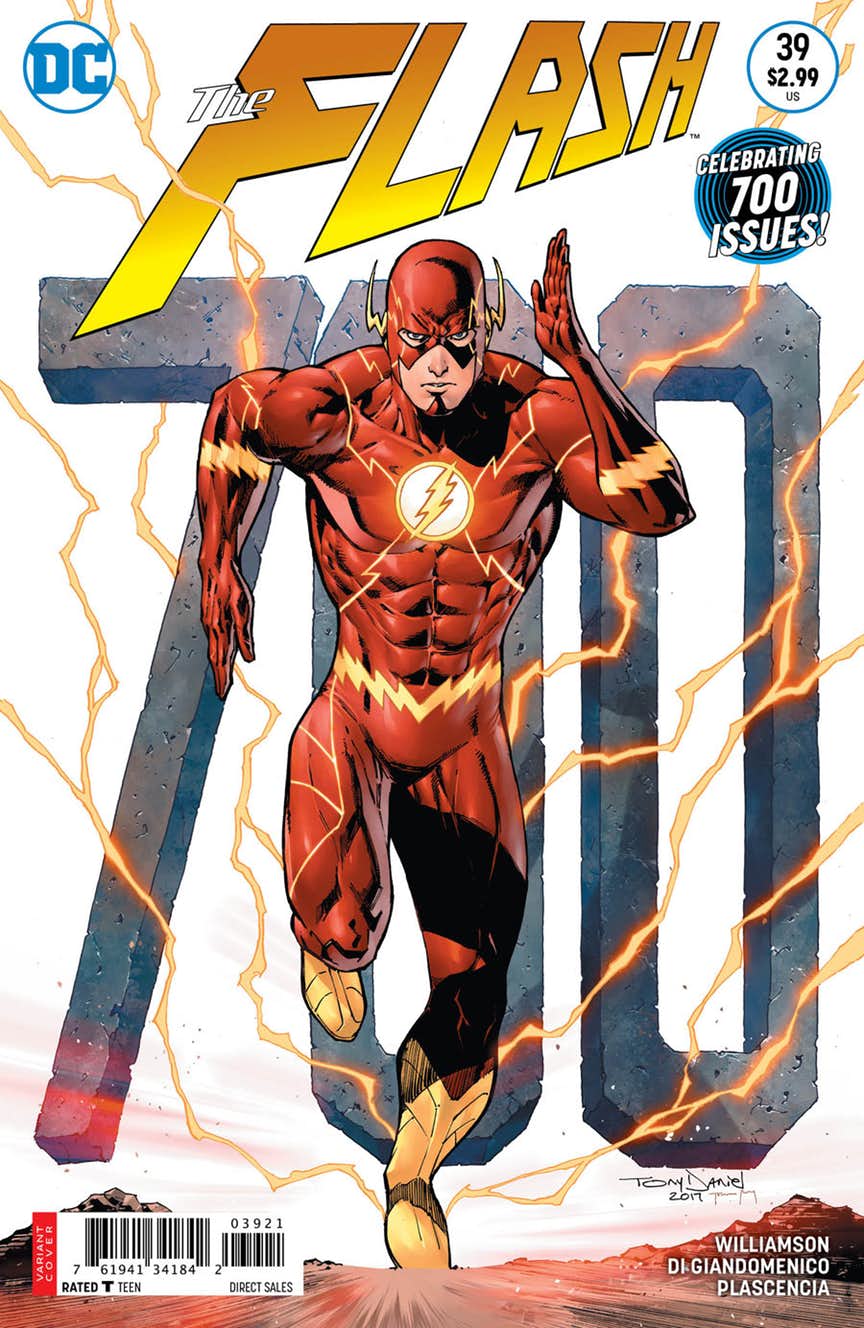 In the 700th issue of The Flash, we are given a history lesson in the pursuit of power as Barry Allen tries to reconcile his relationship with Iris at the scene of his mother’s grave. As the two discuss the circumstances of their relationship and where they stand, Iris decides that if she is going to talk about the two of them in that context, she needs to know more about Barry’s life as The Flash. As Barry decides to show Iris a chapter of the history of The Flash that she didn’t know before, Wally is following the prisoner transport of Dr. Karver, who unleashed the Speed Force storm that gave him his powers.

His pursuit is stopped by a visit from Avery and she wants to witness Karver’s trial as well. When a possible prison break leaves Karver dead, Wally wonders 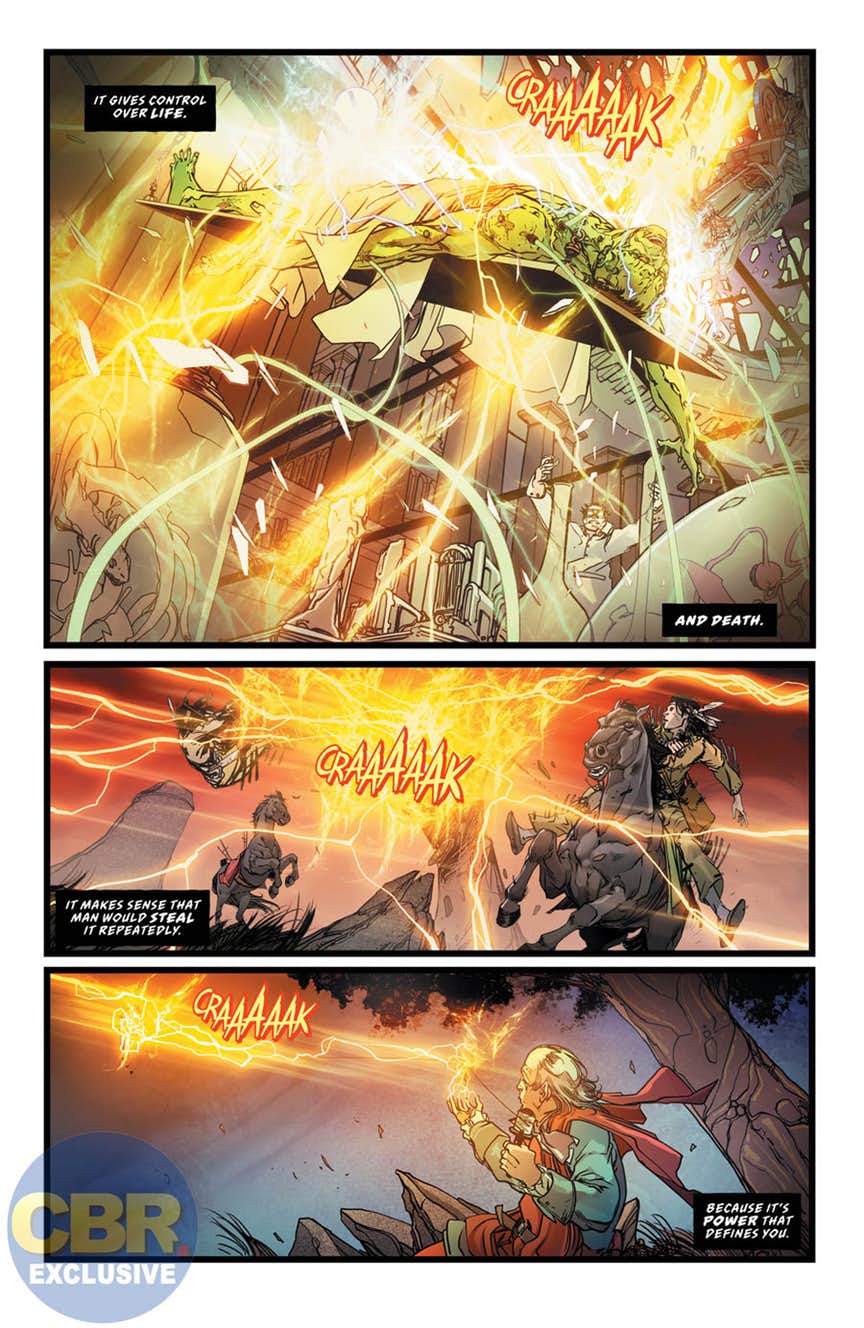 why. Barry and Iris head back to the city and Iris continues to press him on revealing his secrets and as he thinks about it, a voice in his head starts to answer his questions for him. A voice that knows everything about him and has been manipulating events in his favor with Meena, Multiplex and a new threat who answers to an old enemy of the Flash.

Have you seen this:
A Little Golf Journey (REVIEW)

Williamson is finally bringing many of the story threads that have been sprinkled throughout the past year to a head in this issue. I like that the events of Metal and Flashpoint continue to have resonance on Barry’s story. I enjoy the relationship issues that Barry and Iris are dealing with and the fact that there are no easy answers, especially with Barry knowing something is wrong with time and not being able to say anything to Iris about it. A good issue that is building to something exciting.