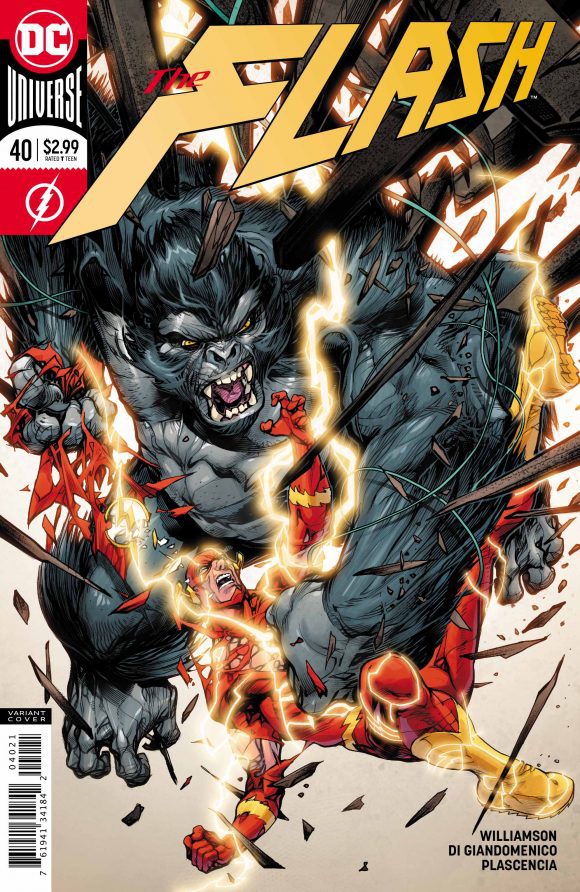 Grodd has returned. He has an army of followers and there is one thing that he wants from Barry Allen; the Speed Force. Barry fights off Grodd and his forces as he tries to find out why Grodd is apparently dying. As he avoids the blasts from Grodd’s team, he learns that the cause of Grodd’s illness stems from a rare disease located outside the walls of Gorilla City. As Barry keeps Grodd busy, Kid Flash and Avery move in to try and help. As Avery intercepts the wand, Barry tells the two young speedsters to run.

It’s interesting to see how Grodd has been manipulating Barry this whole time as a voice of doubt in his head, but those doubts have been trodden over so many 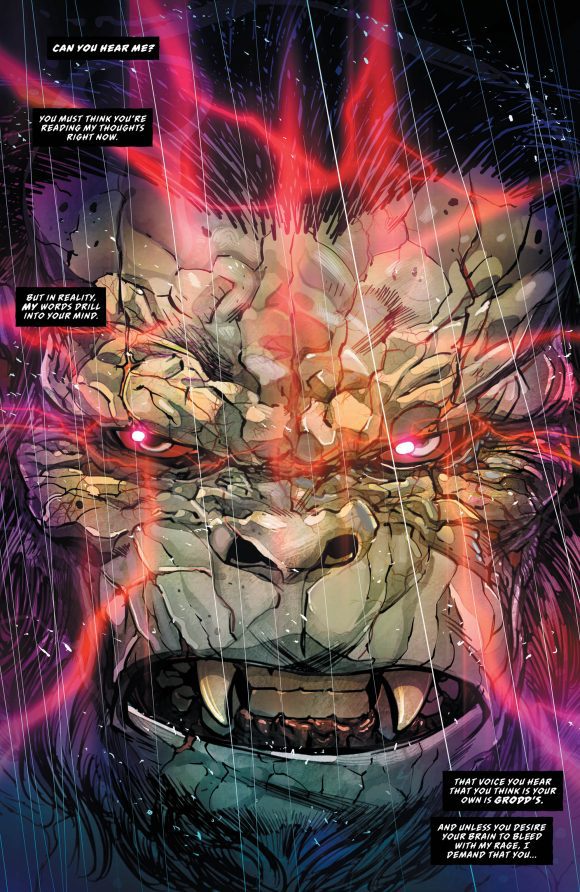 times that they have lost some of their emotional impact. It’s almost the Flash equivalent of watching Crime Alley on a loop. Using that info to trap Barry and depower him, Grodd decides to show Barry something before he is rescued by another speedster. The pair reunites with the other speedsters and Barry makes a decision that will change two lives and leave a new hero in charge of Central City. One who has been looking for a new purpose.

I continue to enjoy this series and find aspects of it interesting. With the exception of rehashing Barry’s failures in life, the narrative and story are well done. I am impressed in Grodd’s return and I hope that it signifies a new and sustainable threat for Barry in the future. I would like to see more growth from Barry going forward and I hope that the upcoming Flash Wars storyline does that because Williamson has crafted some great interpersonal and external conflicts in Barry’s life and they should serve as ways to move the character forward.