The early discography of one of the all-time great/influential extreme metal bands will be getting an overhaul. On June 9th, the Kreator’s first four classic releases will be reissued via BMG as expanded and remastered editions - 1985’s ‘Endless Pain,’ 1986’s ‘Pleasure to Kill,’ 1987’s ‘Terrible Uncertainty,’ and 1989’s ‘Extreme Aggression’ - available in digital, vinyl, and CD formats. 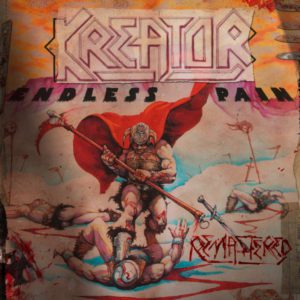 ‘Endless Pain’ was released in October 1985 by Noise Records. It was a savage debut; its crude thrashing quickly had the underground metal world abuzz with excitement. This album has been known to be viewed as a pivotal album to black metal bands that enjoy thrash metal elements, ultimately creating a thrash-influenced black metal sound. 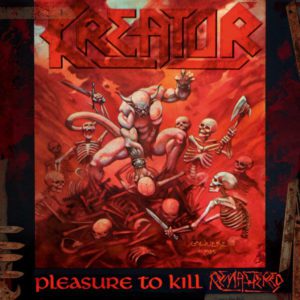 Unleashed in 1986 and still considered the band’s first “classic” album, ‘Pleasure to Kill’ raised the bar with more diversity of tempos and greater attention to technical execution, while losing nothing in terms of ferocity or speed. The band closed out the year with the “Flag of Hate” EP (named after a re-recorded version of their earliest hit), which is included on this version.

Have you seen this:
WB's TENET Comes Home on 4K and Blu-ray 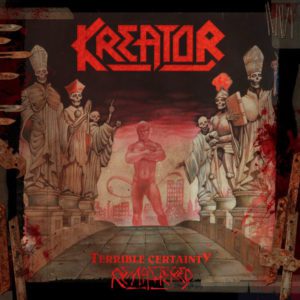 Originally released in 1987, ‘Terrible Certainty’ did nothing to dent the perception that Kreator were one of the genre’s best bands, and for once, singer/guitarist Mille Petrozza had a little time to work out the songs beforehand. Kreator beefed up to a quartet once again with the addition of guitarist Jörge Trebziatowski. 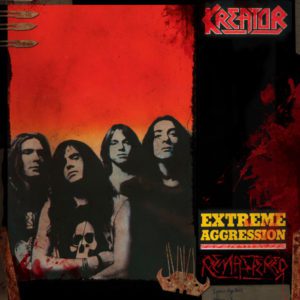 The fourth album by Kreator, Extreme Aggression was released in 1989. This album introduced many American fans to Kreator, primarily through heavy rotation of the “Betrayer” music video on MTV’s Headbangers Ball, which was partly shot at the Acropolis in Athens, Greece.

Kreator are often credited with helping pioneer death metal and black metal by containing several elements of what was to become those genres. The band has achieved worldwide sales of over two million units for combined sales of all their albums, making them one of the best-selling German thrash metal bands of all time.

Kreator’s style has changed several times over the years, from a Venom-inspired speed metal sound, later moving in to thrash metal, and including a period of transitioning from thrash to industrial metal and gothic metal throughout the 1990s. In the early 2000s, Kreator returned to their classic thrash sound, which has continued to the present.

And soon, metal fans worldwide will get the chance to re-experience Kreator with these expanded/definitive versions of their first four releases.

Kreator metal monday Thrash Metal
Are you an Insider?News, reviews, & updates are just the beginning.