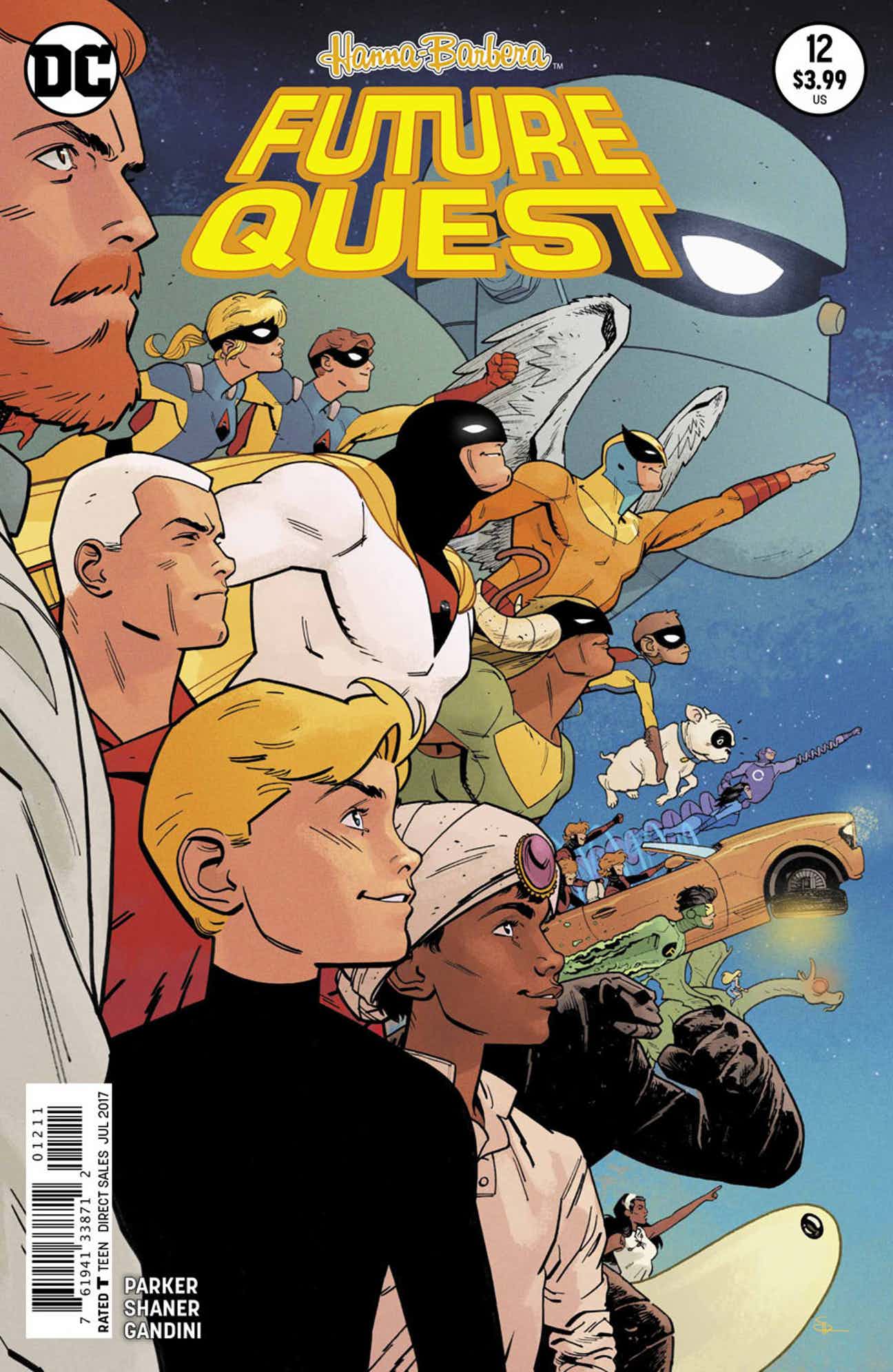 The battle to stop Omnikron continues as the team inside the creature begins to make progress. The air forces led by Space Ghost and Race Bannon continue to hammer the creature externally while something is happening to both Dr. Quest and Dr. Zin. The creature is using feedback to turn the scientist’s minds against them. We get to see the event that led to the animosity between Zin and Quest and what that event has to do with Jonny’s mother. Meanwhile Buzz and Frankenstein Jr. are getting hammered by pulses that are shutting down the giant robots brain. The team that penetrated the creatures outer shell is running into their own problems as try and rescue Gloop from being absorbed by the creature.

Buzz’s mom turns her attention away from the battle to help him get the robot back online and back in the battle as Birdman and the Herculoids take on the beast by trying to incinerate it entirely. Mightor is doing his best to keep the creature from teleporting away as Frankenstein Jr. unleashes all of its weapons. With Zin and Benton Quest out of the fight, it’s up to Jonny and Hadji to enter the creatures mind and try to stop it. As it tries to use their fears against them, the boys must confront their own demons to find a way to stop the beast once and for all.

Have you seen this:
FUTURE STATE: AQUAMAN #1 (REVIEW)

Nostalgia aside, this has been a really great story to read. I can imagine it would be hard to bring all of these characters to life on the page and make them compelling without being campy, but Jeff Parker has done just that. I really like how this story ended and look forward to reading the further adventures of these characters. Shaner’s artwork really shines in this issue as he is able to give every character great detail and all of the action scenes worked with the story. There was a great frenetic energy to the panels and I enjoyed moving from team to team.