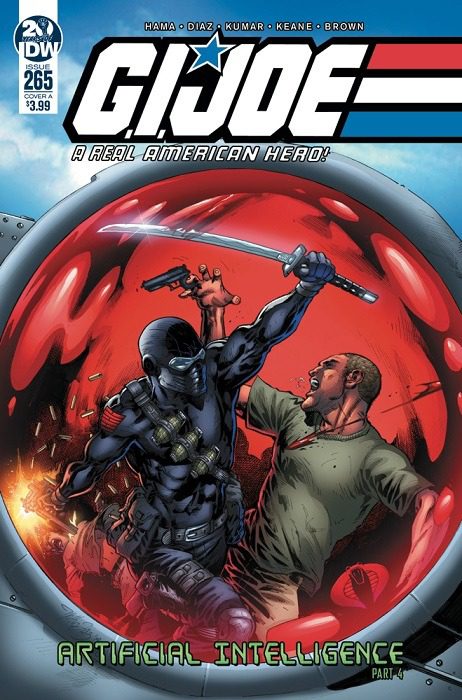 Low Light and Lightfoot are running recon in the sewers beneath Revanche Corporate HQ where Destro and Baroness are being forced to rebuild the Blue Ninjas through mind control. When Destro is forced to accompany one of the robots into the sewers to investigate a firefight ensues.

At the same time, members of the Oktober Guard are attempting to escape the country when they sense that they are walking right into an ambush.

While Scarlett, Snake Eyes and others gather for a party in the silent Ninja’s honor, Zartan and the rest of the Dreadnoks gather to form a plan to stop Cobra Commander from kidnapping and turning Snake Eyes who could expose their hand in helping the Joe against Cobra.

This issue has everything fans of G.I. Joe love about these characters and this series. Larry Hama delivers on the action and intrigue that make this series engaging to the reader and fans. The dialogue and pace of the story are excellent and the tone of the issue suggests a sense of urgency as the plot unfolds. With all of these forced gathering and plotting separately, I am interested in seeing where Hama takes this story next and how Snake Eyes will play a part in the events to come.

Netho Diaz does an excellent job with the art in this issue. All of the characters look great and the action is filled with impressive details. 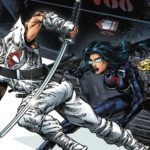