Game of Thrones 7X04 ‘The Spoils of War’ Review

So we’re halfway through season 7 already (noooo!) and let’s face it, we’ve all been waiting for this moment since the season one finale - Dany riding a dragon in battle! Even though ‘The Spoils of War’ was the shortest episode of the series so far (coming in at around 45 minutes), this has to be one of THE best episodes! The shorter series format is really paying off as there’s tons of action packed scenes, story progression and way less time traveling with the characters.

The episode kicks off with the titular spoils of war - the Lannisters are keeping up the family motto and using the raided gold from Highgarden to pay their debts to the Iron Bank. No sooner had Cersei handed over the money to Tycho Nestoris had he offered her another hefty loan to aid their campaign. It seems the Bank are once again backing the Lannisters now the tides have turned against Daenerys. We’re told Qyburn has supposedly contacted the sellswords The Golden Company, could Aegon Targaryen be making an appearance…?

Back in Winterfell and Arya Stark finally returns home in a nice little throwback to her troubled history with gatekeepers! The two bumbling guards report to Sansa that Arya has evaded them, and with a slight chuckle, she says she knows exactly where to find her; their father’s statue in the family crypt. The sister’s reunion was slightly icy with Sansa not taking Arya’s kill list seriously. So far the Stark reunions have fallen a little flat for me, so I’m hoping Jon’s return to find Bran and Arya back in Winterfell will bring the feels!

Have you seen this:
Willow #5 (Review) 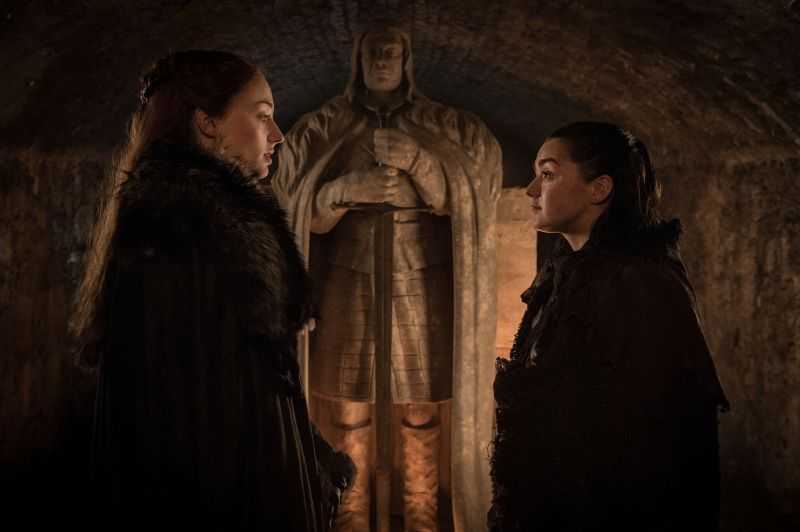 Cut to Bran/The Three Eyed Raven and Littlefinger is trying to get him on side with the gift of a familiar weapon; the Cats Paw dagger. That’s right, Baelish thinks it’s a good idea to give Bran the dagger that was used in his failed assassination attempt! Bran knows all about his schemes and in a fantastic moment uses Littlefinger’s phrase from series 1 “chaos is a ladder” showcasing his power and just what he’s seen! Bran then passes the dagger onto Arya, who is most definitely going to use it against Littlefinger soon…

Back in Stormborn and Jon shows Daenerys some pretty key cave paintings by the Children of the Forest in the dragon-glass caves (I’m pretty sure this is Jon’s go to pick up move!) in another attempt to convince her of the threat of the White Walkers. Notice some the patterns of these shapes match the patterns the White Walkers have arranged corpses back in series 1?! Just as you think Jon is getting somewhere, Theon and the surviving Greyjoys return to tell them of their side’s losses against the Lannisters. In an interesting move, Daenerys ignores her hand and turns to Jon for advice in battle strategy, indicating the growing trust towards the King in the North. 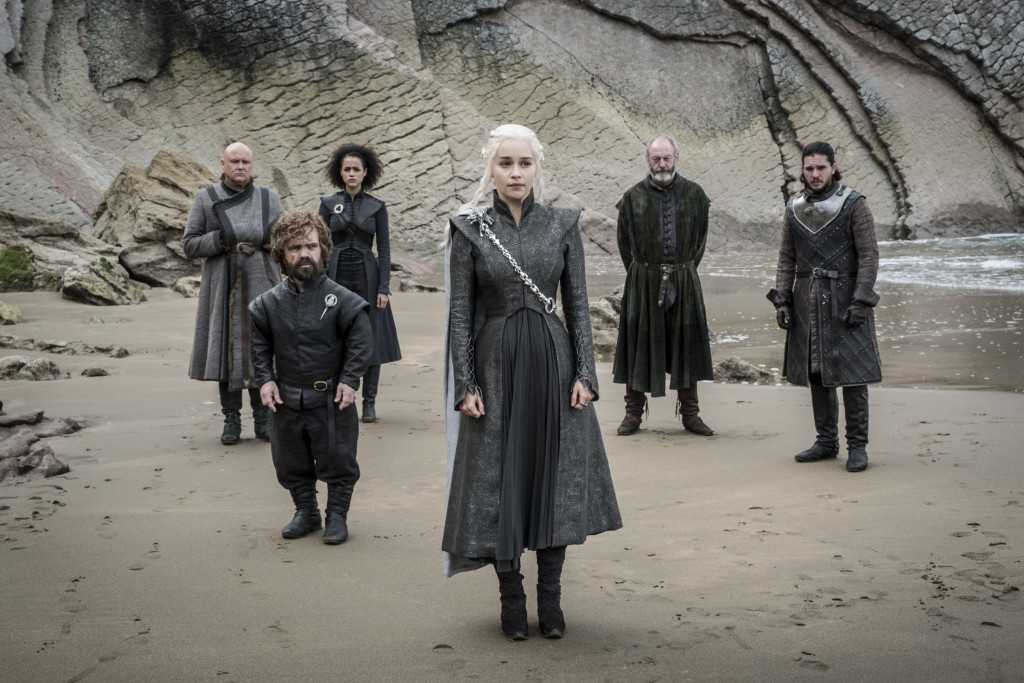 But the final scene truly won the episode (and possibly the series!) as Dany decides to embrace the dragon and sends in the Dothraki warriors to ambush the Lannister and Tarly army, while Drogon burns their key food supplies for the Winter. If you watched the behind the scenes documentary, you’ll know this episode broke the record for how many stuntmen were set on fire in a single scene. This scene truly was an epic spectacle, much like ‘The Battle of the Bastards’ you were right there in the action with the soldiers the entire battle. The choreographers even included a brand new fight move with the Dothraki standing up on their horses while shooting arrows - which was amazing! The amount of destruction one dragon unleashed on an army was absolutely phenomenal yet equally horrific, will Dany unleash this hell upon Kings Landing?!

Bronn once again proved his worth for the Lannisters (someone should give him employee of the year award already!) by using Qyburn’s gigantic crossbow to bring down Drogon (noooo!). In a completely stupid move, Jamie grabs a spear and charges towards Dany and the injured Drogon, nearly getting roasted alive. Thankfully Bronn comes to the rescue (again!) and pushes them into the water right in the nick of time. But with all that armor on, the episode closes with the two of them sinking towards the bottom of the water… 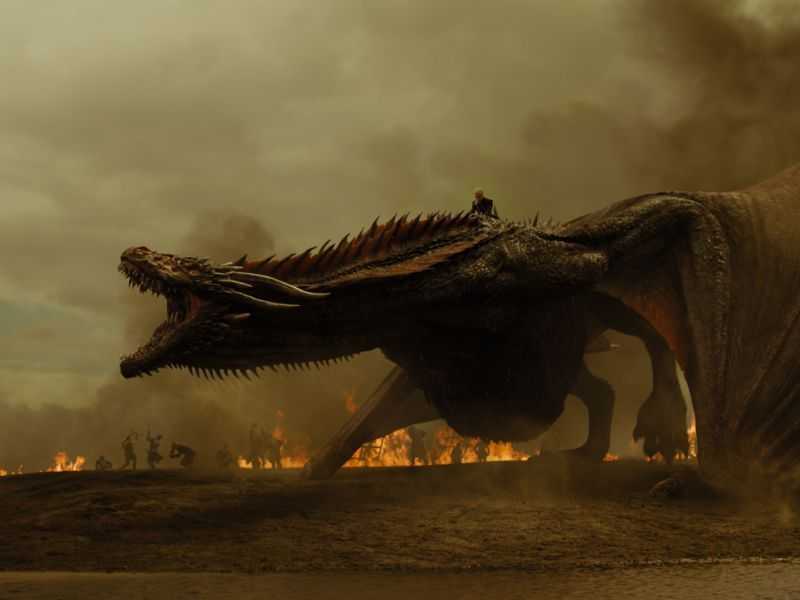 ‘The Spoils of War’ truly was a phenomenal episode bringing so many long awaited scenes to life, particularly Dany riding Drogon into battle and Jamie coming face to face with a dragon! We witnessed one of the fiercest and tense battles yet in the show, ending with one huge cliffhanger; just what will happen to Jamie and Bronn?! The spar between Arya and Brienne of Tarth was also excellent - it’s amazing to see how far Arya has come since the beginning of the show.

dragons game of thrones GoT hbo review tv TV Show
Are you an Insider?News, reviews, & updates are just the beginning.