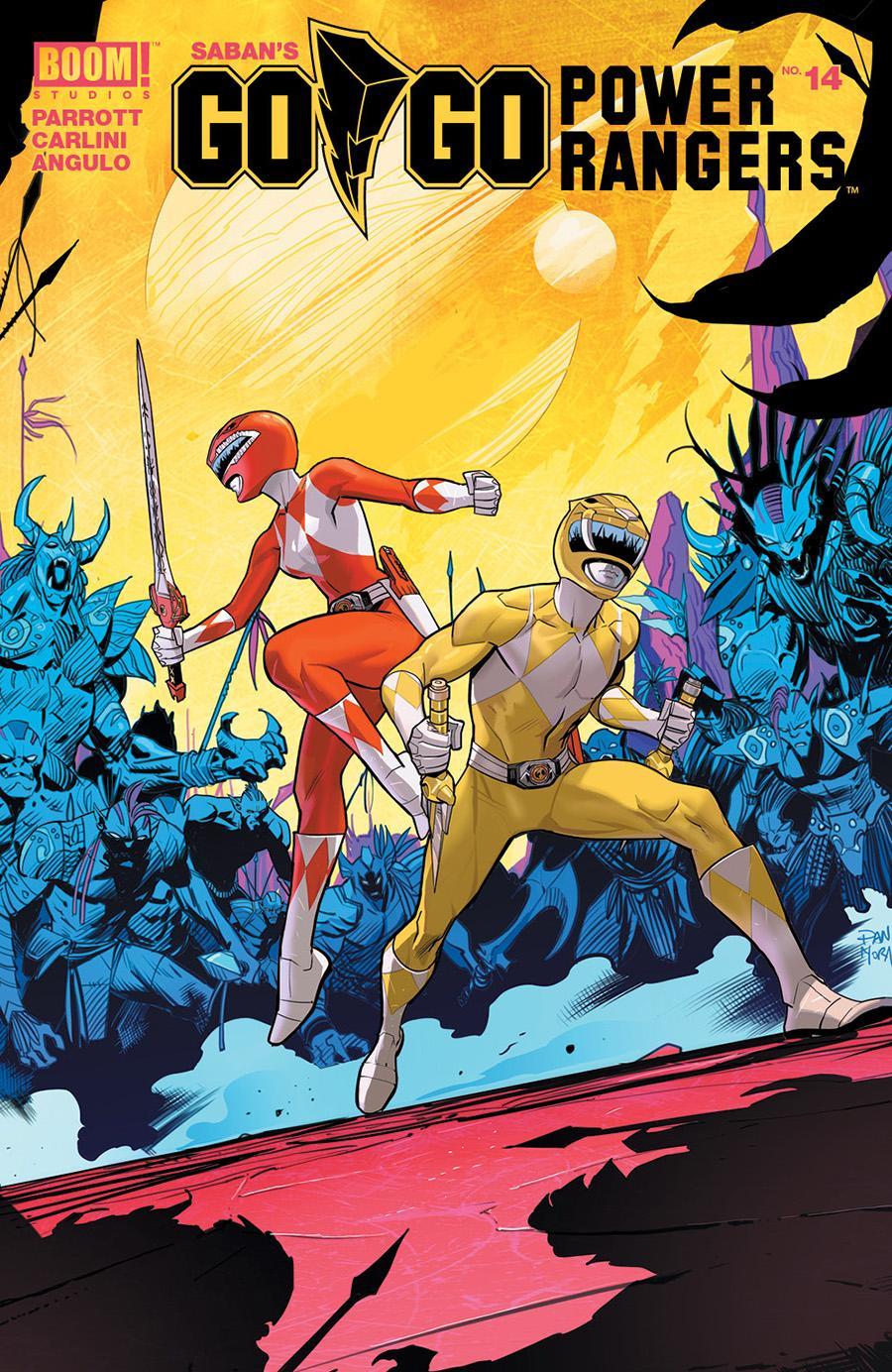 Go Go Power Rangers #14 continues the adventures of Trini and Jason as they’re lost on a planet away from their teammates. In the wild, they come across dinosaur-like creatures and eventually have to deal with an army lead by a new villain introduced in the issue. The two, however, make the best of it when things are quiet as they work together to find a way back home while also discovering a new ability between the two. Go Go Power Rangers isn’t all action though. The series takes a step in developing these characters with each issue as they focus on their personal lives from how they’re raised to how they deal with personal situations. We get a glimpse of Jason’s past on when he started taking martial arts and Billy goes into about the excitement as he tries to build a stronger relationship with his dad.

Kimberly is still dealing with the fallout with Matt the hardest as she sees him moved on with new friends and Skull decides to take this as an opportunity to put himself out there (again). On the villain side, Rita has made a way to gather a strong force to take down the power rangers and its here we are introduced to Adriyel, the Queen of the Kedry who leads many warriors. Her relations with Rita maybe be closer than what anyone could’ve guessed though. Baboo also makes some internal movements as he has a short conversation with Finster regarding his monsters. This is something that’s very new to the character as it seems he’s going to try and take a power position and manipulate others.  I also couldn’t be more excited to see how this will all work out for him to make him more than a subordinate.

The art team also continue to do show great work here.  Everything is just so vivid from characters faces to the action panels. Even the new race of villains has a great design to them. Every panel just feels like a lot of work gets put into them and nothing ever comes across lazy. The lettering is also placed well as it never blocks off any of the imagery that you really want to look at. With the multitude of characters that the series has to bounce around, it’s great to see how you can never get lost on who is speaking.

Go Go Power Rangers new arc is even better with this issue.  It also still feels like new readers can jump in here as much of what has happened is explained well enough and hopefully will make new readers want to read previous issues.  Things are also getting a bit more cosmic in the series but everything still feels very well grounded.  With two heroes lost and a new villain brought in, the power rangers are about to have a big fight on their hands.  Along with the character building, this series deserves to be recognized as one of the top superhero team comic books out there and at times can be better than others.