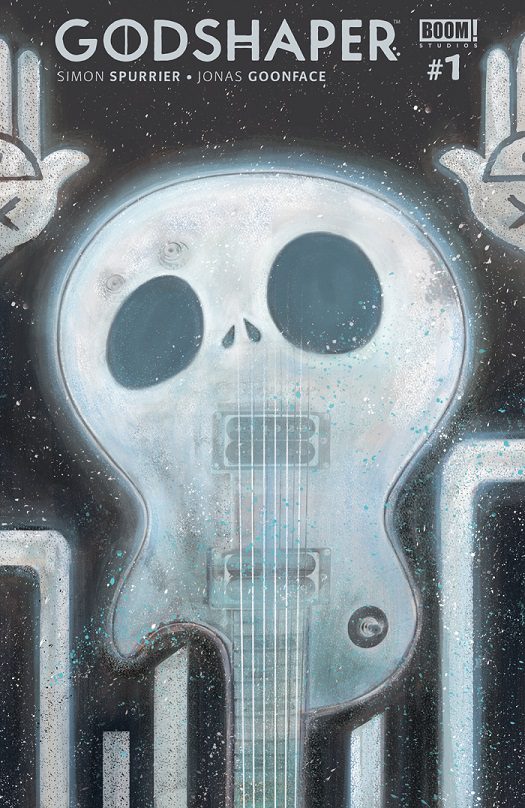 In a world where modern amenities such as electricity have disappeared, an alternative has appeared. Almost everyone now has their own god. Your god is your assistant, your bank, your bodyguard and more. If you don’t have your own god, you’re a no good nogody and a shaper. Shapers can upgrade your god to give them extra powers and more, and that’s exactly what Ennay is. Shaper by day cantik by night. He has a pretty sweet gig too. He keeps rich people busy by shaping their gods, while his god buddy (but not his god!), Bud, breaks in and steals rations or the such from them.

A night after such a heist while working one of Ennay’s cantik gigs, they meet Clara Smith, who has a sob story about some goods that were stolen under her watch. She was beaten, lost and arm and her god was beaten till it was minuscule.

She’s looking for justice and has decided to call a vespers (basically your god calls other gods to help enact justice. the bigger the god, 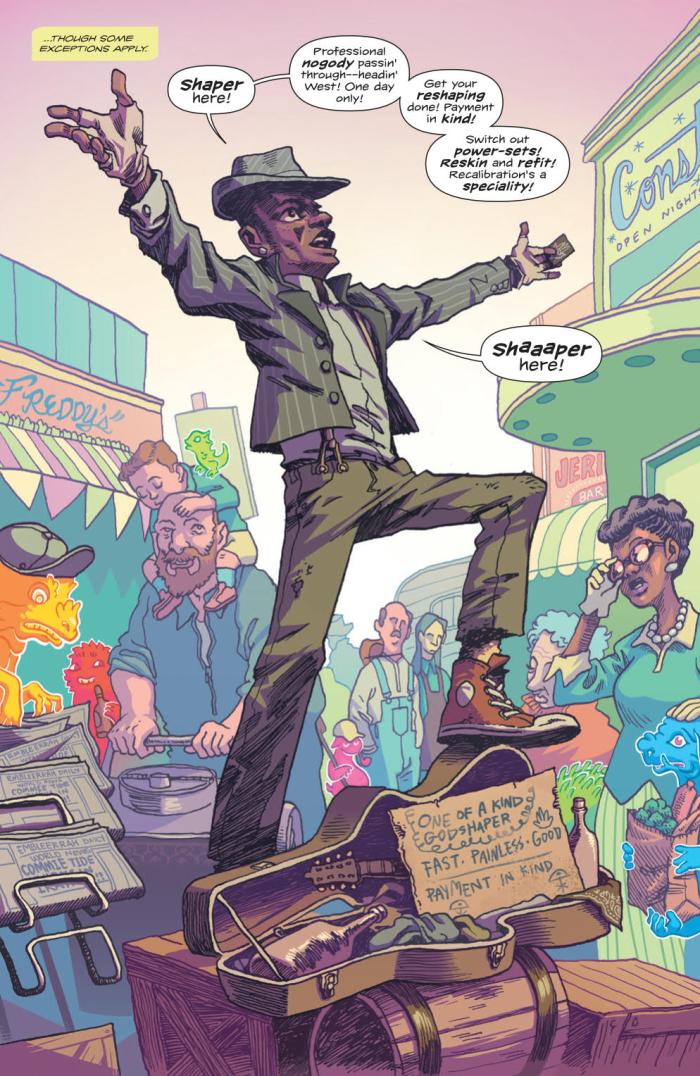 the longer the range) against the people who really stole the goods. She tries to hire Ennay, but he isn’t interested in helping anyone out.

They part ways, but Bud isn’t happy about it. So, they turn around and go to help, but are they going to get there in time? and what exactly will they do when they get there?

I really enjoyed this story. Spurrier is concentrated on building up his own world in Godshaper, an engaging place with it’s own language and culture. It’s really interesting to see how everything has turned out with lots of little gods running around with different powers. Janice Goonface’s style of art fits the book really well. You have all of these strange looking gods running around, and everything feels very familiar, but just a little bit off.

I really look forward to seeing where this story goes and digging a little bit deeper into the universe being created by Spurrier and Goonface.

If your looking for something a little bit different than the weekly, superhero, punch fest, Godshaper is a great place to start.