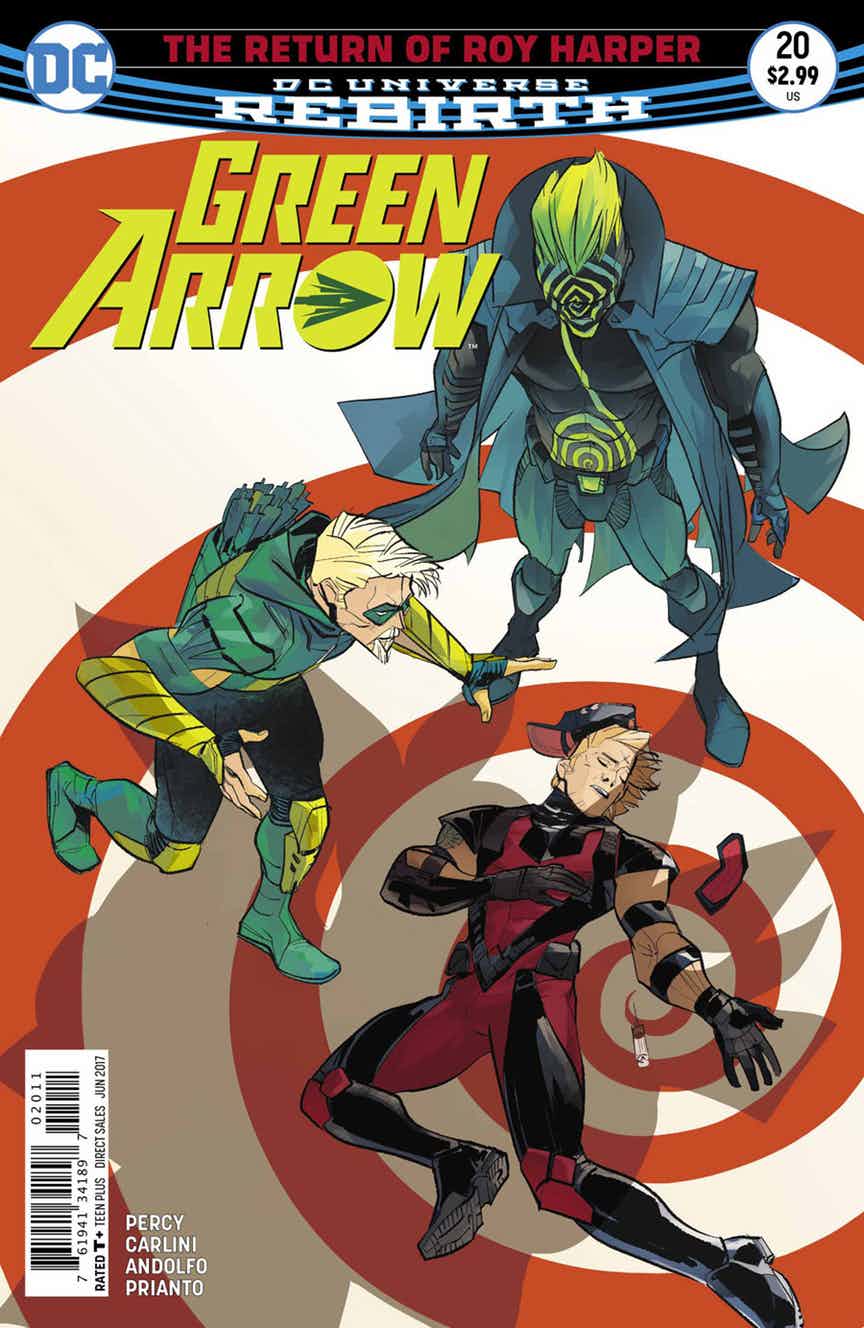 This is the conclusion of the return of Roy Harper storyline and although it was a decent story arc, I believe that this was the weakest of Percy’s run on Green Arrow. Don’t get me wrong I like this issue. It starts off really fun with Roy and Oliver having some quick banter while the Sheriff and the Wild Dogs are attempting to get more than what they originally bargained for.

The strengths with this issue to me are the flashbacks in certain areas. Benjamin Percy has done a really good job in portraying Roy’s struggles. However, I did not like the way Oliver was portrayed when he learned that Roy was an addict. 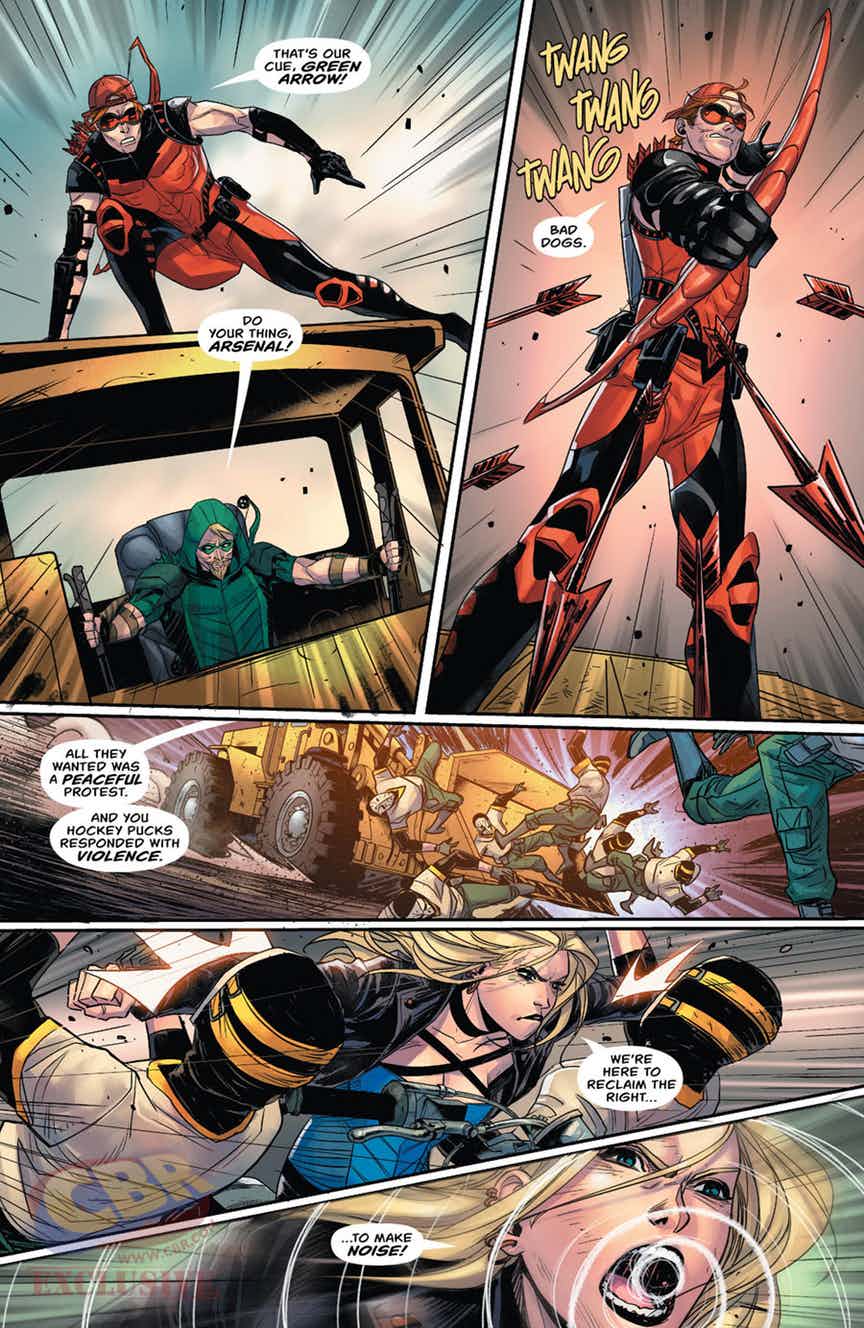 I did not buy the strain in their relationship when they to quickly become partners again. I feel that with looking at the powerful scenes that have occurred between these two in the past, them working again as partners feels too quick and cheap rather than an organically fractured hero/sidekick relationship being restored.

Have you seen this:
Batman ‘89 and Superman ‘78 movie worlds turning into comic books

The art in this issue suffered as well, Although, I did enjoy the panels that highlighted Black Canary in action. The overall lack of details and not properly showing emotions makes me miss Otto Schmidt or Juan Ferreyra.

This story arc was very up and down for me but I am confident that with the original team coming back together. Ben Percy will right this ship.