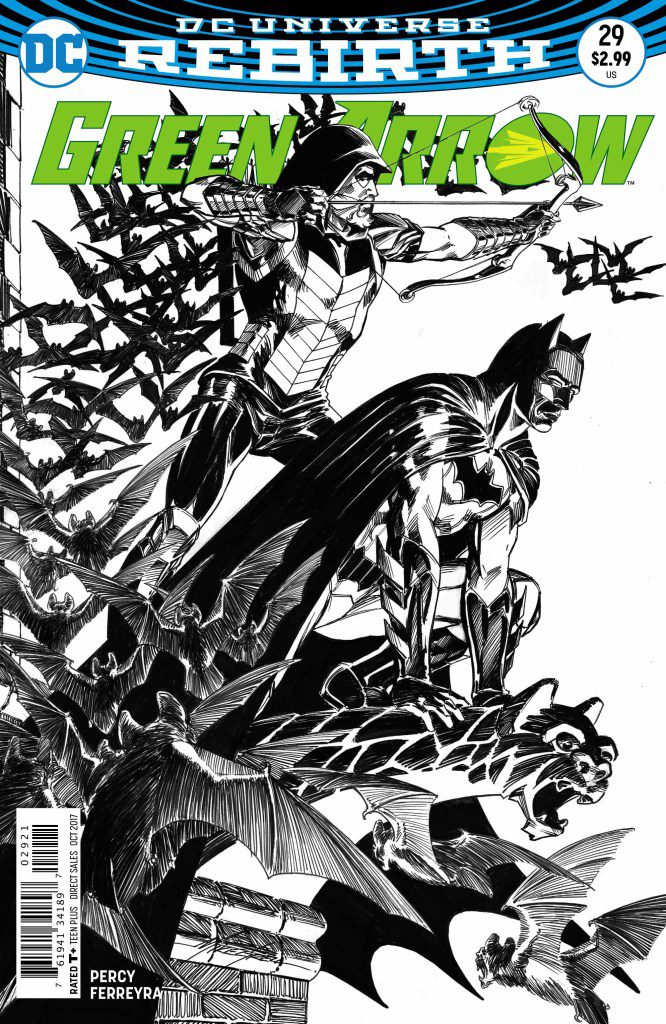 The Emerald Archer is headed to The Cursed City, Gotham. On a road trip to stop the Ninth Circle and Clear his name, Oliver Queen, is a hard traveling hero.

‘HARD-TRAVELING HERO’ part four! Black Canary and Green Arrow’s missions converge in two cities at once! Canary’s in Seattle, where she’s hot on the trail of the Auctioneer, and Arrow’s in Gotham City, where Oliver Queen’s investigation into human trafficking among the city’s elite draws the attention of Bruce Wayne!

The issue starts with GCPD detectives investigating the murder of a homeless woman. Oliver starts mingling with Gotham Cities 1%. Trying to find leads, 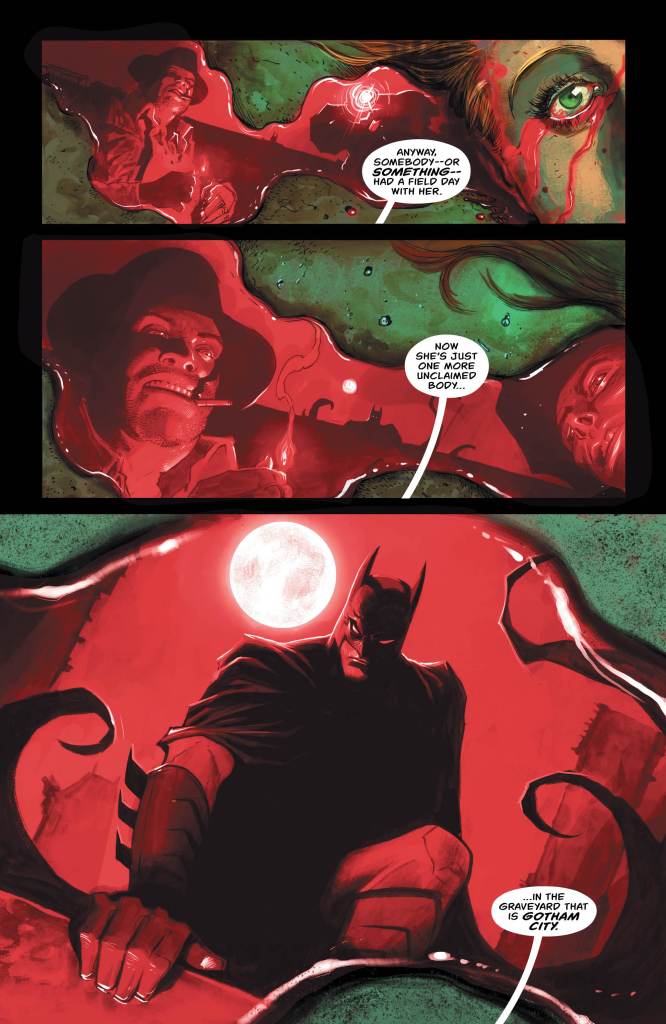 meanwhile, Batman is investigating the homeless murder. It cuts to a court of owls talons meeting, talking about working on their hunt. One of the talons is revealed to be Green Arrow in disguise, here to hunt the talons.

As all the talons go out each one determined to hunt and kill at least one person. Batman and Green Arrow set out to prevent this. The two finally meet when Green Arrow is Taking down a talon, he shoots to kill, knowing Batman will stop it. The Duo argue a bit, when they are interrupted by one of the Burned (The ninth circle’s higher-ups)  They save the kid and stop the burned. Later Ollie is standing under a gargoyle when Batman shows up and tells him, he’s out of his league. He gives Ollie a beacon to call Green Lantern and sets his journey from cross-country to space.

Filled with some fantastic art. This issue took a bit to reach its climax. but was a fun ride the entire time. If you’re only reading a few series in rebirth, make sure Green Arrow is one of them. It may not be the most emotional or action-packed issue, but it was a great read and kept you hooked the entire time.