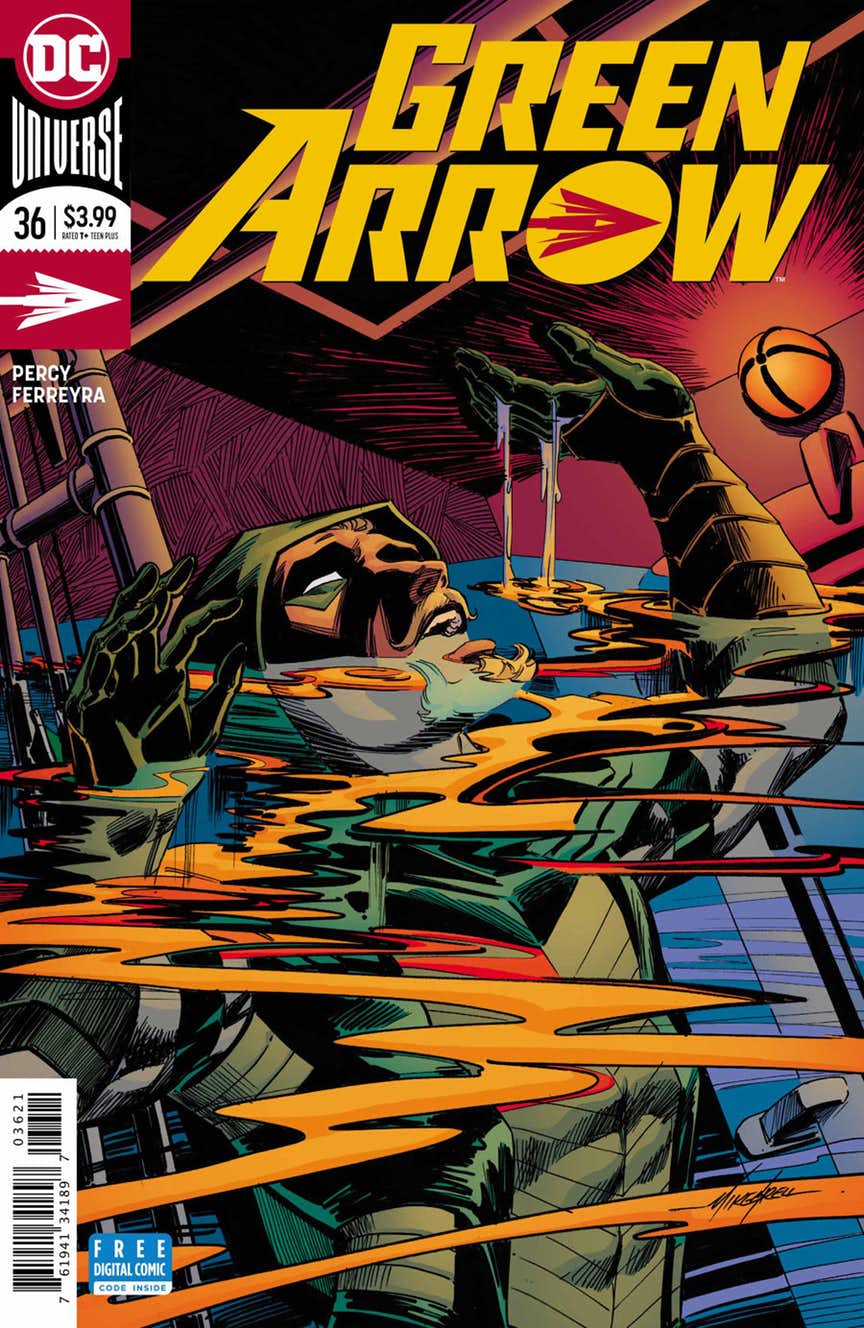 The new issue of Green Arrow continues to hit its mark on why it continues to be a great series from DC. Last time we were shown how all of Oliver’s friends are doing their parts to help him and they continue to do so tremendously here. With that, we also have quite a few of the villains going around making enemies at each other as they are also trying to get to Oliver. We have a strong opening on how much pressure Oliver is under right now, literally. Oliver is stuck deep underwater and has an upcoming trial, Merlyn has escaped from Diggle’s care, Moira Queen betrayed Oliver, and Shadow has come back on an assassination mission. For being such a grounded hero, the Green Arrow has quite a situation on his hands. Any regular man would crack under all of this pressure but what’s important here is showing he you don’t have to handle any fight alone.

The moment we have with Black Canary and Green Arrow seems to be a huge push to finally get Oliver to move forward in his life. Ever since he lost all of his 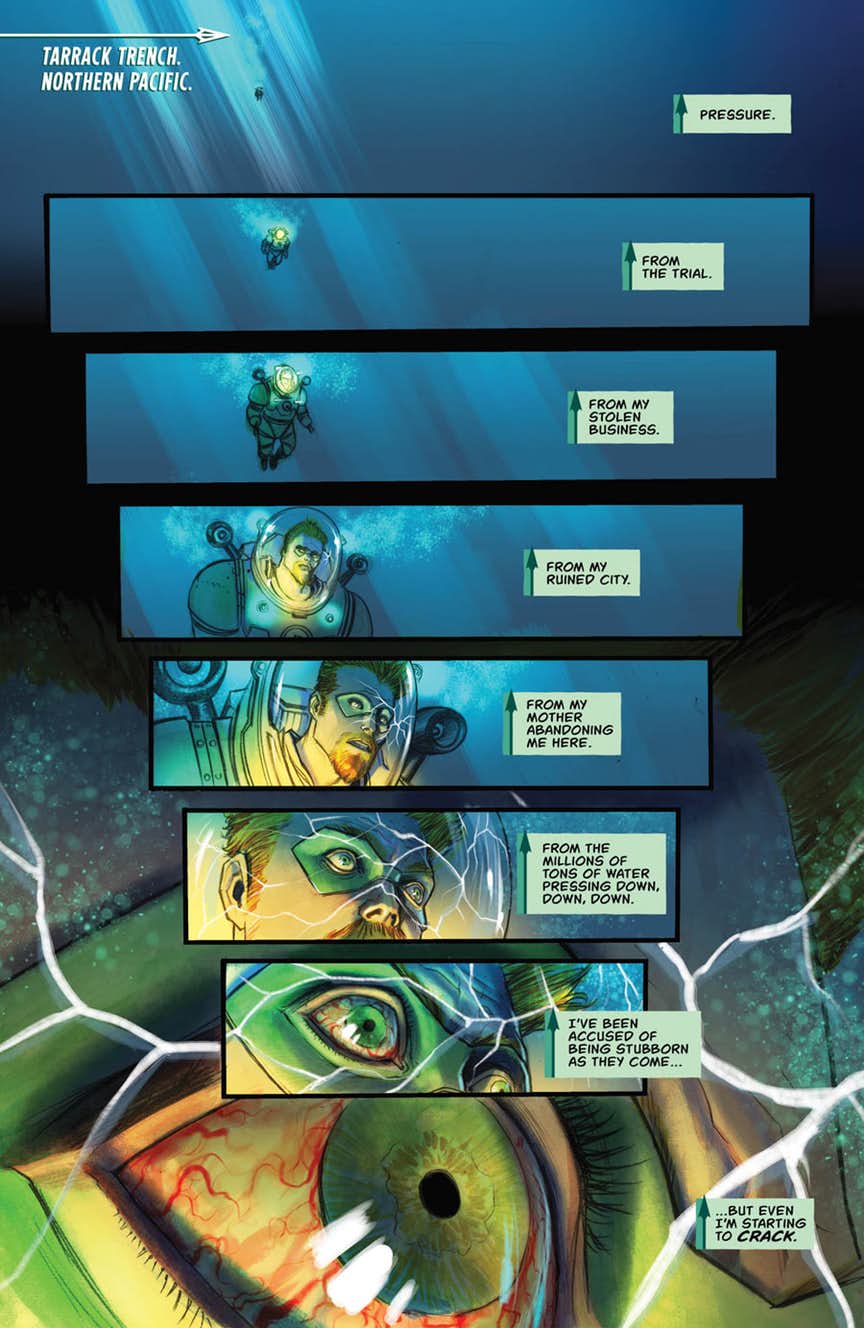 money, a part of him has been fighting to obtain it back. This issue though seems to show that Oliver can still be himself and the Green Arrow without all of his money. Oliver’s ambition as the Green Arrow seems to have blinded him on what he truly wants and where he needs to go in his life. Hopefully, this is the last time we see him make an idiot of himself when he should know that no matter what, he has everything he needs when he’s with Dinah and together they can take on anyone. When we get into the meat of the action in the issue, we have probably one of the most screwed up family reunions you can see. Moira and Merlyn are trying to kill Oliver as they want to please the Ninth Circle. Shado is trying to kill Moira to clear a debt by working with the Ninth Circle. Oliver and Emi are in the middle of all the craziness as they fight all of their parents together.

The team continues to build each other up as they keep going on with their fight against the Ninth Circle. Beyond being just a team, they are feeling more like a family together and hopefully, their parents don’t end up destroying everything they have built.