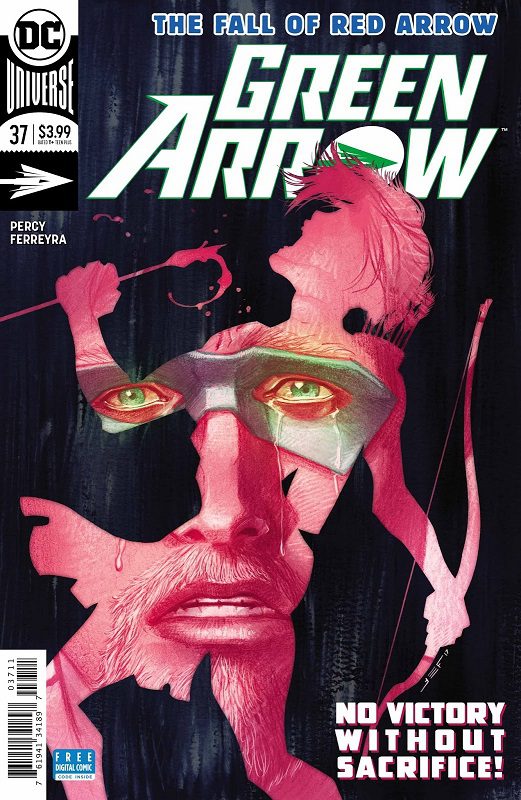 So much has been happening in Green Arrow lately and all the craziness is finally dwindling down as Oliver takes on his mother and Merlin while continuing his fight with the Ninth Circle. Even though at the end of this issue, we still don’t get closure with the Ninth Circle but what I love is Oliver’s continued growth as a character. He’s improving himself with the people he has in his life as a brother, boyfriend, vigilante, and most importantly, as a person. 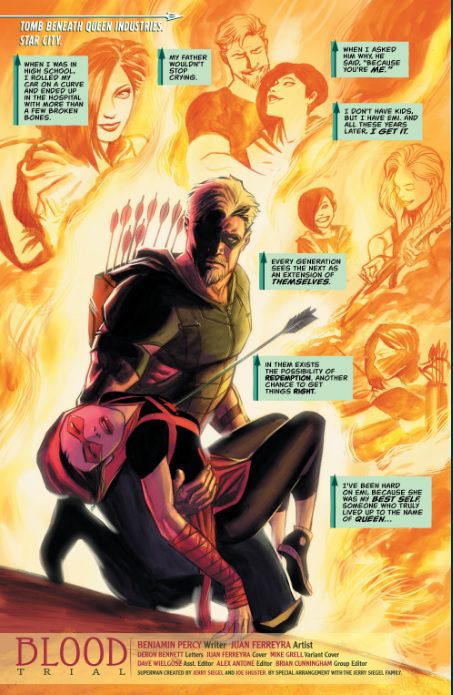 just happened to Emi. Moira continues to show how cold hearted of a person she is and how she’s willing to do whatever it takes to gain all the fortune for herself. Shado had a really engaging moment to me here. She really shows that she truly cares for her daughter. Sure, she was going about it in a terrible way with the whole assassination thing but she definitely raised a strong-willed daughter. Her mentioning how she is now losing the chance to be a good mother shows that this character still has somewhere to go beyond being just a villain assassin for hire. There’s so much fire in her eyes and it just really gets you rooting for her as she goes after Moira and you better believe this is no fight that Moira could win.

Have you seen this:
Sex Criminals # 30 (REVIEW)

Ms. Spencer gets another very shining moment that left my mouth open. It’s a very short appearance from her in this issue but it certainly leaves a strong impression about her. The end of the issue is definitely among one of my favorites. It has all eyes on Oliver as he is about to step into court for his trial being charged with murder. Members of the Justice League are also tuning in and this shows how big of a deal a smaller hero such as Oliver is to them. Even though he was someone that never felt big enough for the league and even had his own run-ins with them, they show their support by watching his trial come to a close to see where their friends fate will land. As Oliver states in the end here, he won’t go down easy and that is a great strong statement for a guy who has continuously done nothing but try to do what’s right for his city and I think he has proven more than enough that he is a bigger man than what many others perceive him to be.

Benjamin Percy Green Arrow juan ferreyra
Are you an Insider?News, reviews, & updates are just the beginning.