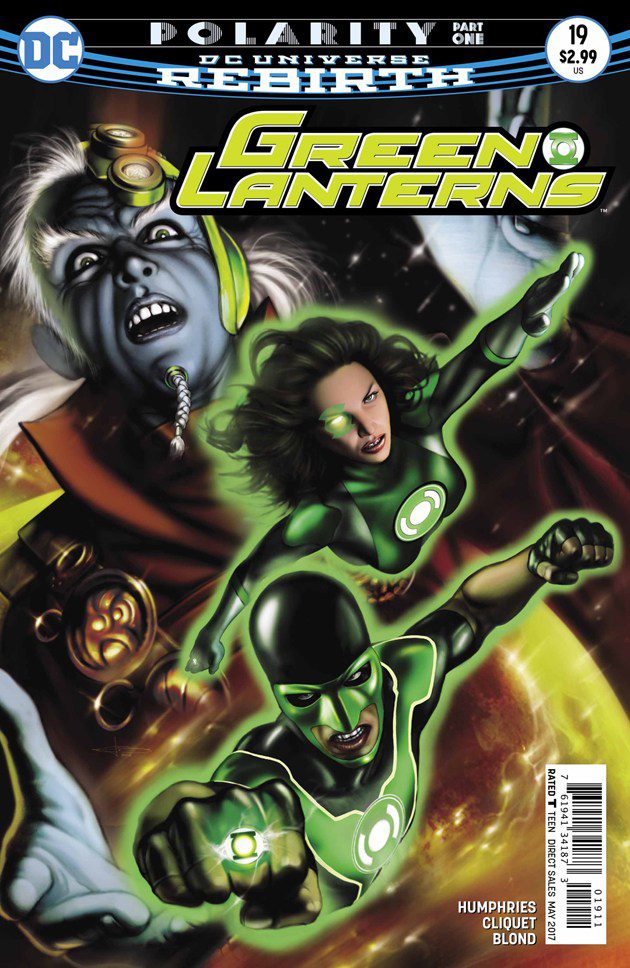 Doctor Neal Emerson really wants to find a cure for all illness. He has theories and ideas. He has spent years of his life conducting research and now is his moment to relay his findings to the world. Unfortunately, no one is listening. In fact, the only person in the audience for his big presentation is his alter-ego the supervillain Doctor Polaris. Emerson has become trapped in his own delusions after lamenting his inability to help the one person who always believed in him. When he wakes up, he’s confronted with the fact that he’s without his medications and in a race against his own oncoming madness to find a cure. 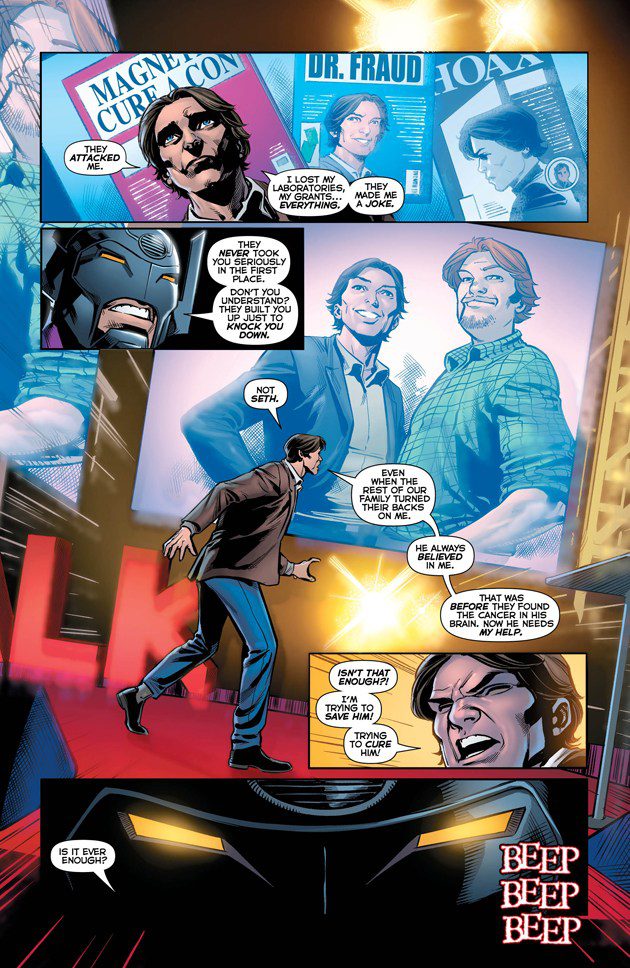 Meanwhile Simon has an uncomfortable exchange with his brother Nazir about the Green Lantern’s inability to deal with the all too human issues of being a member of a family and contributing. The exchange seemed a little forced and harsh, but it does give insight into an aspect of these heroes that most people wouldn’t consider. Emerson decides to go to his dealer to get the pills that are keeping him even, but the government has other plans. They offer him a deal and they are not willing to take no for an answer. A move they soon regret as they are forced to turn to the Green Lanterns for help. They’ve tracked him to Gateway City and when they confront him, both Simon and Jessica quickly realize that they have miscalculated the situation to their peril.

As a Green Lantern story, this is very well done. The action is done well and Doctor Polaris is fleshed out rather than just being a paint-by-numbers villain. His backstory is told in a way that elicits sympathy from the reader. The dynamic between Simon and Nazir is a little too forced. While Nazir has some valid points to make and the legitimacy of his concerns isn’t in question, Sam Humphries forces the anger and aggression a little too far too fast in the exchange. Jessica doesn’t have much to do in this issue but be along for the ride, a problem that is becoming more prevalent in stories that she is involved in. The art by Ronan Cliquet is well done and the action sequences are well staged to show the power of the characters. I really enjoy the splash page with Doctor Polaris letting loose.