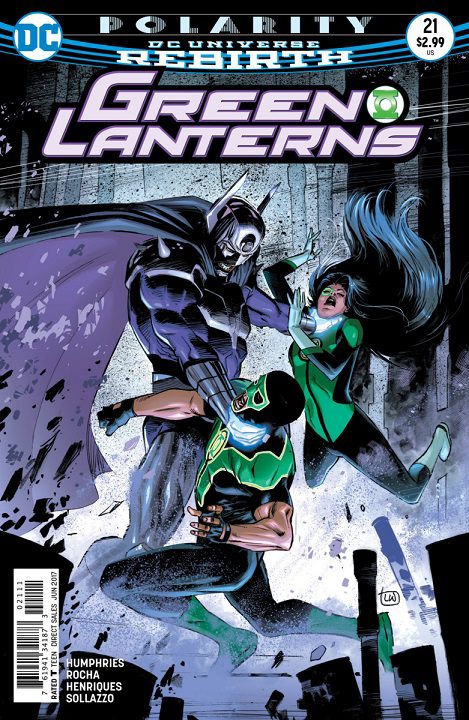 Dr. Neal Emerson is starting to lose grip on reality as he has fully embraced his alter ego Doctor Polaris and gone after Simon and Jessica full force. Internally, his fractured psyche continues to try and hold onto his own fragile senses. The flat line tone of the machines keeping his brother alive snap the villain out of his lunacy temporarily and he rushes to his side in an attempt to help. With his attempt failing, Simon offers to help the desperate scientist using his ring. The same ring that brought his brother in law back. Emerson agrees and Simon concentrates as much will as he can to try and save the dying man. The attempt fails, sending Polaris on a rampage of revenge as he tries to bring the Watchtower crashing down on the city.

After pulling the base from orbit and sending it on a collision course, Cyborg reaches out to the rest of the League to warn them of 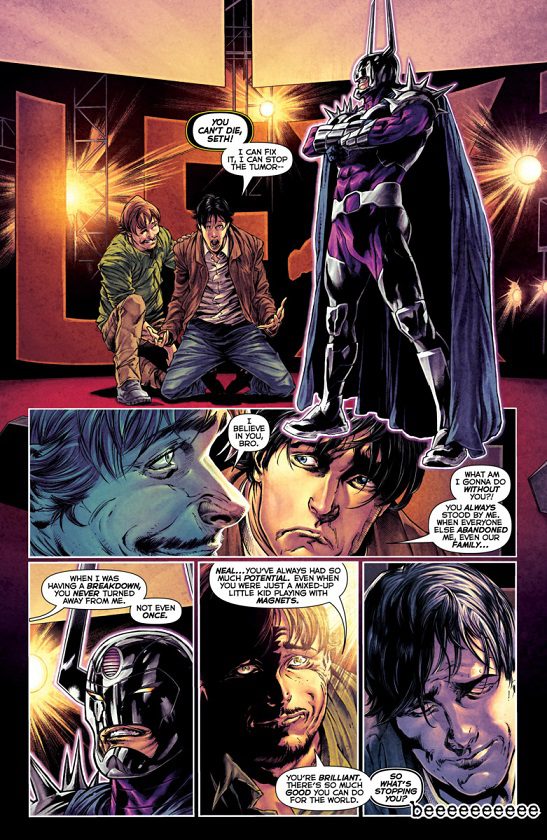 the event. Polaris’ grief is understandable, but his motives have always been iffy to me in this arc. The fact that his psyche is so malleable whatever the situation makes his actions frustrating more than scary or exciting. I almost want someone to just knock him out and lobotomize him to get it over with. The Lanterns muster all the will that they can in a desperate attempt to stop the falling Watchtower from killing everyone in Gateway City. A move that might cost them more than they thought in the long run. At the end of this issue, something more pressing and potentially dangerous awaits the Green Lanterns as their rings shoot them out into space.

As far as my impressions of this issue, it was okay. The tension between the Lanterns and Polaris ended how I expected it to. The fate of the Watchtower ended exactly as I suspected it would and nothing in this issue seemed particularly surprising. Humphries crafted an okay story to move the overall plot along, but nothing in the narrative was particularly memorable, even the voice over from Simon working out his personal demons. The artwork was really good, but nothing in the narrative seemed to give the artist something to be creative with. While this issue didn’t really move much forward, it did get me interested in the next issue and what happens to Jessica and Simon going forward.