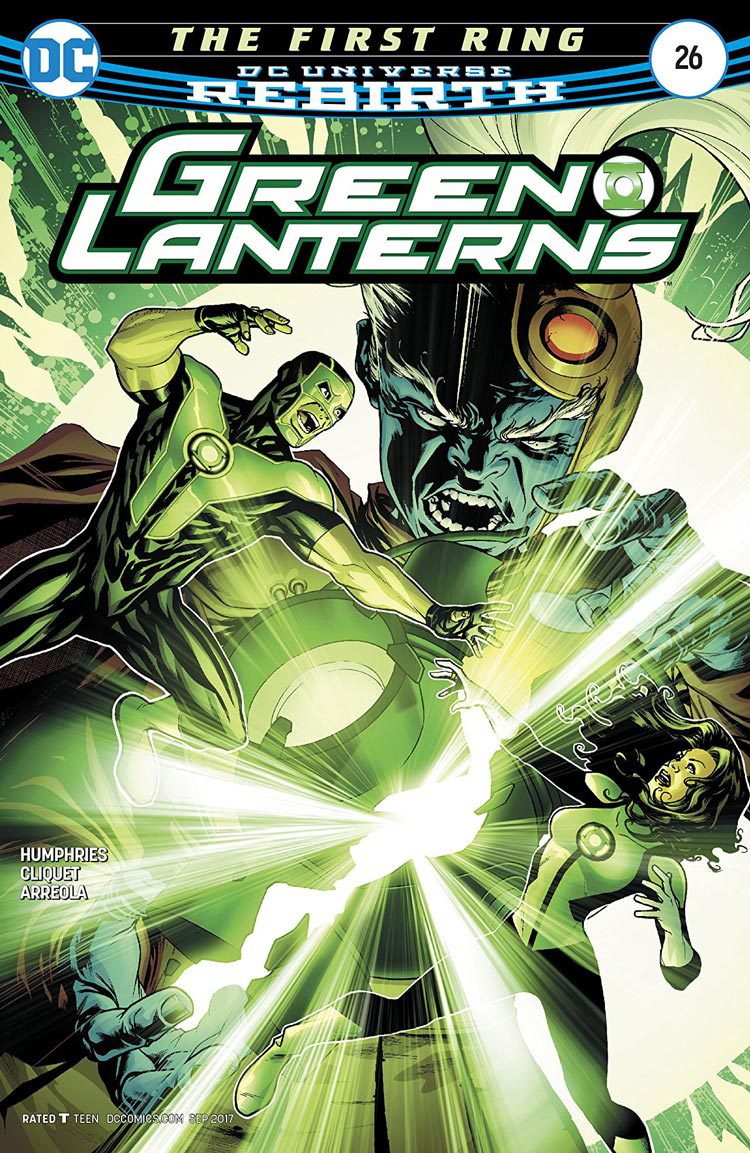 Ten Billion years ago, the Guardian Rami begins a journal to chronicle the creation of the Green Lantern rings. He recalls the visitor Volthoom and his first interactions and eventual friendship with him. The two of them work for days trying to unlock the power of the First Ring through multiple experiments until they find a way to unlock a portion of its power through the emotional spectrum.

Both scientists work around the clock, pushing themselves to the brink and becoming closer as friends and colleagues in the process until Rami discovers not only what the ring could potentially do to Volthoom, but what the man’s mission in unlocking its power truly is. In a way, Volthoom’s motives are universal. No one would deny the fact that his desire is born from something noble. Their desire to unlock the answers leads the pair to a dangerous decision that the Guardians approve of. One that connects Volthoom to the emotions of both the Guardians, but the spectrum as well. 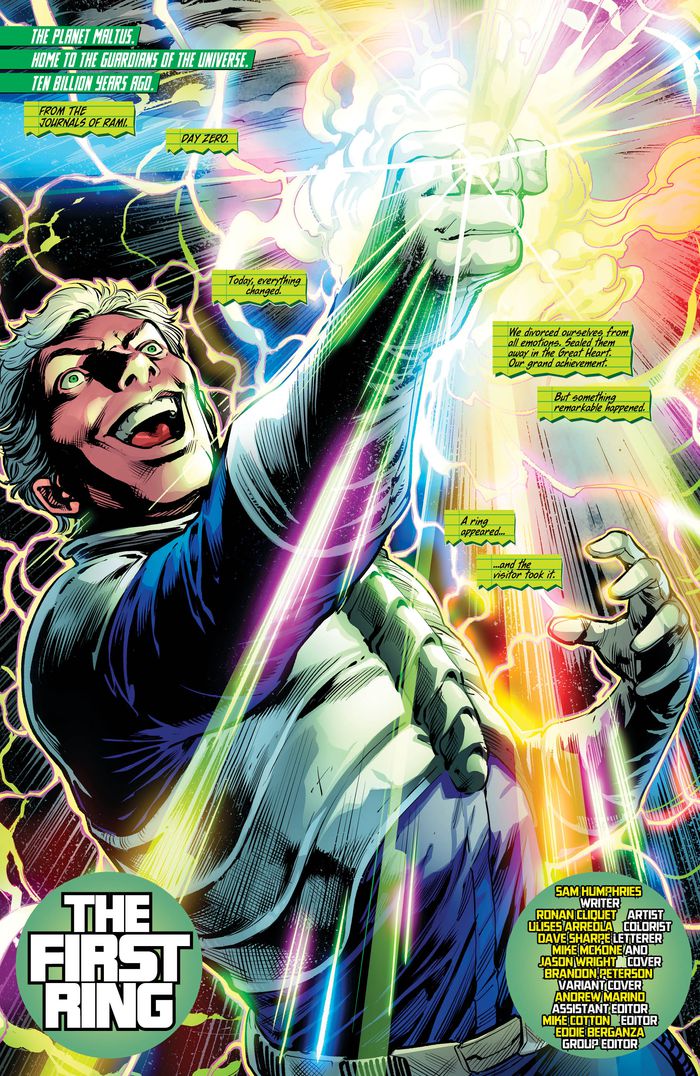 When Rami uses the travel lantern to go back in time, he discovers something that changes the relationship between the two men. Something that causes Volthoom to turn and become the monster that he is. Something both tragic and sad that leads to destruction on both sides, the forging of the first Green Lantern rings and the creation of the first Corps.

As a history lesson, I enjoyed this issue. The conflict and eventual creation of the Green Lantern rings is an interesting story told here with a style that allows for the character conflicts to take center stage. Humphries is smart to take Simon and Jessica out of this story and focus on the history of the conflict and the Guardians. Cliquet’s art is subtle and allows for the story to be told without overpowering the narrative with unnecessary splash pages and angles. This is a small story with grand implications and it needed to be told this way.