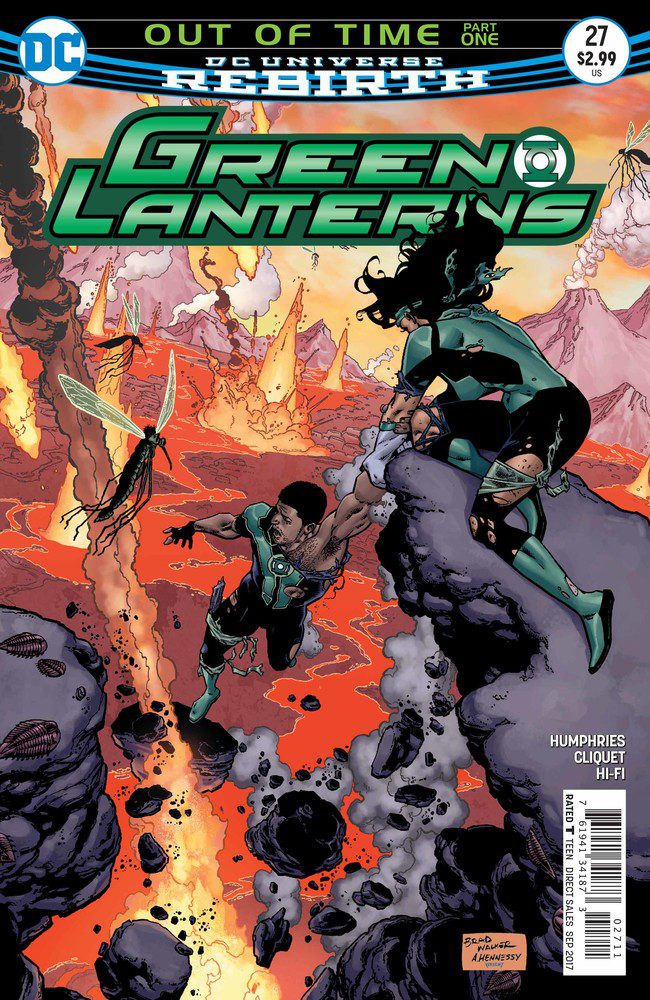 Simon and Jessica find themselves hurled through space to parts unknown as the aftermath of their battle with Volthoom continues. Jessica lands on a planet and is immediately attacked. As she makes her escape and tries to establish where she is, she immediately goes looking for Simon. Simon is in worse shape after the destruction of his ring. He is powerless and on the run from a flock of bird like creatures who are determined and persistent. As the pair reunite, they take a moment to assess the damage, Simon especially and it does not look good for the Lantern. Both Simon and Jessica are attacked at every turn by the increasingly hostile creatures on the planet and Jessica’s ring signals that there might be hope for them. 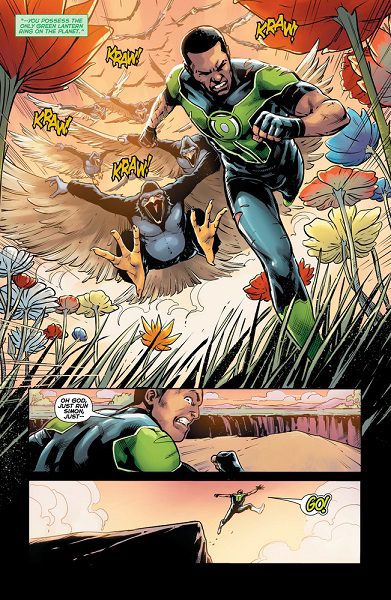 Meanwhile, a new entity enters the universe from a collective consciousness that has not taken physical form before. As the new life form battles the solitude of being alone with its own thoughts, its ability to overcome that fear attracts the attention of a Green Lantern ring. Simon and Jessica come to a location that might hold someone that can get them back home. As they make their way deeper into the mountain containing the energy, they find something there that is wholly unexpected and when they finally discover where they are, it could change everything about their predicament.

Humphries is definitely putting these two through their paces. It will be interesting to see how they overcome their current situation. The issue is enjoyable, but there wasn’t much that was memorable about it. The action away from the two leads actually engaged me more than the Simon/Jessica dynamic. Cliquet’s artwork really shines in this issue. There are so many lush environments that are present on the page and all of the action scenes work well from a composition standpoint.