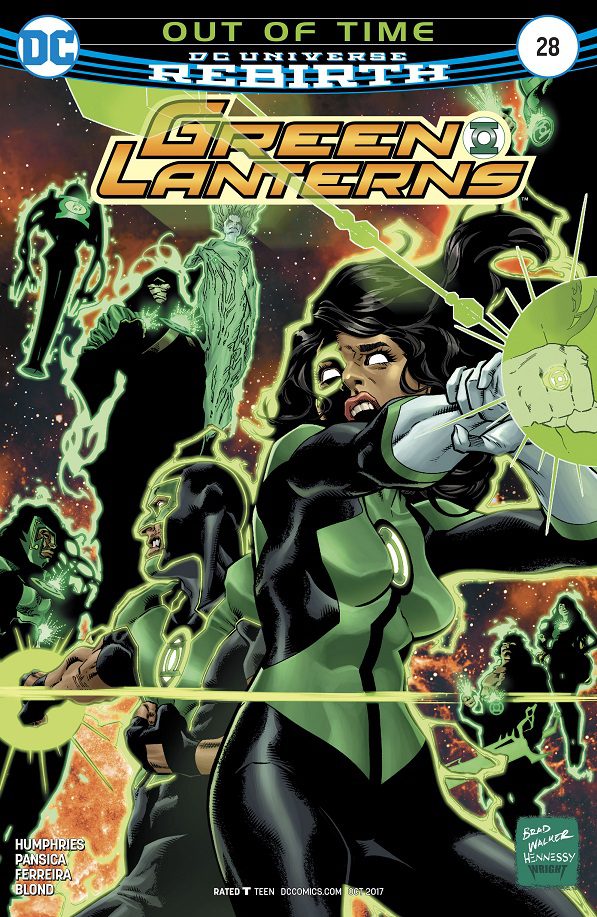 “Out of Time Part Two”

Ten billion years ago an expedition leaves an alien planet and travels among the stars in the planet’s first attempt at colonization. As the expedition lands on an inhabitable planet, the crew claims it for their home planet: Krypton. As a storm descends on the downed ship and its colonists, one of them saves the colonist from death only to be called upon to be a member of the Green Lantern Corps. As Simon and Jessica await an attack from incoming Lanterns, we are introduced to the First Seven Green Lanterns. As they meet each other, Rami appears to warn them of the threat of Volthoom. 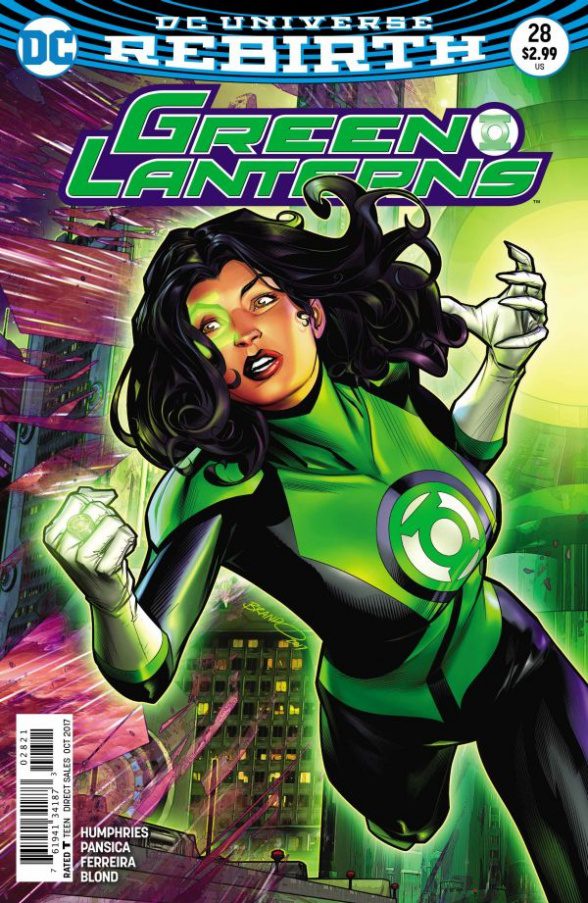 As the initiates reject Rami’s message and begin to fight among themselves, they finally notice Simon and Jessica and take them for imposters. As they converge to attack, Jessica shows them what the rings can do, impressing the group as she steps up to take command of the situation. Forgetting that people gifted with a device powered by will can be willful, Jessica tries to step in and take over but is overpowered by the new Lanterns and their desires for what they can do with the rings that they have. Desires that lead to the ultimate death of one of the new ring bearers as Volthoom continues his assault on the Science Citadel.

I like the tone of this issue. It’s interesting to note that given the power of a Green Lantern ring does not mean that the bearer is suited to using it effectively. The fact that will is the underlying power of the rings themselves means that the other emotions that drive them don’t necessarily make them the best people, even with the power. Humphries continues to up the stakes for both Simon and Jessica while also filling in the holes in the history of the Corps. It will be interesting to see how Simon and Jessica’s training will reverberate through time. Pansica’s artwork is great and there are some great visceral action beats that draw the eye.