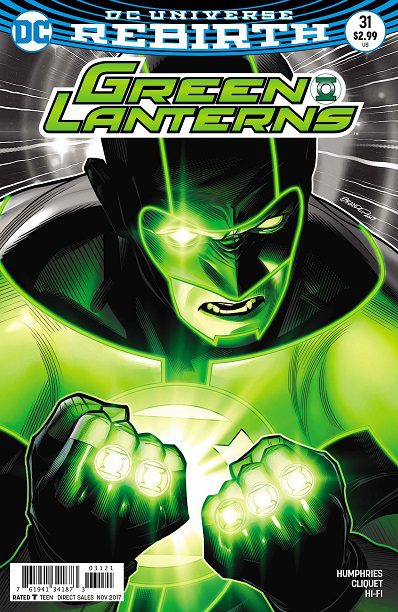 “Out of Time Conclusion”

In the present, Rami is trying to keep Tyran’R alive. A task made more difficult knowing the former thief is now billions of years older. In the past, Jessica is trying to rally the remaining first lanterns as Simon takes on Volthoom alone with the combined might of four power rings. He manages to keep Volthoom contained with the help of the surviving Lanterns, but the access to the emotional spectrum is driving Volthoom insane and he can’t control his growing powers. As they manage to trap him, Jessica tries to reason with him. They know his only goal is to go home and she tries to get him to realize what his connection to the spectrum is doing to him. 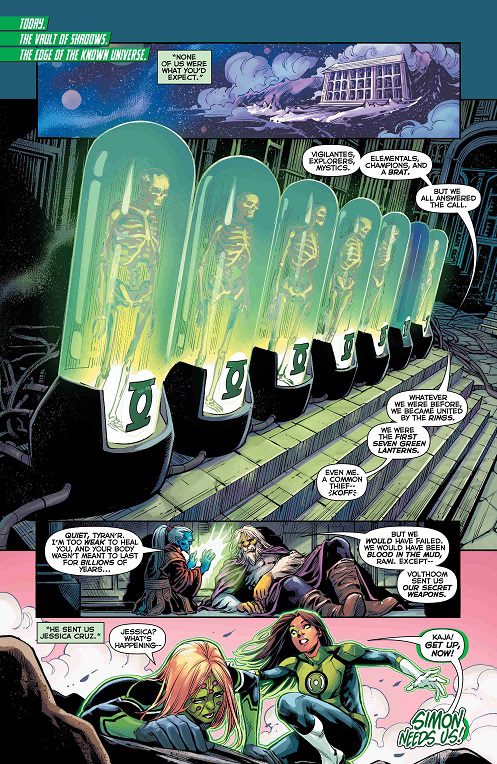 As Jessica and Simon de-escalate the situation, the Guardians move in and secure Volthoom. Rami and the Lanterns argue over what to do with Volthoom as the man himself gives a dire warning to Rami before committing one final act with the Travel Lantern. As Jessica and Simon return to the present, they finally get some good news and a new assignment that might not be the easy transition they were hoping for.

The conclusion to this story was a little predictable but bittersweet. It was nice to see the dynamic between Simon and Jessica realized as they were put in the position of not being able to rely on being new as an excuse anymore. It was nice to see them both step up. Humphries is really good at getting to the emotional core of a moment and this issue worked on that level. Cliquet’s artwork continues to be strong and I enjoyed many of the close-ups because they conveyed a lot of emotion.