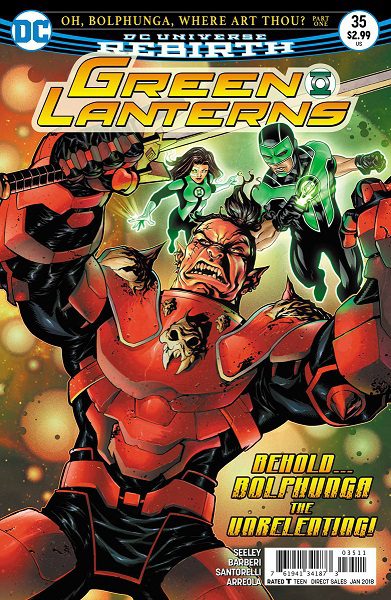 “Oh, Bolphunga, Where Art Thou? Part One”

Jessica Cruz has decided that after spending weeks as a cook in the restaurant she got her new job in, she’s ready to go out on the floor as a waitress. Unfortunately, someone has decided to interrupt her meeting with her boss by demanding to speak to the Green Lantern of Earth. As Jessica tries to determine what the space pirate wants, the destruction he levels to get her attention alerts Cruz’s partner.

Meanwhile, Simon is trying to find his own way as he squats on the Green Lantern station in Sector 2814. A situation that the one night stand he had over that night isn’t shy about reminding him of. On Ungara, a murder mystery is developing that could fracture the fragile peace of the planet and put their newest refugees, the Molites, in the crosshairs. Simon meets up with Jessica after learning about Bolphunga and the two go hunting for the space pirate. 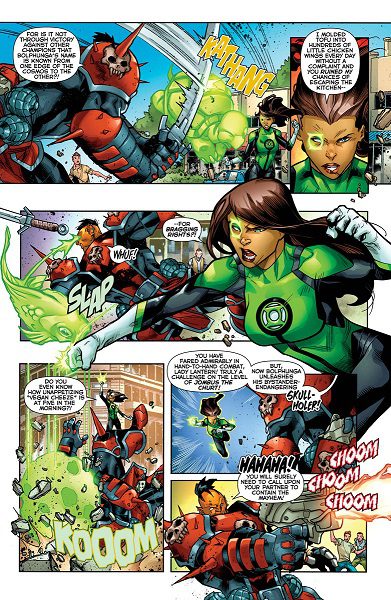 As they both battle Bolphunga, there is a certain lack of enthusiasm from the creature. He almost seems to be herding them during the fight and when he gets them where he wants them, the Green Lanterns find out that there was more to this fight than they thought.

This was a fun issue that introduced some interesting elements that the Lanterns will face down the road. I actually liked the way Bolphunga was used in this issue and the circumstances of what brings him to Earth are entertaining to read. Seeley has done a good job of foreshadowing a new challenge for Simon and Jessica while at the same time having fun with the characters and the world they inhabit. Barberi’s artwork compliments this narrative well and there are some great action beats and hero shots from both Lanterns.