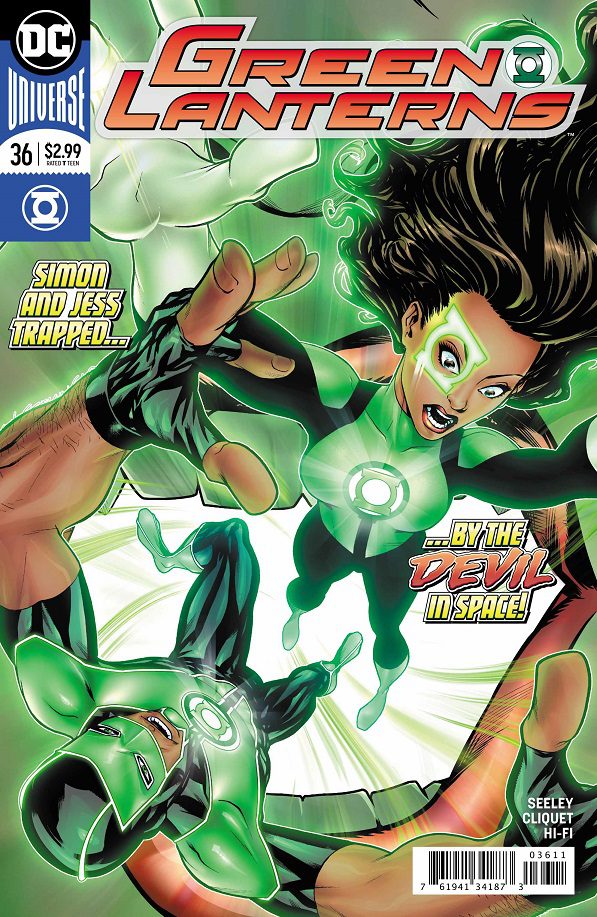 Simon and Jessica were dealing with some mildly entertaining family drama with Bolphunga in the last issue and it looks like that drama is coming to a head in this one. This issue starts with Jessica Cruz giving an inquiry on the events of Bolphunga’s capture, a story move that removes all stakes and suspense from the rest of the story. Instead of being an active participant in the narrative, the reader is reduced to a passenger waiting to see how the story plays out without truly being invested in it. 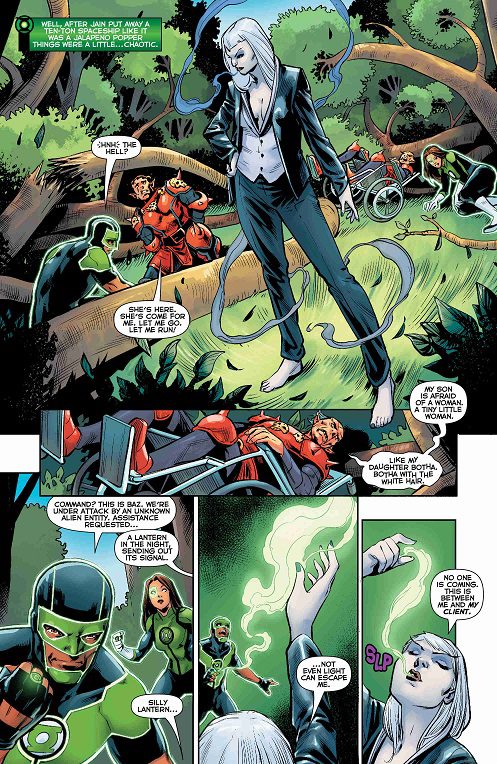 his means of escaping with his father. As the alien deftly takes out the Lanterns, she turns her attention back to Bolphunga and his father before Cruz decides to separate them, giving Simon time to get the two away from the area. Jessica finds it harder to keep Jain down when she continues to absorb her power and eventually absorbs her as well. As the Lanterns deal with the threat and Bolphunga is put in the position of having to actually do something himself, another threat looms for the displaced Molites on Ungara as a mystery continues to unfold there as well.

Have you seen this:
Undiscovered Country #7 (REVIEW)

This issue is an example of the B story being more interesting than the A story. While the lawyer and her abilities were interesting to see, the story was cliché and a little slow moving. I would have liked to have gotten more of the Molite story than this one with Bolphunga.